Let’s face it 2020 sucked. It was probabaly one of the worst years on record. If you were one of the lucky ones who had no real economic hit to your wallet, consider yourself lucky. I know so many who had issues with money, Covid (pre vax days), and life in general. As 2020 went on my anxeity was an 11 on a scale of one to 10. I needed something other than happy pills to calm me down and help me releax.

In January, I remembed I used to draw all the time when I was younger and into my 20’s. After seen Danny’s art, I wondered if i could do something of my own? I dove into the app Procreate on the iPad, with the Apple Pencil. At first it was not good. But, I was rusty from not dawing for over 20 years. But, as this year has gone on I have improved and really finding my style.

I focus on underwear, swimwaer and spandex. These are the things that bring me joy. I have a few muses out there that you have seen. Alec, ClemsonCub, UndieDude24, MuscleBard, WhatthefScience, and I know I”m missing a few people. They are a diverse group of guys form beefy to musucalr. Plus each of these guys are some of the nicest guys out there.

However, I don’t do just guys. I have drawn buildings (think Vegas), political art (especially after Jan 6), humor (see my Clear mind and Living the Dream on Elm Street). Some of these may or may not see the light of day. Maybe if I do an art show I’ll pull them out and put them up. SHH, but that’s one thing I’d love to do sometime maybe in P-town have an art show of all my work.

Speaking of my work. I have hundreds of pictures I have drawn. You guys have only seen a small fraction of what I have done. Most of the times I don’t like something in the picture and haven’t found a way to fix whats wrong. Occasionally I’ll go back a few months later and revisit a picture and fix it. There are other pics I choose off social media for a challenge. I want to push myself to draw better and I’ll pick a picture with serval guys or a detailed background and draw it.

I would say at any given time I”m working on 20 different pictures at once. It’s funny because I will drawa something look at it and go, “um no.’ then a week later go back and go “what was I looking at this is great.” and finish it. Or more likely it’s “oh yeah that is hot garbage.” Its not the original picture it’s my take on the picture that I’m not happy. It has to be perfect for me to release. This week I have so many good finished pics I want to put out but don’t want to post more than one a day on IG. Other weeks I have nothing I want to share and I’m not motivated.

Some questions I get asked about my art:

Can you draw me? I can draw you one of two ways. The first is hire me for a comission and you get a high-res image for you to keep and the ability to add on a print of your art. The second is submit a pic for consideration. If you submit a pic, there is no telling when I will get to the picture and it will be posted on my social media accounts. It gets put on my draw stack and when I feel inspired I will draw. That woudl be a few days to a few months. If interested in a comission, send me a DM or email.

Can I buy your art? Yes you can, I opened my own store to sell prints, t-shirts and more. If there is a piece of art I have drawn that you want to buy and it’s not on the store, DM me and I can get it put on the store usually in a day or two. Visit my UNB Tim Art Shop.

Where did you develop your style? Probably one of my biggest art influences is Keith Haring. I LOVED him in the 80’s. I have drawn a lot of things in his style, and one year I did my own X-Mas card, which had a pun no one got. UGH. But, I didn’t want to do a take on him exactly. I don’t think I could ever live up to his tallent and skill. He had a one of a kind look, and I wanted to do something that was influenced by him but not a direct copy. I experimented with thick lines and such but have settled into what I am doing now. I love that he is seeing a resurgence in his work, however that means I’ll porbably never own an original due to the price now.

What else do you want to draw other than hot men? I do love drawing a hot man. However, I love drawing architecture and landmarks. The more detailed the better. Also, I want to draw more clothed guys as well. The 2Beefy2Thic boys, I drew their wedding pics and LOVEd how they turned out. So, wedding pics would be fun to add into the mix as well as suited men.

What does the future hold for your art? I want to take some classes in life drawing so I can improve. I also want to learn Procreate a lot better. I’m very 2 D in my work and want to add in more shadows and shading to make it more 3 D. I have experimented with that but still not where I want to be. I hope my art keeps evolving and you guys want to see it. 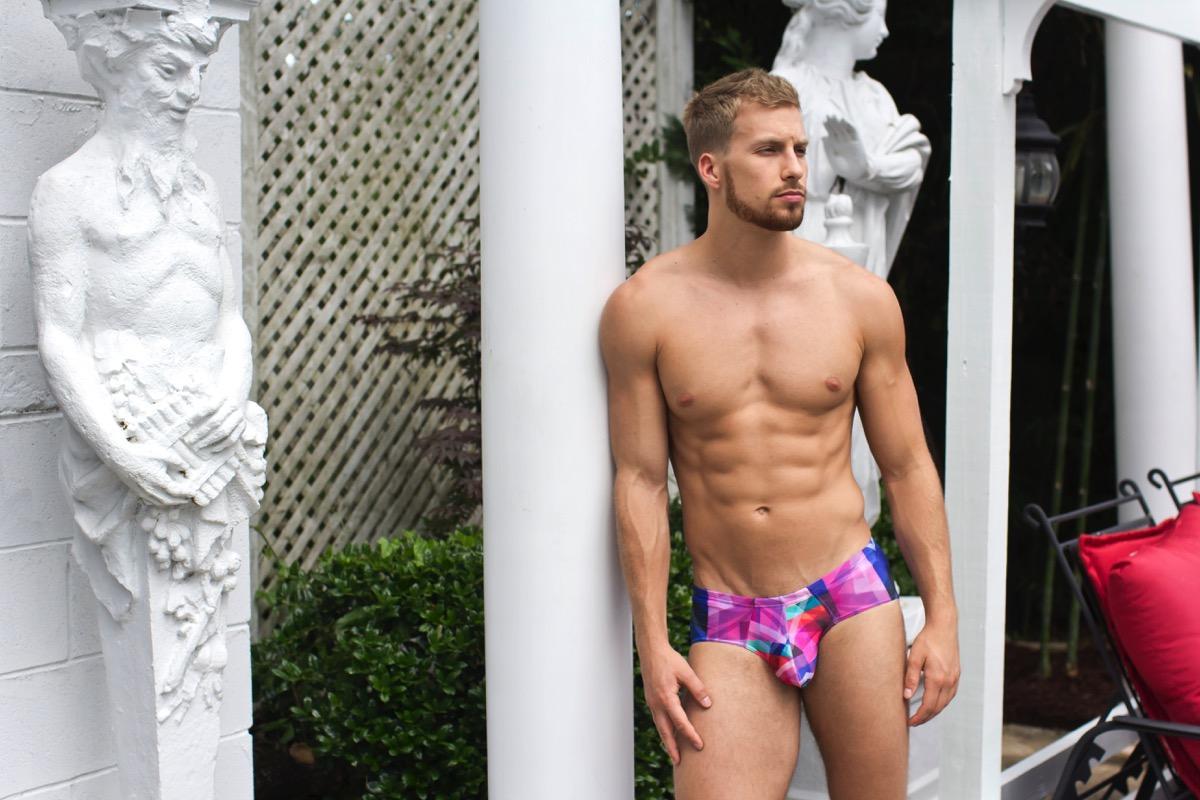 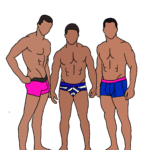