Ok guys what or who influences your buying? The first thing we asked was does your significant other influence your undies? Well, almost 50% say NOPE! I think most partners don’t really get into undies as much as we do ourselves. There are a few who love it and get it but I think we wear what we feel sexy and not what our partners think is sexy.

I’m always curious if brand emails influence you guys. I subscribe so I can find out what’s new on the market. It’s prob my top way to know when things are happening. If you have a favorite brand I suggest getting on their email list so you get word of new things, even if you buy it from an online store.

We do news write ups and we have them long and short. I’m just always curious what you guys think of them. Glad to see they are some what useful. but the majority of you guys find a little less value. So it has me thinking the content on the site. This will definitely impact going forward.

This one makes me sad more than surprised. It reaffirms that you guys don’t talk undies with your friends. I have several friends I regularly talk undies. I think we need to work on this and have it so guys are comfy talking about the undies they love or a new pair coming out.

This is interesting. I swear that reviews were much higher in the past. Almost 40% find that reviews are either a good deal or very important in influencing decisions. It’s another one of those things that I wonder if it’s something guys like but don’t realize they like. hmmm

This is something I have felt for a while. In certain industries influencers generate traffic and sales but I don’t think that social influencers in underwear generate as much. Guys like to see hot guys in undies but does this translate into sales. According to you guys not at all.

Ok guys this makes me feel way better. You guys do read and like underwear blogs. I know a lot has gone to IG, and other social platforms. But I think a blog will always be around and guys will want to read and see what’s new in undies.

It should come as no surprise price does influence purchases. I know the whole sale vs regular price. Plus new pairs and line generally cost more than those out a while. If you are like me on a limited budget for undies you will see what’s out there and plan your money accordingly .

Last is sales. This was a no brainer to put in and you guys did what I think. If it’s a good sale you will buy. If it’s a bad sale you won’t. We had a brand years ago who wanted to do a promotion with us and suggested 10% off. I told them it won’t move the needle. They insisted and we ran it and there was one sale with the code, one I made! To really be effective it has to be 20% or more.

This slide makes me so freaking happy. I’m glad to know that I have influenced 70% of you guys to buy something. I LOVE undies and really want to share that love with you guys. SO it means a lot you guys feel like you have received some value from UNB.

Another hard to read slide! But see the umbers below. None of this really surprised me greatly 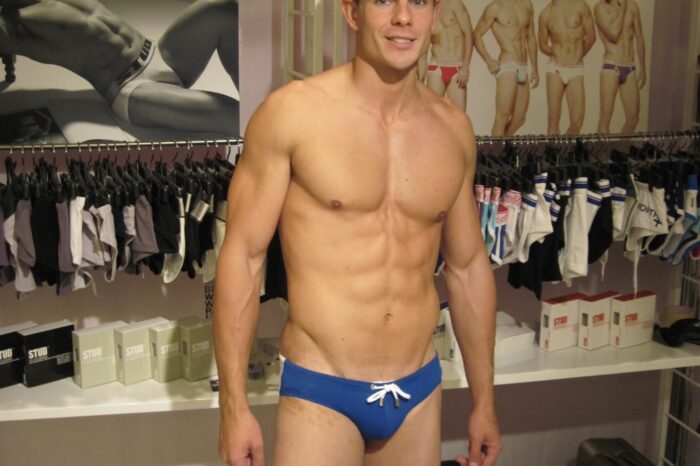 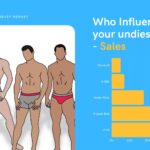