Is Men’s Underwear a Joke

Over the course of UNB, I have met so many amazing guys. It ranges from gay, straight, young, old, bodybuilder to bears.  One thing that has bonded us is our love of wearing what we want and not letting it define who we are. So what a big straight, married bodybuilder loves thongs.  Or a twink that is younger and loves the fit of trunks.   It doesn’t matter because underwear can’t be gay or straight.

I guess I have been in this bubble for a while, so it caught me off guard when something happened yesterday.  On the UNB Store account, I posted about the PPU jock garter, and somehow, it got picked up in non-underwear Twitter. I started to get tons of notifications and thought, “oh wow, people love this pair.”   At first, I wanted to go all off on some of these people.  I took it as a personal attack on my store and me.  I took a breath and realized that just going on some of the immature comments would do anyone any good.  I decided to join some of the conversations and sent tweets saying positive things, and guys love something other than boxers.

I guess I thought we were getting to a new place where outdated tropes were being left behind.  Being surrounded by like-minded guys insulated me from this way of thinking.  What surprised me most is some of these people making comments posted about racial equality, pro-covid protection, and more left-leaning politics.  So this came to me as odd that they pic this to comment on.  Is it me, or is it some veiled homophobia in these people?   One comment is who would buy this for their Man and who would wear it. This was from a woman.  I replied to her that many guys would wear it and love it.

After a few hours, the tweets calmed down. But I’m still like, WTF.  It just shows me that we still have a long way to go as far as we have come. If you are a guy who has to deal with this daily, reach out to me or any of our guys on social media.  We will always talk undies. 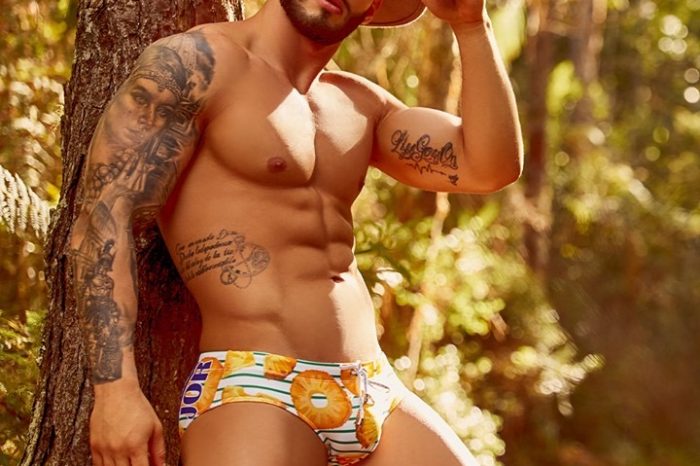 I am a very conservative underwear loving gay guy. I have found that a lot of people tend to be open when a subject is positively popular in the media but are closed off when the opposite is true. This transcends political or world and philosophical views. It’s sad that we tend to be unable to have wholesale opinions without checking media approval. I for one have known what I like, can argue for the benefit to me personally and don’t care if anyone understands or not. I don’t need approval or disapproval from faceless corporations or media conglomerates. Unfortunately, we may suffer weak kneed fools on all sides of the spectrums for sometime but I’ll continue to be me, a political pariah among my own kind and an underwear lover. If anyone doesn’t like it, they can f@@@ off.

People are monsters hiding behind a screen, 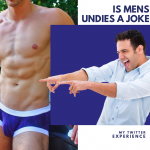 Is Men’s Underwear a Joke