Before we get started with our interview, I’m sure many of our readers have seen you over the years on UNB. Tell our readers more about you; when you have free time, what do you do in your downtime? What are your hobbies and interests?

The thing about DW Chase, it’s an alter ego. That’s why there isn’t that much information about “me.” I have tried to keep my, let’s call it “modeling” stuff separate from the rest of my personal and career life. That being said, I am not a person who really enjoys conventional downtime. If I am not working one of my four jobs, I am usually at the beach tanning, at the gym training, or working in my hibiscus garden. I can’t sleep unless I feel like I have accomplished stuff every day. Because of the stay at home stuff, I have gotten more into hibiscus, exotic ones, and I live next to a nursery so, that’s become my real hobby lately.

When did you start modeling?

“Modeling” is a word I use loosely because there are real models out there who make a living doing all that, with agencies and stuff. I started taking my own photos when I still lived back in Western North Carolina out of boredom around 16. Model Mayhem connected me with local photographers. After I got my bachelor’s, I moved to Los Angeles, worked with more photographers, and then landed a job in Texas, where my real career and the modeling stuff became more of a focus.

What made you focus on the world of underwear/swimwear?

As someone who grew up very isolated, with no self-confidence, it was a gradual thing for sure. I always knew there had to be some alternative to baggy board shorts, and my love of the beach just led me in that direction. I actually didn’t buy my first pair of swim briefs until I lived in Los Angeles after college. My height and body frame ushered me more in the direction of swim and underwear, I tried to do clothes modeling, and it just never worked. I grew to be fascinated by swimwear brands and stuff that I never had access to at a young age, and those types of things just kept getting more mainstream. As I began to travel to Australia, Japan, and other countries, I also realized smaller, more fitted swimwear was what people in shape wore.

You have been in so many magazines and websites over the years. What are some of your major accomplishments in the world of modeling?

Those have all been great, and I still can’t believe anyone would feature me. Even some of the artists I have worked with, if I didn’t have the proof, I wouldn’t believe it. I am blessed to have met and worked with such talented people in some amazing locations. Being featured on tv Dylan’s LUST book’s cover was certainly a highlight; more recently, getting to do a multi-day shoot with Charlie Valentine in Kauai around the island in “locals only” spots was certainly a photoshoot I will cherish forever.

What do you credit your success over the years and longevity in the industry?

I’m tenacious for sure; I think adapting is another thing you just have to do with social media, learning what’s new, but at the same time, still being able to offer your fans what they expect and keep surprising them. I’ve been called the king of the tease, ha ha, so I think that’s another thing. Persistence is something important to me, like with my new website DWCHASE.com, I post something new every day. I make rules for myself and take it very seriously.

You always wear some of the hottest gear in your shoots. Do you have any favorite brands you like to wear? If so, what brands do you love?

I have a lot of favorites and keep discovering new ones. Rufskin is a brand that I discovered a long time ago, and I have some really old stuff from them that I still wear, and they always keep reinventing themselves. CA-RIO-CA swimwear is another company that, when producing new stuff, seems to fit my body and personality very well. Marcuse out of Australia has some of the best fitting swimwear, as does Modus Vivendi in Greece. ES Collection has by far my favorite jockstraps. MerTailor is one of the most innovative also.

Where have been the best locations you have ever shot at? And why did you love them?

As I mentioned before, my second trip and second shoot with Charlie Valentine all over the Island of Kauai is one of the best I have had in my 135 photoshoots. Some locations in Peth Australia with Ev Dylan were unforgettable. The state park in Costa Rica was perfection in every direction. Shot there with Esteban Barrientos. The West Coast of Puerto Rico was also picture perfect. Location shoots are what really get me excited about photography.

You take a lot of pics yourself on your deck/patio. How do you take such amazing pics by yourself?

Years of practice, but to fulfill the quota I create for myself, I learned a long time ago that a tripod and timer are your best friend. I think so much self-photography has made me better when I work with others because I already know what works and what doesn’t.

You have had a few guests on the patio/deck. Is there a model or models you would love to do a shoot with?

I feel like I need to make that a series; now, you have got me thinking, “DWChase Patio Pals.” Well, my speedo wearing friend Tim had been an online friend of mine forever. It was great finally having him in Galveston to hang out with and tan with. Hey, I am open to anyone who wants to hang out and take pics. I sadly don’t have a lot of model friends, and I am not sure why. So, DM me! Ha ha

Has anyone ever busted you when you were trying to take the perfect pic? Or do you have an interesting story about taking your own pics?

That has happened once or twice on an actual photoshoot—less busted, but more “people in my way” type of thing. But I tend to gravitate towards more secluded locations anyway. The only interesting story I have that would fit here is a few people from my gym have found me on Twitter, haha.

When not modeling, what is your favorite style of underwear to wear? (Thongs, jocks, briefs, bikinis, trunks, boxer briefs). Also, what is your favorite swimwear to wear? My everyday underwear is Tani Briefs, my every other day gym workout alternates jockstraps, which I usually post on Twitter. Briefs for underwear is my preference, and bikini style cut for swimwear. My current favorite pair (changes constantly) is probably a hot pink bikini cut suit from Modus Vivendi.

What is your opinion on swim thongs? Do you like them? And wear them?

I did some photos in one while in Puerto Rico. I am not a huge thong person, but they do look pretty hot for photos. I certainly can’t make them look as good as Jf De La Torre!

What is one word that describes you?

What is a fact about you that would surprise our readers? (are you shy? Love disco? Know all the words to Star Wars?)

Oh, there are lots. Here are a few quick ones.
I’ve never drank alcohol, never been to a bar, never smoked; I mostly only listen to instrumental music (mainly Hawaiian Slack Key Guitar). I haven’t had pizza in about a decade. I hate Disney movies, loathe animated anything. I can’t stand the temperature under 60 degrees, and I don’t celebrate holidays or birthdays. 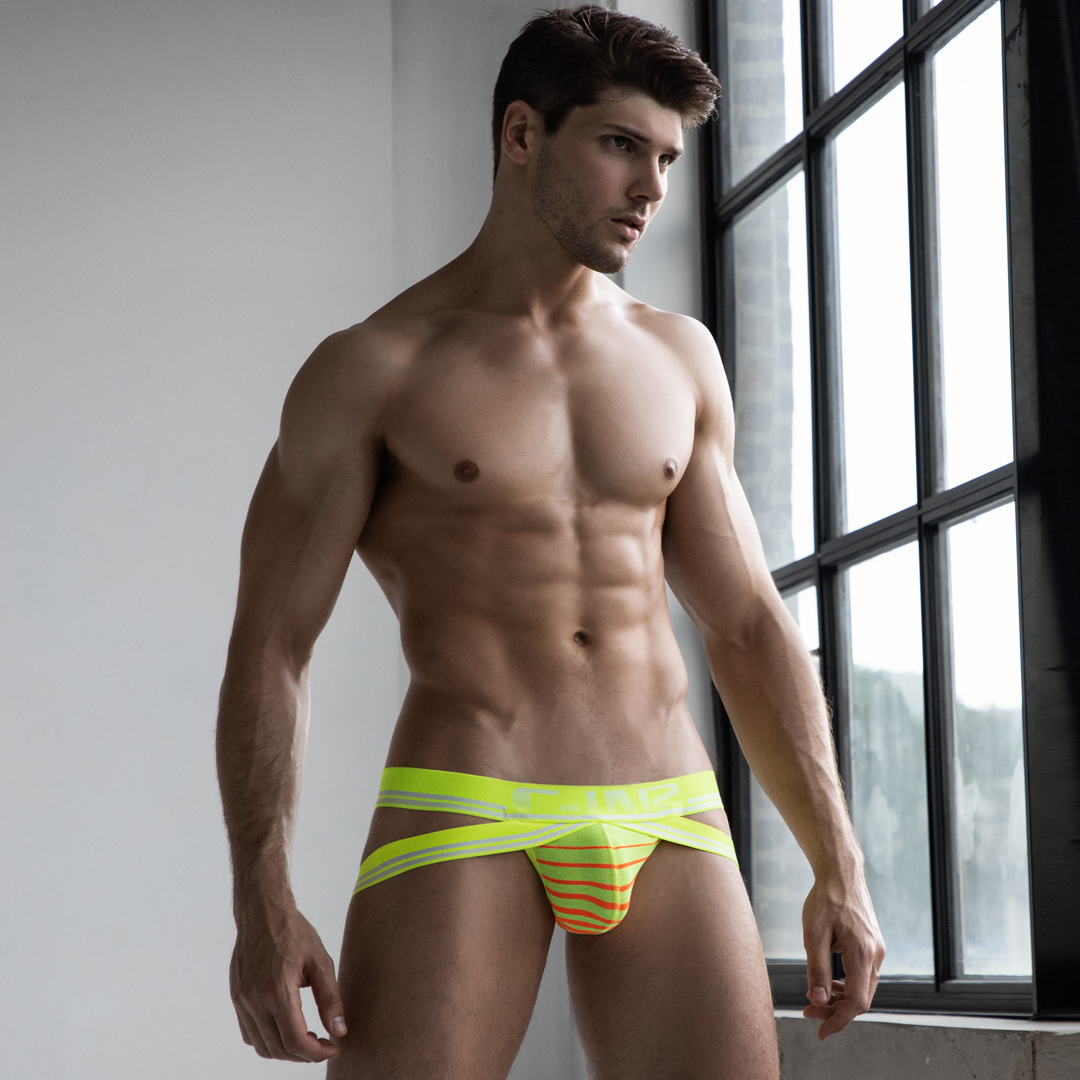 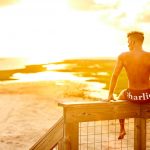