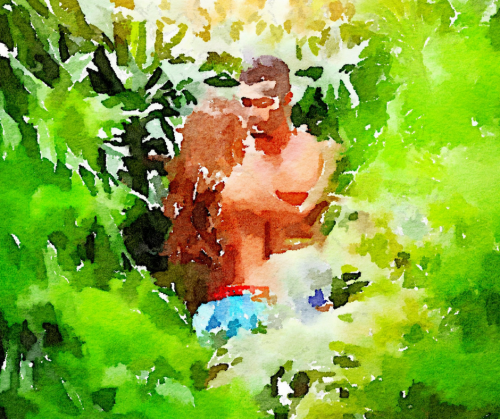 Some guys were lucky and had a particular person influence their love for underwear. This wasn’t exactly the case for me. My admiration for underwear started in my teens. I loved catching glimpse of women in their underwear or swimsuits on TV shows and movies. Baywatch was a good one for this. Even seeing models in flyer ads and catalogs was something I sought out. You may think that sounds like a normal teenage boy. Personally, I considered myself more obsessed with it. Other guys rather see the naked girls while I’d prefer to see them in their bikinis and thongs. I definitely sought out after glimpses of them.

Seeing that guys had sexy undies like the ladies got me wanting to get my hands on a pair. Of course living at home and not having a credit card made this a difficult mission to complete. Until one day in a Kmart ad I saw string bikinis for guys on sale. By this time I could drive, so I gave my parents a reason I needed the car to go to the store. When I got home and tried on my first pair, I knew I found my new found love. I loved how they looked and felt on. And now I knew why women liked to wear them.

I still wondered about a thong, but those weren’t in the local store. It wasn’t until college that my chance to experiment with underwear happened. With the Internet and a credit card, I was able to shop the web. Remembering the Undergear catalog I found their site. Seeing all that sexy underwear opened my eyes to new options. My first order from Undergear I had to included a thong. It was actually a g-string. When it came it was pretty much the same experience as my first string bikini. Loved the look and sexiness of it. Probably liked that it was a bit daring and against the norm.

I guess it wasn’t completely women that influenced my underwear journey. It was that catalog of catalogs that brought light to me that men had more options than boxers and briefs. Though if it wasn’t for my admiration of women in them, I don’t think those catalogs would have jumped out at me as much as they did. I don’t believe I would have wanted to know what wearing a bikini or thong would be like if I didn’t think they looked sexy on females. I also thought if I liked the looks of them on women then they should like the looks on me. This is why I attribute women to my journey into bikinis and thongs. 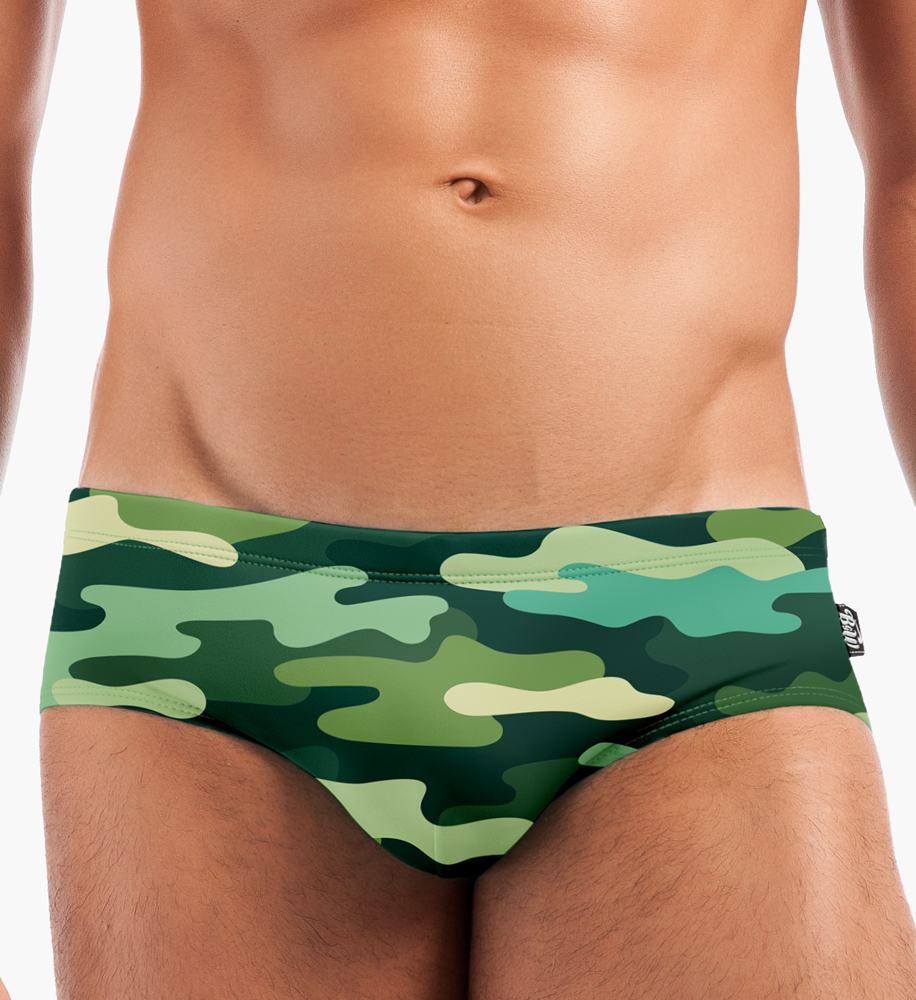 Swimwear Sunday - Get Wet In Camo

Women were a big influence on my choice of underwear too, although it was less media-driven and more personal initially. My mother started things in probably about 1980 when I would have been about 13 by buying me bikini briefs. They were quite risqué for then as I only ever wore, or saw my schoolmates wear the more substantial y-front style briefs before then. At the time I was not happy as I thought they were quite feminine, but it didn’t take long for me to love them.

The next major influence was my girlfriend a few years later (aged about 16), who wore very skimpy string bikini briefs (tangas). The first time I’d experienced them apart from seeing them on TV or films. I was smitten, and when I saw a men’s one in a changing room in about 1986 I knew I had to have some, and found them on sale in Debenhams. From then it was the only style I wore for several years, progressing to wearing the equivalent style in swimwear too. Men’s bikini briefs at the time were following behind women’s styles, and getting gradually briefer. You could buy them from many of the high-street stores here in the U.K. and as women’s thongs began to gain popularity in the 90’s, men’s versions became available too and I started to buy and wear these too, although it took a few years (1995 I think) before I was brave enough to wear them on the beach!

For years now I’ve been fully converted to thongs and wear no other styles, apart from the occasional bikini for pool swimming…

Thanks for sharing the way women influenced your journey into underwear. Always nice to hear everyone’s story.

I think that the reactions women have their men in sexy underwear is huge. It can be downright conditioning. We all want our ladies or guys to like what we wear and think we look sexy. If you wear a thong and their reaction to them is straight terror then that to me is a strong negative reinforcement to not wear thong underwear. On the flip side, if she responds positively then obviously you have motivation to wear them more often.

Quick anecdote from a guy I was chatting with on Insta: he answered the door to the pizza delivery girl wearing nothing but a thong. Turns out she loved it and asked to grab his bum! I love that response and that is exactly the kind of positive reinforcement from women that I think could turn more men looking to sexy underwear.

I’d probably move on if I got too much of a negative reactions. I know some are afraid of what their mate may think and hide the skimpy underwear. My opinion is you should be wearing them from the beginning of the relationship. Don’t hide what you like. That goes for more than just underwear.The right person should respect your choice, but hopefully enjoys it. I’ve only had positive reactions to my underwear choice.

Now I wouldn’t answer my door in just a bikini or thong. A bit too daring for me.

I have to say the overwhelming response to my underwear / swimwear choices have been positive. Whilst I’ve never knowingly attracted women because of my underwear, the women I’ve dated (and in one case gone on to marry) have reacted with pleasant surprise, and one in particular was quite turned on by the discovery! Perhaps I’m just lucky, or perhaps my choice of underwear is a reflection of my personality and general dress code anyway, so anyone attracted would be the type of person who’d like that anyway? 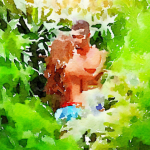