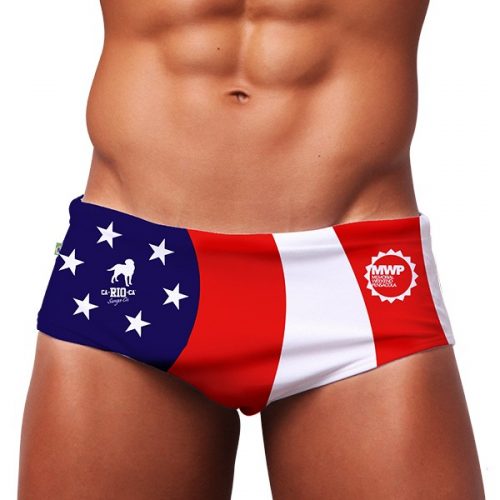 It’s time for SWIMWEAR SUNDAY! This is our segment where we profile swimwear to help you guys take on the UNB 2016 Swim Brief Challenge. We profile from classic cuts to more risque cuts. We have a really cool pair today from CA-RIO-CA, but more on that in a sec.

If you’re gay you probably know all about this, if you’re straight this may be your first time hearing it. Being in the south one of the big things that happen is Memorial Day in Pensacola. It’s been going on for years. In my younger days, it was tons of guys in swim briefs as far as the eye could see. Over the years guys have moved away from the brief and worn trunks and shorts. However, many are moving back to the brief. I never personally went (well one time but it was Memorial Day after a hurricane hit and nothing was built up yet).

This leads us to the pair for today. CA-RIO-CA is making a limited edition Pensacola print in their traditional sunga and brief. If you are unfamiliar with a sunga. It’s the traditional swimwear guys wear on the beaches in brazil. It’s cut a bit bigger and doesn’t have a “designed” pouch. Rather the fabric creates it’s own pouch. A sunga would be great for a guy just ditching the shorts and wanting to venture into the world of swim briefs.

This pair is specifically designed for Pensacola Memorial day weekend. It has a really cool American flag design with Pensacola written on the back. Making it the perfect pair for Memorial day. The one thing I like it’s not a literal interpretation of the flag. It’s a new take and it’s just fun. This reminds me of a pair I had years ago that were flag inspired. I rocked the hell out of them on the beach. I would do the same with these.

I really have to say CA-RIO-CA did an amazing job on this pair. Even if you’re not going to Pensacola you can pick one of these up. But this is a pair I had to profile that is going to be one of my favorites of the season. Note, this suit is available May 1st. 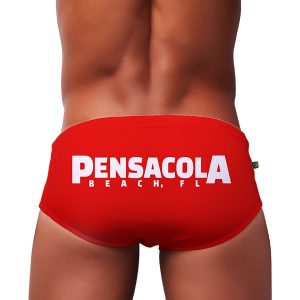 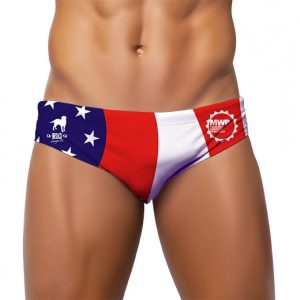 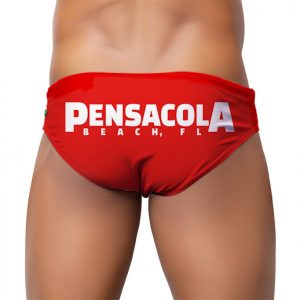 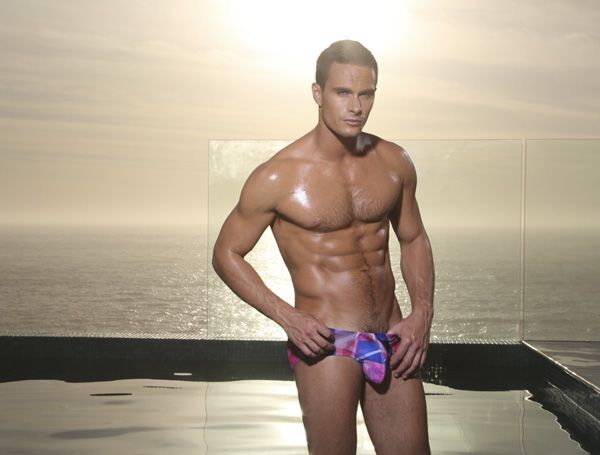 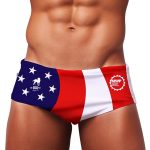