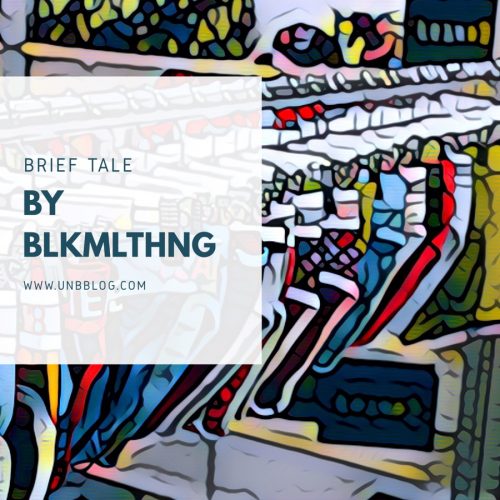 I’m a black male, 34, married to a beautiful woman and father of one son with another son on the way. I have been wearing thongs, bikinis and string bikini underwear off and on since 2001, during my freshman year of college before the start of my sophomore year. I started incorporating these styles of underwear in my daily wear in 2012 and haven’t looked back.

Like most pre-pubescent adolescent boys, I liked looking at the section of the catalogs that showed women’s underwear and have always been interested in wearing minimal/sexy underwear that was made for men.I grew up in the 80’s and 90’s when it was almost normal to see the athletes, actor or musician/singer wearing men’s bikini or skimpier. These men weren’t viewed as gay or feminine and women wanted them and men wanted to be like them.

I knew of men in my family, uncles, cousins etc that wore bikini briefs and string bikinis which were pretty normal underwear to wear during this time period. One of my uncles, in particular, was in his early 20’s when I was around 12/13 and stayed with us for short period of time after getting out of the Air Force. During this time we had to share a room until he got his own place and naturally by sharing a space I saw his underwear. This is when I knew bikini briefs and string bikinis were the underwear for me.

My uncle was so cool, he was masculine and had lots of different beautiful girlfriends and I wanted to be just like him and wore what he wore. He had different styles and patterns, mostly animal prints like zebra, snake, and cheetah, this was intriguing to me as my dad wore those ugly brown military briefs.

During this period underwear for men began to change with boxers then boxer briefs being what men were to wear. I was in high school during this period, was heavily influenced by the hip-hop culture and began to wear boxers and occasionally boxer briefs. I did this up until halfway through my freshman year of college.

During college when I was searching for underwear that provided extra support but was minimal under my clothes. I happened to stumble across thongs for men while a freshman in college shopping at Target and happened to stumble across Jake Taylor thongs for men. I was intrigued and bought a pack from then on I was hooked. This discovery of thongs for men reopened the door for me to wear bikinis and string bikinis that intrigued me at 12/13 and I began to wear this style as well. I would wear them in secret and no one I dated, friends or family knew of my underwear choice.

Fast forward to the present, I typically wear thongs, g-strings, string bikinis, bikinis and pouch brief underwear daily to work and boxer and trunk briefs occasionally. Some of my favorite brands are Obviously, Ergowear, Cocksox, and Gregg Homme. I like to think of my underwear collection as a buffet that can satisfy my appetite for the day. Currently, I have over 100 pairs of underwear that take up two drawers.

I really have to give kudos to my wife for embracing and not ridiculing me for wearing the styles of underwear that I wear. She was the first women I dated who knew of my style of underwear and when I wore a g-string in front of her for the first time her reaction was very positive! By my wife not minding me wearing the styles I like it makes me feel good and feel as though I don’t have to do it in private. To those husbands/boyfriends who are concerned with their wife/girlfriends reaction, be confident when she sees you in the underwear and you might be pleased with her reaction! Hopefully, my story and experience can inspire guys like me to look at bikinis and thongs as a great option for men’s underwear. 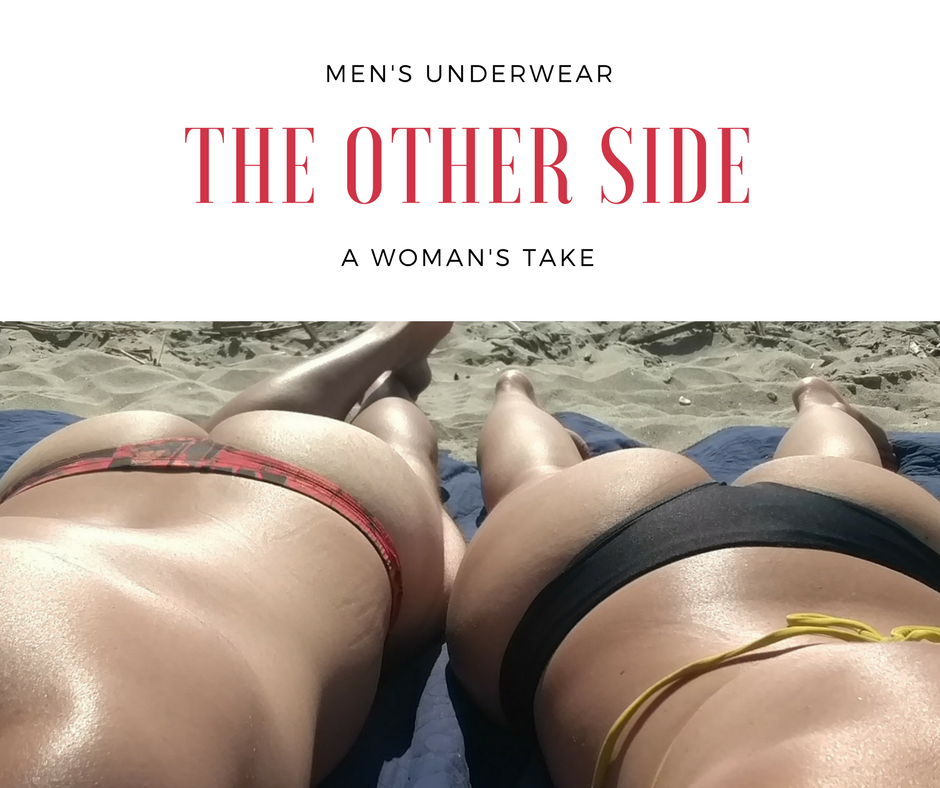 Mens Underwear The Other Side - A Womans Take

I’m always happy to read such stories, where men write about their love for thongs. You should model for this blog (headless would be okay). I’m sure it would be an encouragement for guys out there reading. 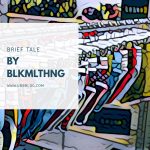