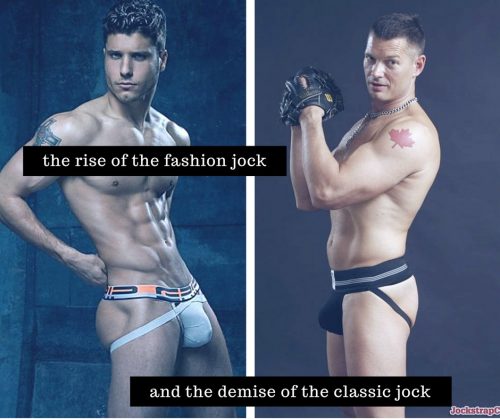 In the last few years, jockstraps have become more fashion than function. As I sit here and watch the Summer  Games in Rio, I don’t think I  have seen a hint of a jock. The only sport that I have seen them in recently is American Football. Athletes are no going for engineered designs from Nike and Under Armour. Plus with many of the uniforms being super tight having a jock line doesn’t seem to be in Fashion.

In 2009, I proclaimed that it was the year of the jock. It proved that was the turning point in jocks. They have moved from an under garment that you only wore in contact sports. To a pair of underwear you wanted to show off. In 2009 we saw more brands redesigning the classic jock. Gone was the nylon fabric and in comes breathable and comfortable fabric. Many used spandex blends to give great support without being too constricting. While others used breathable materials such as modal.

The biggest change was color. More brands were stepping outside the black or white. Jocks now come in a rainbow of colors. You name it, you can find a jock in it that hue. Some of the more popular colors over the years have been pinks and purples. Not what many would call masculine, but the mix of a non-masculine color with something masculine has it’s appeal to many guys. Baskit was the first to make a pink jock and it was one of their best sellers. While others have mixed color patterns together to create some really amazing jocks. I”m looking at you 2EROS and your Vavoom collection.

Solid colors aren’t the only thing brands have played with. Prints have become huge in jocks. One of the first I remember making them was Gigo in 2009. But many more brands have created amazing prints over the years. The trend of prints in men’s underwear is one that is picking up steam every year.

Lastly, there have been brands who have taken the jock and made it their own. C-IN2’s Grip Jock is one of those jocks. The Grip jock is about function and working out. They thought outside the box and created a new design. Jack Adams is another brand that has gone in a bit of a different direction. They have taken the jock and added zippers and lace up fronts. Still making it their own, I wouldn’t say fetish but it’s definitely fun.

Speaking of fetish how could we not mention the fetish jock! The jock will always have a place in the fetish community. Even back in the 70s/80s the jock found a special place in the leather community. I think it’s what kept it alive over the years. Now we have brands like Nasty Pig making leather, camo and other fetish jocks over the years. Then you have Cellblock 13 making neoprene jocks and harnesses.

The classic jock is a dying pair of underwear. The Classic Bike #10 Jock is no longer going to be made. Other ones that have had the “Classic design” are giving way to the new waistbands (branded with the company name) and new fabric pouches. I have a special place for the classic jock in my heart. It was one pair I had to have when discovering my love of underwear. But, I feel, the resurgence of the fashion jock did in the classic. For those who are like me and want that classic waistband and pouch. Never fear brands like Jock Up have a pair for you!

No matter what type of guy you are in jocks. Keep wearing them and have fun doing it. Pick whatever color, fabric or design you want. It’s about feeling great and wearing what you want! 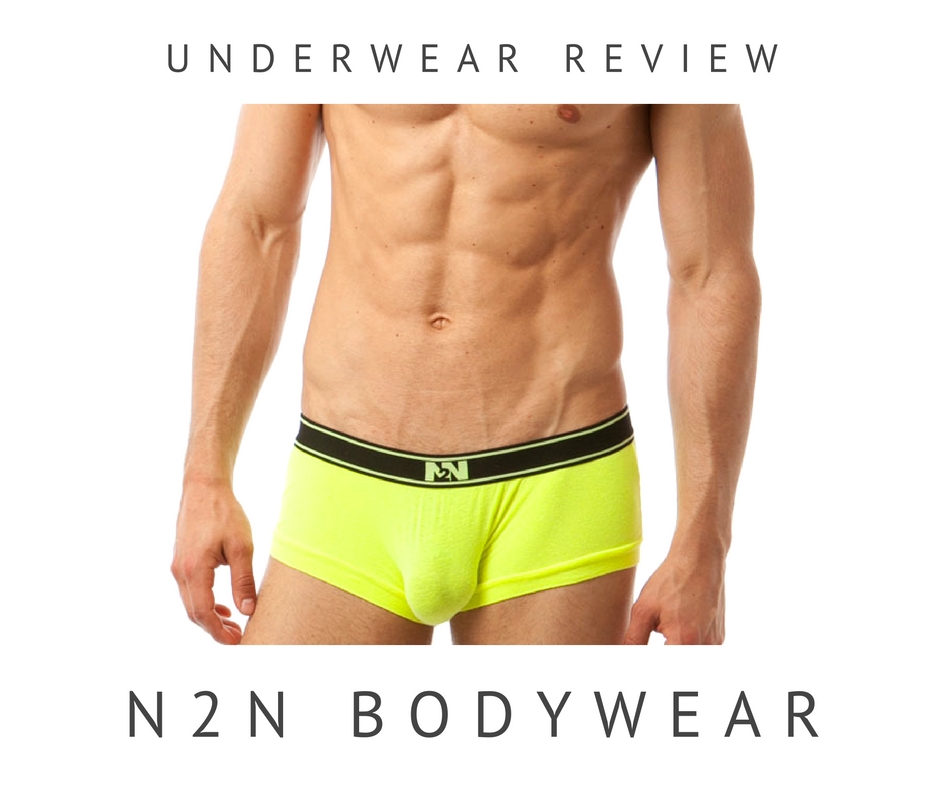 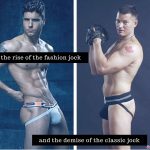