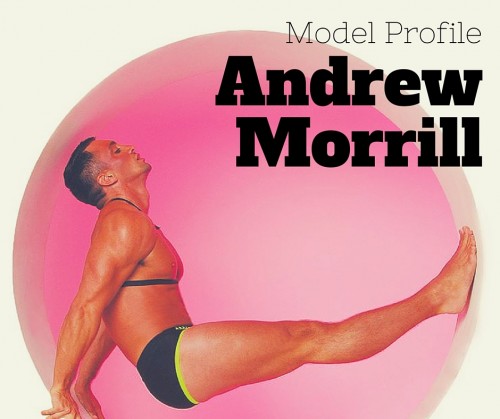 I really appreciate this you are one of my favorite models right now in the world of underwear. I think you will continue to grow in your career. Here are the questions:

Thanks for taking time to answer a few questions. You are blowing up on social media and we wanted to let our readers get to know you better. I was looking through some of our photo archives and found a shoot you did with Flash Avenue a few years ago. You have really done some awesome pictures.

You have an amazing look and are gaining a following, what made you want to pursue modeling? What was your first job?
Thanks, that’s very kind of you to say. I first started modelling when I was a college/university student back in Texas. One of my friends had gotten a job to walk in a local menswear show and asked me to come along. It started as just an easy way to make some extra money in between classes. 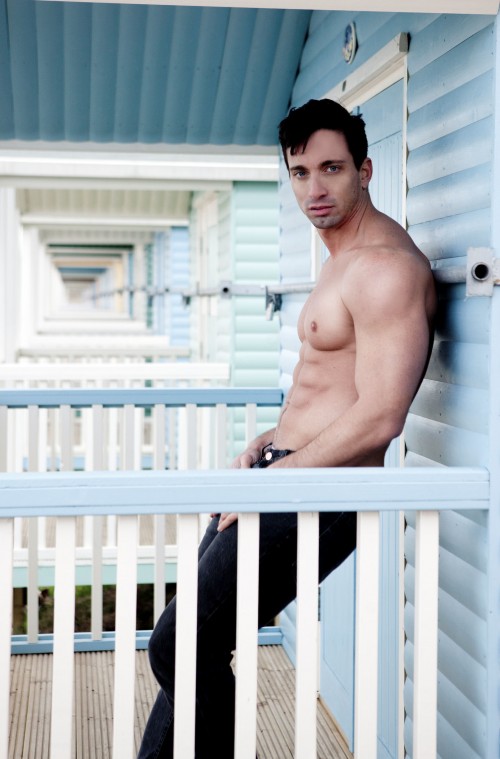 Looking back on your modeling career, what shoot do you consider your breakthrough in your career?
There have been two moments. The first was when I was living in Hong Kong and got my first print editorial. It was for a magazine called MrMr and was designed around this great snakeskin Vivienne Westwood suit. That really raised my profile over there. The second moment was here in London about three years ago when I first shot with Kadmil – a Serbian photographer who has done some of my favourite images. Two of the images ended up on covers which again raised my profile here and really set me on the path I’m on now.

You have shot for AMU and Flash Avenue Studios a lot recently. Which shoot has been your favorite? Why?
I had the pleasure to work a lot with Flash Avenue this past year. My favourite shoot with them would have to be my very first one. Firstly it was with a group of great guys – it’s always a bit more fun when you’re not alone – and secondly the sets were very cool. The one that sticks out in my mind was a huge white block with a circle cut out of the middle. We all took turns posing inside the circle and it ended up looking almost acrobatic. The background was a hot pink gel, the circle was white and we were in black Marco Marco underwear. It looked really cool. 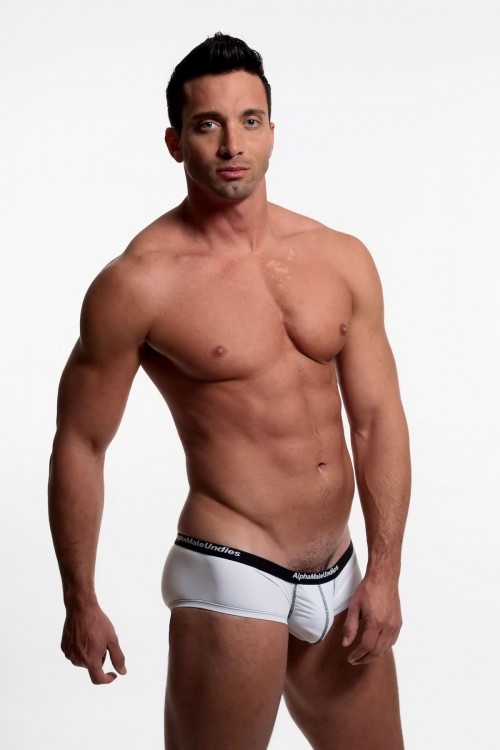 Speaking of Flash Avenue Studios. This year you have a calendar coming out for 2016. Tell us about the calendar and what we can expect?
Yes, the calendar is actually available for pre-sale right now (www.flashavenuestudio.com/shop). It will be shipped at the beginning of December but all the images have been taken and I’m very happy with it. It’s a compilation of some of the most popular images I have done with Flash Avenue over the last six months.  In addition to several new ones that are exclusive to the Calendar.

Part of the proceeds go to charity. What charity did you choose and why?
Yes part of the proceeds will be donated to BLISS, which is a UK charity associated with premature birth; I chose that charity because I was born twelve weeks prematurely – I was tiny at only 3 pounds 15 ounces. I had to spend over a month in the intensive care.  In fact that white mark you can sometimes see on my chest is a result of a heart monitor that was placed on me while I was in there. 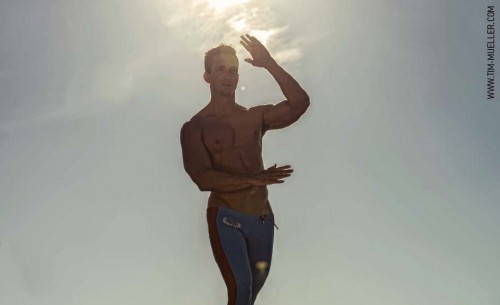 All shoots are different but have you ever had a challenging shoot? If so why was it challenging?
Oh yes I have a few. The ones that have been most challenging were because of the cold and weather. It’s just not fun to pose outside in underwear/swimwear when it is cold. But living in Northern Europe like we do sometimes you have to do it. The one I remember most vividly was a shoot I did in Berlin with Tim Mueller. He had secured the top of one Berlin’s tallest buildings as the shoot site. It was October and while it was a beautiful crystal clear blue sky day, it was only a few degrees – and really windy. There were five of us on that shoot. I can remember all of us sitting huddled under a few blankets waiting to be called out one at a time to shoot the set. The look on the face of the guy who was called as he had to throw off the blankets and face the wind was priceless. I’ve never been so cold in my life but in retrospect it was actually funny – and the photos were amazing.

As we have said, you have worked a lot with Flash Avenue Studios and AMU. Are there any brands or photographers you would like to work with that you have not worked with yet?
Many. There are so many photographers all over the world that I would love to get to work with. Rick Day, Wong Sim, Bruce Webber, Marco Ovando… the list goes on. Most of the time distance is the limiting factor since I’m based here in London. I travel a lot and try and make people aware when I’m going to be somewhere but there never seems to be enough time!

When you are not in front of the camera looking great in AMU underwear, what do you do in your spare time?
I’m religious about the gym and going on my runs. I’ve always liked fitness which is part of the reason I’ve been able to do this job. I can cook too. Other than that it’s spending time with my partner and relaxing. I read a lot and I love a good TV series.

Working out and looking great is important for modeling underwear. Is there any specific kind of diet and exercise do you do to prepare for shoots?
For shoot prep I tend to limit carb intake the day before and cut out water from midnight the day of a shoot. I’m not too fussy about it though as I’ve never had a particularly ‘dry’ looking physique and it hasn’t hurt me thus far. I find that its general consistency with exercise and diet that will get you to where you want to be on shoot day. 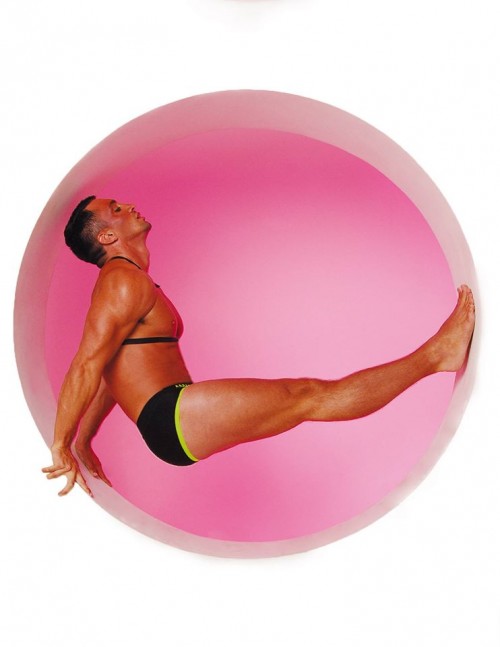 Before modeling underwear did you like great underwear before shooting it?
I’ve always been a fan of underwear. I can remember growing up in Texas. The first time I tried on a pair of coloured briefs – they were red 2xist and what a revelation!

Being an underwear blog we must ask what makes up your underwear drawer?
20% Boxers, 60% Briefs, 20% jocks, thongs and other miscellaneous.

AMU underwear has shot you in mesh but what is the craziest pair of underwear you have ever worn for a shoot?
That would have to be another AMU pair. It was actually just a pouch that hung in front with a waist band.  There was no connector or anything that went under and around. We had a fun time figuring out how to wear those properly but we got there in the end. 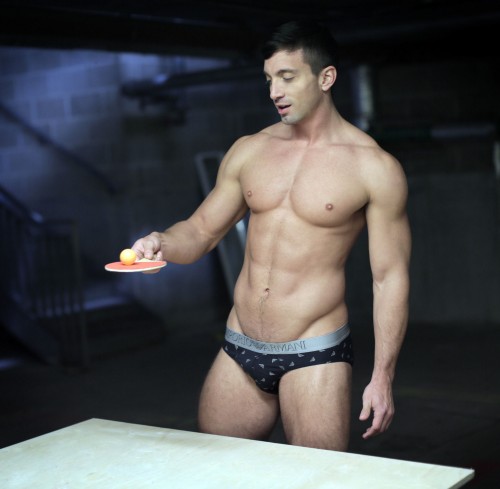 When your name is mentioned more people know who you are how are you adjusting to the fame in the underwear world? When we Tweet about you people love your pics.
It’s very flattering and I always appreciate the support and messages I get from people. I’m just happy that there’s a group of people who enjoy my work and what I’m doing – I certainly am enjoying myself.

As you progress in your career what are your goals for your career modeling and beyond?
I’d love to have a long career. That’s the ultimate goal for any model since age limits how long it can be. Men have a bit of an easier time of it but that’s only if you can transition into the hot Dad/businessman look. I think it’s inevitable that the underwear jobs will eventually dry up and that’s ok. I’ll keep taking them until they do and after that do my best to look sexy and intriguing with clothes on!

What advice were you giving starting out that you can pass along to aspiring models?
Show up and be on time. If you’re professional it goes a long way. I’m amazed at how doing something that simple can really set you apart – but it does.

Thanks Andrew for taking the time to answer our questions. We look forward to seeing you very soon in new shoots! 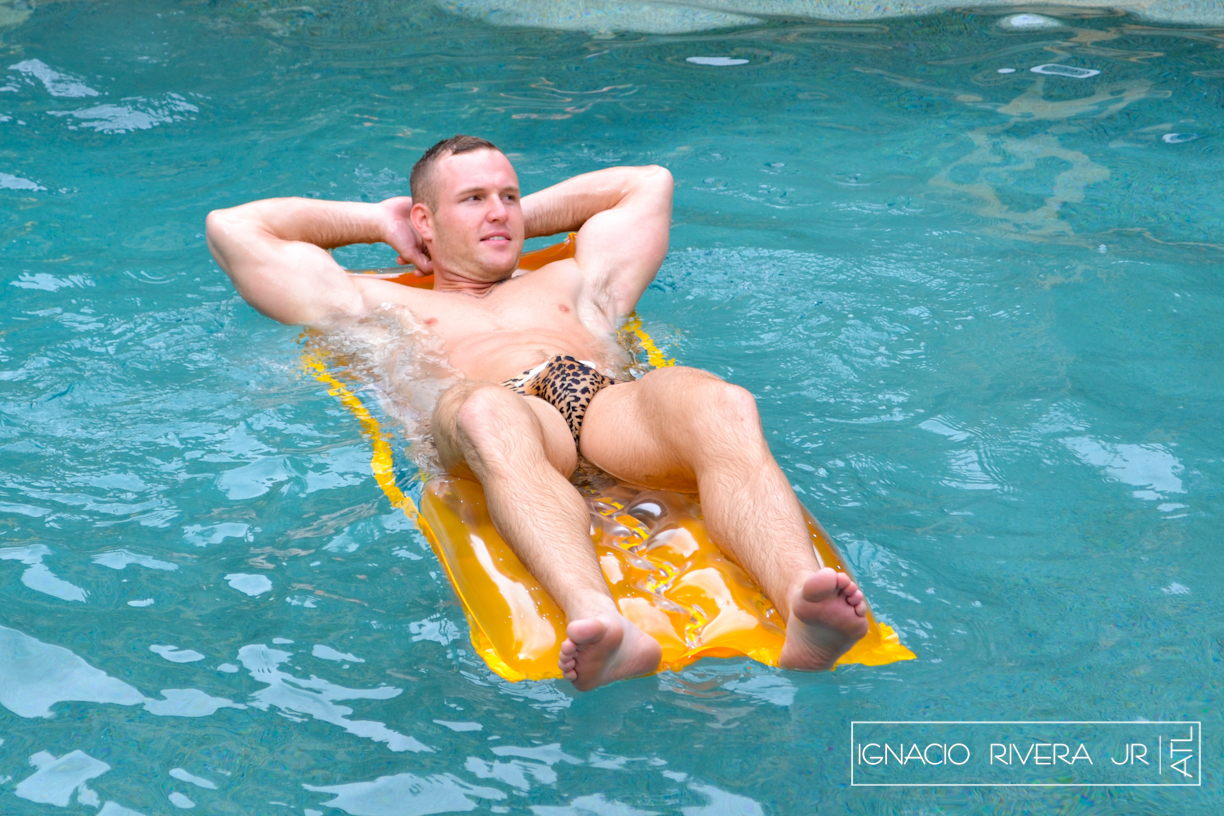 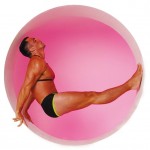