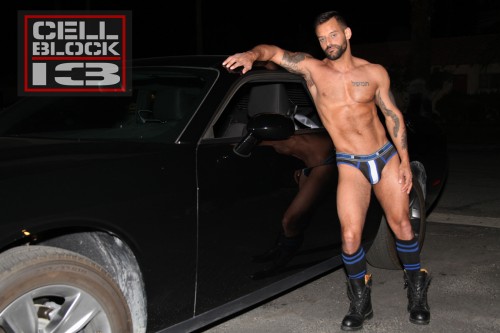 As we posted last week, David Benjamin is the face of Cellblock 13 for the next year. We got the chance to talk to him about this new project and what the year will hold. We also talked to him about underwear. Here is the interview:

UNB: Thanks for taking the time to answer our questions. This past month Timoteo announced you would basically be the face of the Cellblock13 brands. How did this arrangement come about?

DB: First, thanks for asking me to sit down with you! I’m really pleased to have the chance to talk about this new collaboration with Timeteo and CellBlock13, as well as introduce myself to readers of UnderwearNewsBriefs.com!

I first met Timeteo Ocampo, the Founder and Creative Director of Timeteo, last year during a photo shoot in their LA offices.

We hit it off immediately and had a long talk about the need for an underwear line made for mature, sexually confident men. I told him how I hated walking into stores only to find rows of poorly constructed, candy-colored jocks featuring weird pouches and even weirder cutouts. He told me how he designed CellBlock13 for men who were comfortable in their own skin and looking for well constructed, playful, sexy underwear.

After seeing the proofs from our shoot together, I approached Timeteo about partnering with CellBlock13 as their first-ever exclusive model. To my surprise he said yes, and the rest is history!

UNB: It sounds like you had a great time working with Timoteo. What about that first shoot made you want to be the “face” of Cellblock 13?

DB: I had, and continue to have, an amazing working relationship with Timoteo. He is a creative man, a businessman, and a decent guy. He’s exactly the kind of man I love to work with: creative, intelligent, and thoughtful.

During that first shoot together, Timoteo and I talked extensively about trends in not just underwear and the adult industry, but also in the gay community at large. We both agreed that all three are on the cusp of movement towards embracing a more masculine, mature esthetic. We further agreed that the trend for young muscle guys and twinks was waning.

I knew that Timoteo and CellBlock13 had the design sensibility I wanted to represent, and I believed that I was the right kind of model to represent that sensibility. Being “hot” will always be important, but the defining feature of CellBlock13 and me is that we are both “sexy”. And there is a difference between being “hot” and being “sexy.” Hot is all about genetics: tall, well-muscled, nice teeth, etc… Sexy on the other hand is all about attitude…being “sexy” is about how you interact with your environment. That kind of awareness is usually lost on youth, and more often seen in people who possess a measure of maturity. Exp. Megan Foxx is “hot” Amal Clooney is “sexy.”

So with that in mind, I asked Timoteo if they would be interested in signing an “exclusive” model. He said, that since they were a relatively new brand, they had never tried it before – but that they would be willing to discuss it. After meeting with Timoteo again, this time with his staff present, we agreed to a partnership. I couldn’t be more pleased.

UNB: Sounds like you two have a solid foundation for a great year. So what do you guys have planned and what can we expect over the next year? Other than great pics like the ones already released

DB: I hope so! As for the coming year, I’m not sure I have an answer for you. As CellBlock13’s first-ever exclusive model there is no script written that we can follow. From my point of view, I have never been in a partnership like this, so I am unsure what to expect. I can tell you that Timoteo and I will be shooting more photos this Memorial Day weekend in Chicago (He will be there for IML and I will be there attending the Grabbys).

What I do know is that the foundation has been set for a mutually beneficial relationship, and that men in the underwear market who feel that their needs and esthetics are not being addressed will finally have a go-to brand for sexy, fun, and flattering underwear. In fact, they can go and check it out now at www.cellblock13.net!

UNB: What is your favorite style of underwear? (Brief, jock, boxer brief, thong)? Did you have any of the Cellblock 13 before working with Timoteo?

DB I prefer jockeys for daytime, commando for night, and jocks for playtime 😉

As for owning CellBlock13, I actually did have a few pair…as I said, I love the styles, cuts, and colors. They are flattering for a lot of men, me included!

We thank David for his time in this interview. We will be doing some things with him over the year and Cellblock13. Stay tuned for more soon. 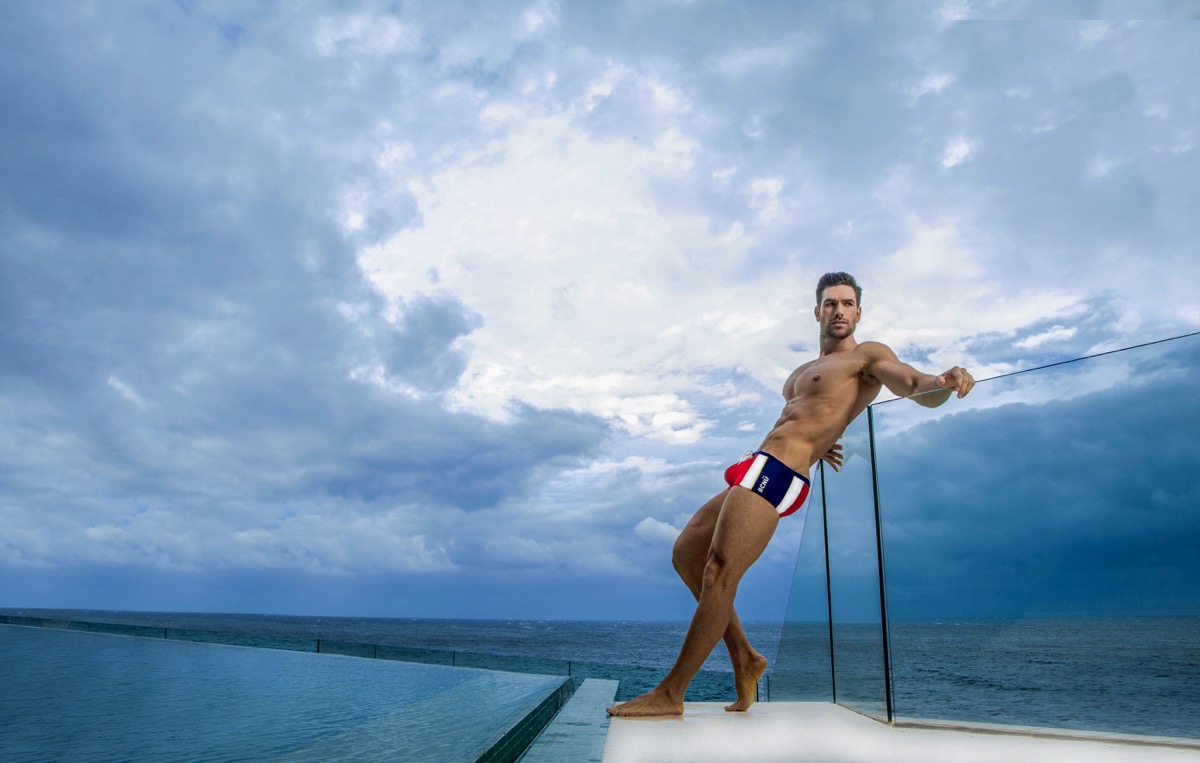 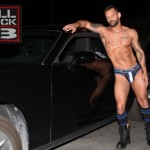