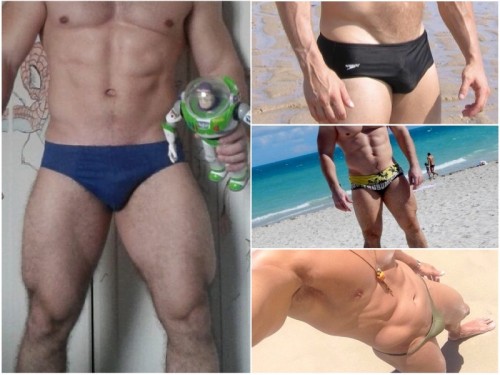 I have always hated board shorts, but being a straight guy living in the US, that is all you see. You may say…that is all that is socially acceptable. Being a guy who is not necessarily in the best shape of his life, I have always been on the board short train, but I hated the mesh liners and/or hanging free so my secret was I always wore a speedo style suit underneath.

When on the beach though I would pull the boards down a bit and the legs up to get a better tan, but never got up the courage to go in just a speedo. I always wondered…Am I in good enough shape? Will people laugh? Will people make comments? I just had no idea how it would be perceived. One thing I did know was that swimming in board shorts was awful! Trying to tread water with the weight of shorts was not fun!

Then in July 2013 I proposed to my girlfriend. We set a date for October 2014. Now I knew I had to lose weight for the wedding. In planning everything we decided to go to the Maldives on our Honeymoon. With the loss of weight I decided I would at least get some smaller swimwear for this trip.

I decided there is no way I am going there and wearing board shorts, so I bought some short and thin Diesel swim shorts, but when we got there I noticed that the Europeans there were in some boards, some shorter swim trunks and some swim briefs. So I thought….here is my chance!

I said something to my wife about going out in just swim briefs and she turned to me and said, “Go for it. Who cares.” I was still very apprehensive. Yea I lost some weight, but not enough to look like the guy a few villas down. I kept thinking, no I can’t people will stare…people will laugh.

After a day of watching the other people on the island, I decided to just do it and see what reactions I got. I went to my beach lounger with the Diesel shorts over a pair of Geronimo swim briefs. I sat on the chair, laid back and then slowly removed my shorts. I looked around and not many people were there yet so I though ok, so far so good. Then our neighbors on either side, both also young couples came out to their loungers and I started getting paranoid. I watched them without them knowing and I know they saw me, but no weird faces, no whispers, nothing. So far so good. More people walked by and again no strange looks. It seemed as if no one cared!

Then I decided I needed to get up to get a drink. I thought, should I put my shorts back on? Should I just walk to the villa in my swim briefs? If I wasn’t already sweating from the heat I would have started sweating at that moment. I decided to say screw it and I got up and walked just in the swim brief. Again, no dirty looks from the neighbors.

So after all of the apprehension, fear, and worrying I realized no one cares! So I decided to go all 10 days in speedo style suits! I wore N2N, WildmanT, Aussiebum, and Speedo brands. It was great! So much better than board shorts and much better tan lines! The only time I put on the Diesel shorts was to snorkel just for some extra protection from the sun.

Oh yea….the wife enjoyed it too!

What a great time! Will I now be brave enough to do this in the summer here in the US? The jury is still out, but I have plenty of time to figure that out since it is March and still 20 degrees and snowing here right now!

NOTE: The writer is a guy named Steve who lives in the North Eastern US. We have talked for a while and he agreed to share his experience being a straight guy wearing a swim brief 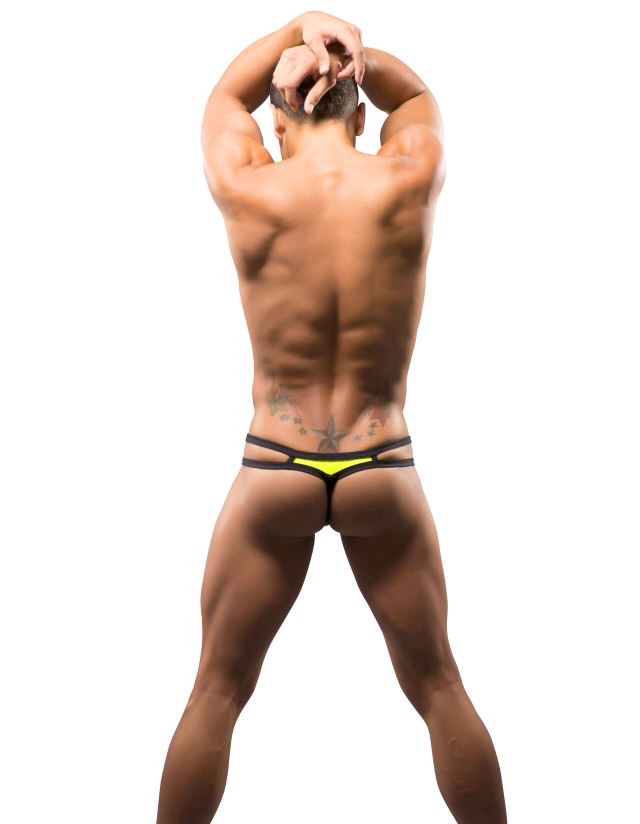 I think this is awesome – good for you and I hope you continue wearing them here in the US. As long as youre comfy, then who cares what anyone else thinks.

i hope to drum up that courage some day! That’s awesome! As a fellow straight guy, I hope you continue to wear them, even in the US, and be a living example to the rest of us that want to try wearing a swim brief at the beach. It’s human nature to live by example, and you’re setting a good one. Thank you!

I did the same but it was here in Maryland. It was a few years ago. I work out hard and have been blessed with my size and really wanted to show it off. I bought a pair Rufskin square cut trunks which were tight and unlined. When I would get out of the water it would stick to my body making it damn near see-through. I lived at a huge luxury apartment building so a lot of women and men were at the pool daily. I never heard a bad thing other than dudes with their lady seemed a little angry but most women either smiled or stared or told me that I looked good. So it’s been a few years but I bought 3 pair of swim briefs and another square cut. Board shorts and shirts in general are silly to me. Why cover up my body when I have these gifts. Women say they don’t like swim briefs but that’s until they see an attractive, built, hung straight dude smiling at them. 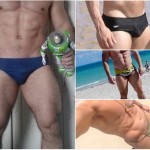