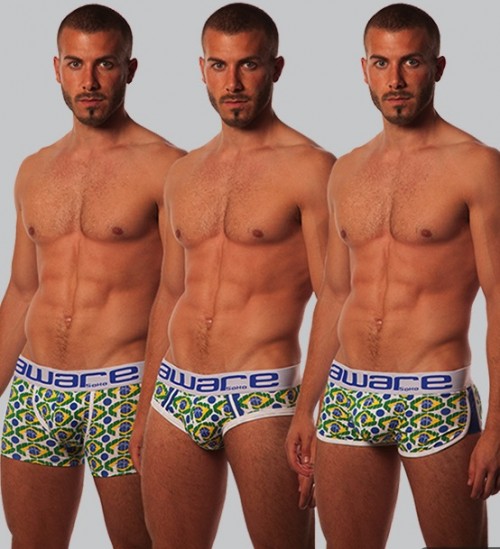 You may have thought the Brazil fever in underwear had passed now that the World Cup is over. You would be wrong! In just two years the world will come to Rio for the Summer Olympics! So this will bring a whole new round of Brazil inspired undies. The latest in the Brazil themed underwear is Aware SOHO.

The new line has a Brazil Flag print with an Aware SOHO branded waistband. Which appears to be centered in the front. This is one thing more underwear companies are doing. It costs a little more but it seems you guys really like having a centered waistband. But back to the undies. The pairs pictured above (from left to right) Boxer Brief, Brief and Trunk.

Each one is made out of 95% cotton/5% Elastine fabric. Which sill make it comfy and soft! This would be a great pair to wear under your work clothes. It’s a pair with a little flash and interesting pattern! I really like the design of the print. From a distance you may not be able to tell its the Brazil flag (at least I didn’t at first) but once close you can clearly see it.

If you are a fan and want to see this and more head over to Aware SOHO site. 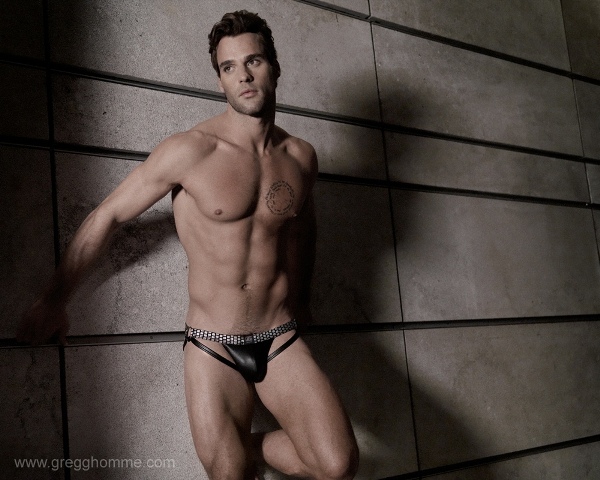 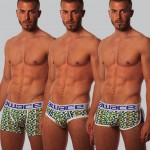