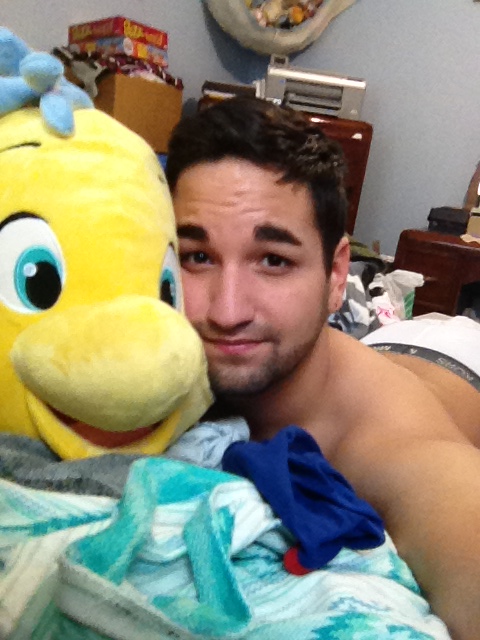 My story begins when I was about 6.  In elementary school we didn’t have to change clothes for P.E. We would just do simple workouts in the clothes our parents dressed us in.  So of course when the school was offering sport physicals my mom signed me up so that she wouldn’t have to pay for a doctor’s appointment.  I had no idea that she had signed me up and had never had a physical done before.  So when I was called down to the nurse with 5 other boys from my class I thought nothing of it.  We all thought we were in trouble, but I was rational and figured if that was the case we would be seeing the principal not the nurse.  When we entered the nurse’s office she asked for us to go behind the curtain and strip down to our underwear.  Of course as children you are obedient; you don’t question adults so we asked no questions and went behind the curtains to begin undressing.  Once behind the curtains it became pretty obvious how awkward the situation had become.  Luckily a small but funny blonde kid was there for comic relief.  He began quickly undressing to reveal Batman briefs; he tied the sleeves to his shirt around his neck to make a cape. T hen he placed his hands on his waist and jokingly stated that he was “Batman”.  I stared in awe at his briefs; I had no idea that underwear was made differently than the white briefs I had grown so accustomed to wearing.  We all chuckled as he ran around the small space behind the curtain until the nurse yelled for us to quiet down.  As all the other boys began to undress I realized they all had the same pair as me, except one boy, my childhood friend.  He had light brown hair, olive skin, big brown eyes, and a soft speaking voice.  Like me, he was very shy, so we undressed together in the corner.  As he dropped his pants I again was caught off guard by the burgundy briefs that he had on.  I probably stared for longer then I should have, but we were kids so it wasn’t in a sexual way.  So many questions ran through my head as we waited in line for our physicals.  Like where did he get those from?  Are there any other colors?  Do they feel different from mine?

After the traumatic but enlightening sports physical, I began to wonder when my mom would go shopping. I  would walk through the men’s 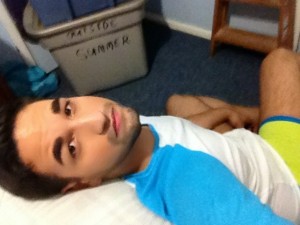 underwear aisle and stare at the boxes to see all the different colors and cuts.  Of course, I couldn’t possess any of them, so staring would have to do for now.  How does a 6 year old boy ask his mom to buy him colorful underwear?  The solution to my problem came quickly.  Christmas. When asked to make a Christmas list, I asked for Mighty Max, Rugrats, Pokemon, Power Rangers, and some underwear.   You know, the usual.  My mom quickly laughed after reading the last thing on my list.  She asked me what colors I wanted and I quickly began thinking of colors I had learned of in school that liked.  So Christmas day my mom surprised me with 3 packs of assorted underwear.  Some even had snakes and alligators printed on them.  I thought that I was so cool with my now colorful assortment of briefs.  I was too cool for plain white briefs and I wanted more.

Over the next couple months I would randomly ask my mother to buy me underwear at the store when I would accompany her.  After a short chuckle at how much I was blushing and how nervous I would get each time I made the same request, she would nod her head and ask me to pick out the pack I wanted.  This went on for months, until that summer when my mom came home from shopping and had a surprise for me and my older brother.  She gave us new swimsuits, but not like any we had ever worn before.  They were briefs that I could wear in the pool or at the beach.  I was baffled that I could even do that.  I quickly smiled, grabbing it from her hands without thinking, undressing in my kitchen and slipping them on shamelessly (my parents thought I was going to grow up to be in Chippendales).  The fabric was different, the feeling on my skin was new but I loved it.  I ran over to the mirror in our hall way and studied the design.  They were rainbow splattered in the front and all black on the back.  I rubbed my hands all over them wondering what fabric it was and why it was so soft.  My brother, un-phased by my reaction,  thanked my mom, took his pair and walked away. I wore those until I was about 10.

I kept them but I wanted more like it.  My mom couldn’t find any; she checked K-Mart where she found the first pair but was unable to find any others.  So I stopped searching for them and returned to swimming trunks until I was 12.  I was out shopping with my mom and sister in Newark when I stumbled across not 1 pair but 2 pairs of swim briefs in my size; one was black and yellow, the other blue and green.  I of course awkwardly pulled my mom over to the rack and asked if I could have them.   She smiled and grabbed them without responding and placed them in our cart.  I was ecstatic; I couldn’t wait to go home and try them on.  To say the car ride felt like it took forever was an understatement.  When I finally got home I ran to my room and tried them on.  The style was very nice but the fabric was off, it didn’t feel right.   It was rough on my skin and not at all pleasant.  Still I wore those until 14 because at that point I was entering High School and boys my age no longer wore briefs they wore boxers.

I remember being in the locker room for my first day of gym class and seeing all the upperclassmen strip into their boxers.  This might have been when I realized I liked boys (haha) but their underwear was so unflattering.  My first day of gym class I didn’t change because under my jeans I had on a pair of briefs and I didn’t want to be picked on.  So when I got home I asked my mom to buy me boxers and I wore those until I was 16.  I got my first job and start buying boxer briefs from American Eagle, which got boring fast.  My excitement for underwear had died with my childhood.  I wanted to be accepted so I did what I saw other kids my age doing and I wore what they wore.

After graduating high school I finally came to terms with being gay and started looking up pictures of guys shirtless; every few pictures there were guys in their underwear which quickly relit a flame once dead.  I started looking up brands I had never heard of and seeing all the different cuts and styles available.  I was like an addict surrounded by my drug of choice.  I began ordering online, starting with Joe Snyder which doubles as underwear or swimsuits.  I ordered 4 pairs in white, royal blue, black, and red.  Note to self: check transparency before wearing out in public because some are see thru when wet.  Talk about an awkward experience at the beach.

Right before my 19th birthday I stumbled across a blog called Underwear News Briefs,  which to say was a dangerous discovery is a bit of an understatement. I began to read their reviews of underwear and swimsuits.  This allowed for me to weigh my options and not blindly invest in random brands like I had done in the past, often times with regret.  A brand they often rave about is N2N Bodywear, so after much debate and a bit of saving up I went ham and bought almost 300 dollars’ worth of their products (thanks to the blog I knew they were having a sale, some for as cheap as 10 dollars).  My collection quickly grew; I started with briefs and gradually invested in other styles,  anything from thongs to a singlet I just had to have.  After realizing I was running out of space I started doing some cleaning out.  Not of my underwear but of my clothes.  Filling up 3 full drawers of just underwear.  Now I have 9 drawers, but each only filled with one kind of clothing not needing more than one drawer. If it did I would just hang it in my closet.

Now at 20, soon to be 21, I am an Andrew Christian underwear of the Month club member, renewing once a year.  I currently possess the brands Papi, Pistol Pete, N2N Bodywear, Joe Snyder, Aussiebum, C-in2, Male Power, Cocksox, Rufskin, Manus, Charlie, Stud, and Pump in all different cuts, fabrics, designs, styles, and collections.  I’m proud of who I am and what I love, which is underwear.  As I get older I hope that this love only grows as new styles and brands are introduced.  Who knows, hopefully I find someone who shares a love for underwear in the way that I do.  A boy can dream, cant he?  So I leave you with a version of song lyrics from my all-time favorite animated movie.

“Look at these briefs
aren’t they neat?
Wouldn’t you think my collections complete?
Wouldn’t you think I’m the boy
the boy who has everything?
Look at these drawers
Undies to fold
how many wonders can one bedroom hold?
Lookin’ around here you’d think
Sure
he’s got everything
I’ve got boxers and briefs aplenty
I’ve got jocks and thongs galore
You want swimsuits?
I got twenty
But who cares?
No big deal
I want more…”

Hope you enjoyed reading my underwear discovery.   I know I thoroughly enjoyed writing it, giving me a chance to reminisce 🙂 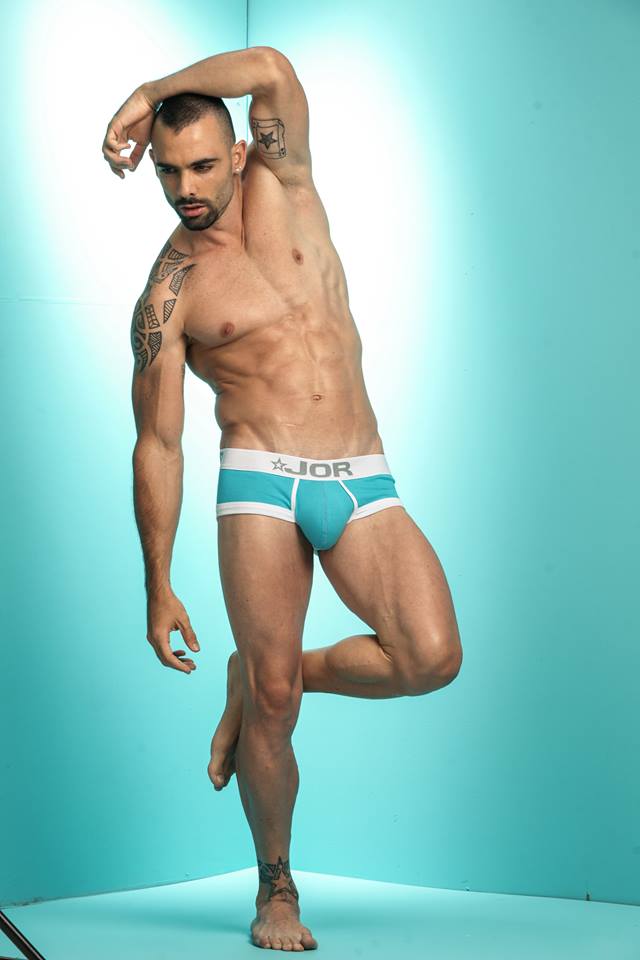 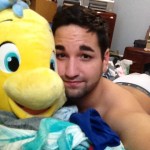