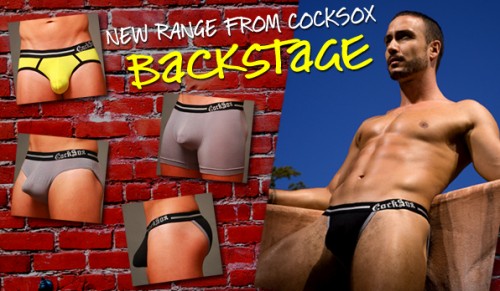 I am trying to remember the last time Cocksox has released a totally new range. It’s been over a year with the Cocksox Active range. Unlike other underwear companies Cocksox doesn’t release new ranges every six moths or so, this isn’t a bad thing. Cocksox is known for making great underwear that fits a guy. They have developed quite a few signature pairs over the years.  These are pairs that their core customers can’t life with out. I am one of those guys, my pair of choice is the CX01 brief is a staple in my underwear drawer. So when they release a new collection I stand up and take notice! The new collection is called Backstage!

When in Vegas in February I got a chance to sit down and talk to Cocksox. When talking to them my eyes were drawn to the new Royal, which I would say electric blue color, they added. Then they brought out the Backstage range. The colors are a little more subdued then the bright royal. The first thing I noticed was the new waist band. It’s a band that brings metal into the collection. It has the cock sock name on the left hip with a silver stripe around the band. It’s a departure from their previous collections.

After talking for a few minutes about the line they said “feel it.” I felt it and it was amazingly soft. That is because it’s made of Modal. Modal is a very soft material and feels amazing against your skin. I have several pairs of modal underwear in my collection and when I wear it it feels   like I am not wearing any underwear at all! This is sure to be the case with the Backstage Collection.

Cocksox took four of it’s designs and made them even better with modal! Those designs are CX76MD Sports Brief, CX16MD Bikini Brief, CX03 Waistband Brief and the CX12MD Boxer. The range currently have three colors Black, Platinum and Gold.

In their email they sent the said this about the line  ” 9 to 5 I’m a lead guitarist but I get medieval on weekends.” Nailed it. Ccoksox always has a great sense of humor! Find these pairs at the Cocksox site for $26-34. And yes we will be getting some review pairs soon! 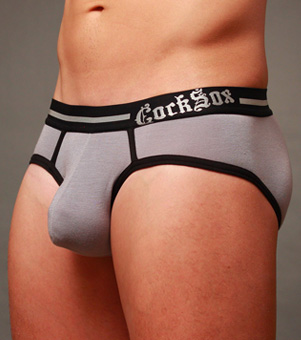 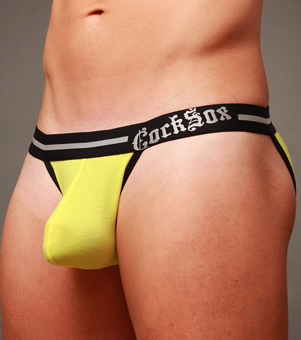 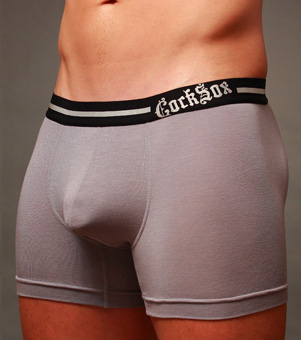 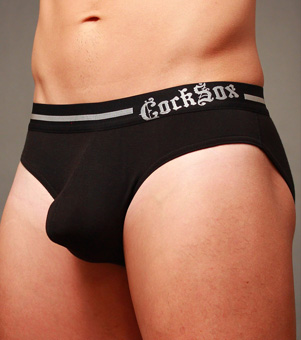 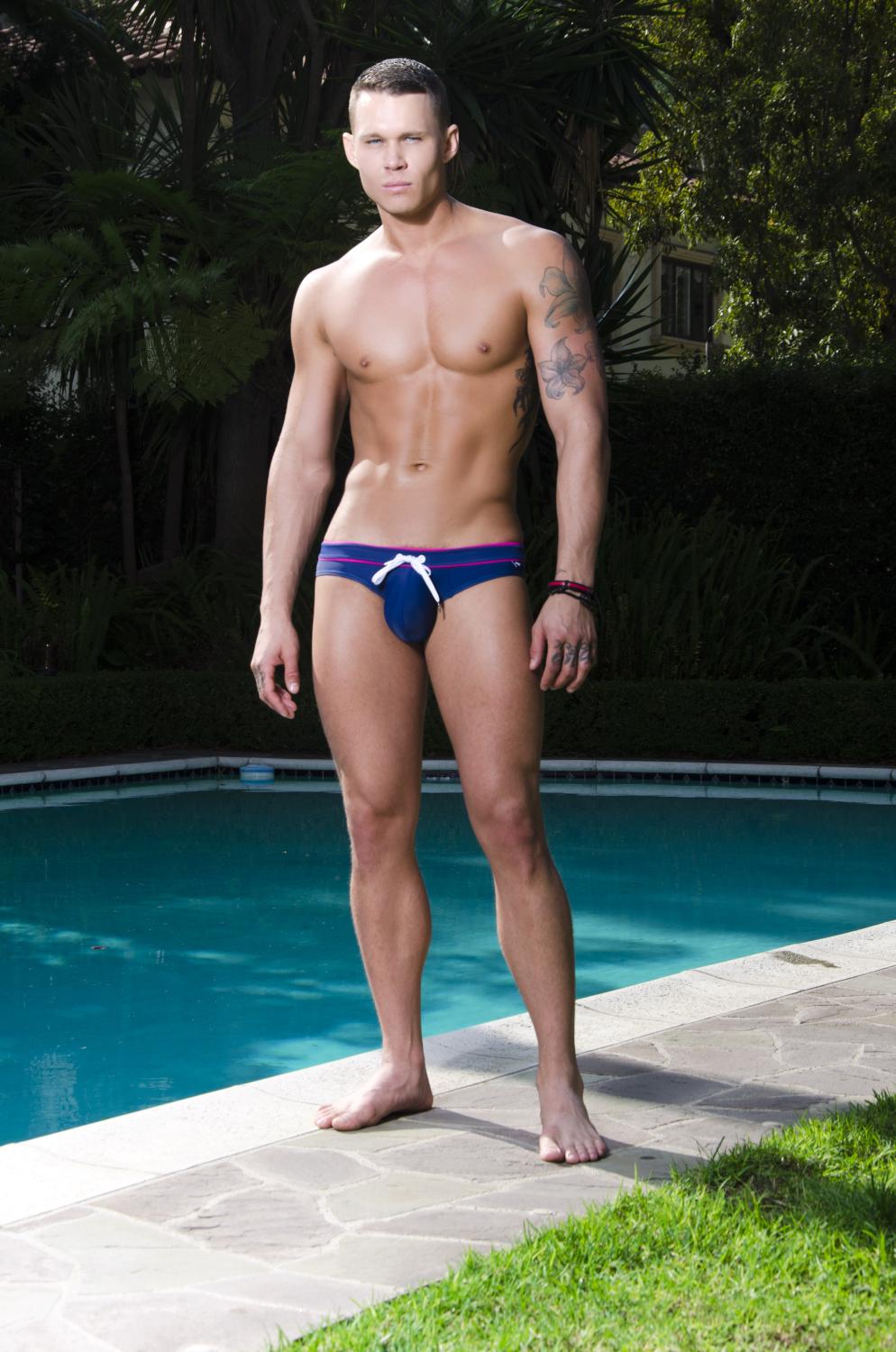 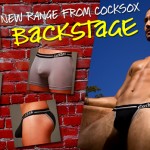