This is the last part of the Magic series. I have enjoyed it and we will have another write up in August, but it will be more  in depth!

Mundo Unico is one of my favorites. I have loved them years before I started the blog. We talked for a while and then I actually got to meet the owner of the brand. He was from Columbia and it was a little bit of translating going on. Their new line carries on with the current line they have out. They have the stripes, patterns and designs. Unico constatly takes their signature style and make it into something new. They have a pair that has pink stripes coming out, I wish I had a picture to show you but they look so cool. Yes, I said Pink stripes. I also was able to get a banner from them! It wasn’t easy to get back, but it was worth it! 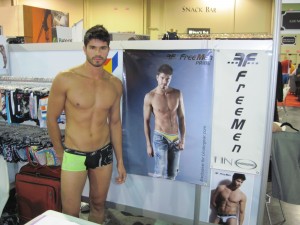 Freemen is a brand new company. You may have seen some of their stuff on UnderGear. Right now UnderGear has some exclusives from Freeman. They are starting to sell to more retailers and I know we will see a lot more of them this year. They are being make in South America, either Columbia or Brazil (I forget off the top of my head). I got a look through the line and its very colorful and really fun. I haven’t been able to get in touch with them lately to go over the brand, but I’m going to keep trying. I think they will be doing some good things this year and I have a feeling a lot of you guys will love what you see. 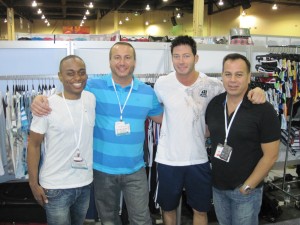 Pistol Pete had a really big booth and an amazing selection of new undies and swimwear. I have been talking to them and we are going to work on a post shortly that goes over the collection. They had some really great prints. I hope they give me pictures of these because they are really cool. I have known them swimwear as well and it should be fun to bring you their underwear line. The last thing I saw there was workout/active wear. Which I think would be a good fit for our blog. I know many of you out there work out and would be up for hearing more about. Look for the write up of their line in the next week. 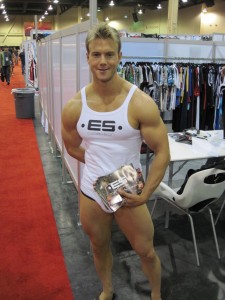 ES Collection is about to push marketing in the US and you should start seeing it in more stores shortly. They have some really great pics as you have seen in our Brief Distraction. They are some really great fitting underwear. Addicted is a brand new line I don’t know much about. I didn’t get to talk to them much at the booth because they constantly had people there. But I hope we will get more information about it soon. 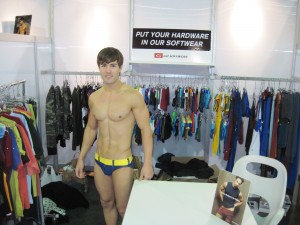 Go Softwear has been a big supporter of ours for a long time. They are one company we have worked with since the inception of the blog. They have the new POP collection that is about to come out. It’s one of bright colors and a fun new waistband. I didn’t see much of this line at Magic. I wish I had gotten a better look. I did talk to them about how much we appreciate working with them. If you aren’t familiar with them you need to go check out the lines. 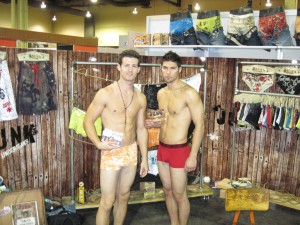 I had a chance to talk to both the owner and the head designer at Junk UnderJeans. This is a line we have reviewed and they were really received well by our guys. They have really expanded their line. They will now have briefs as well as boxer briefs. They have expanded their color palate. I noticed some great reds and blues. One more area they have gone into is swimwear. They have some really great board shorts.  I will be talking to their designer when the line comes out. We talked about 10 mins about the brand the new line and more.

I had so much fun at Magic. One lesson I learned is that I need to take my notebook and take better notes next time. But I was like a kid in a candy store! There was stuff everywhere, I bet if you had gone you would have done the same! We plan on going and hopefully taking more of our staff with us and doing a better job reporting from Magic and hopefully Curve! We’ll keep you posted! 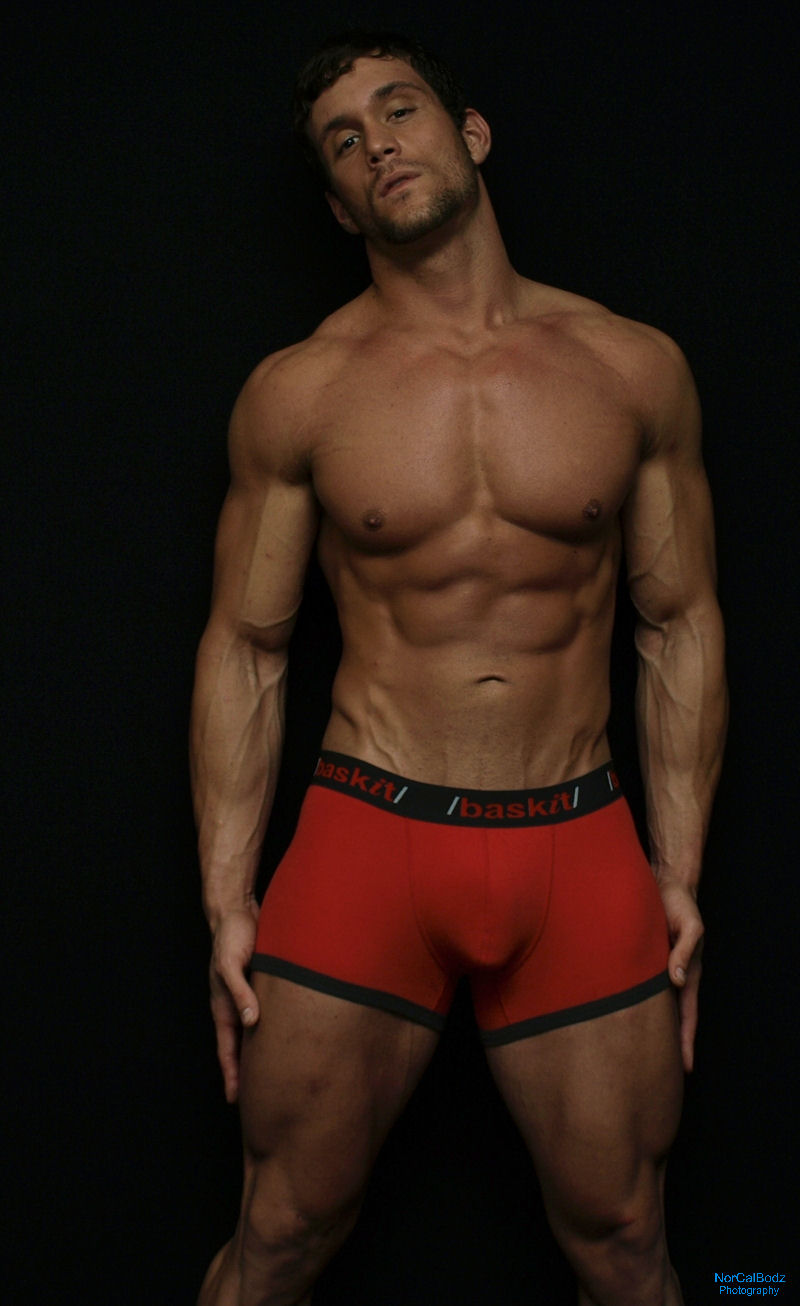 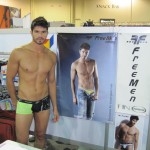