I’m still working on getting all the info from the different lines to bring to you, but in the mean time, I have all these pics and wanted to run down my time at Magic. It was really fun and from here on out we are going to try to be at all the shows and cover men’s underwear and give you all the info on the new lines.  If you aren’t familiar with what Magic is, it’s a big show for retailers to look at and buy all the new lines for both men’s and women’s clothes. But there is a section called “Underwear Alley” where most of the underwear companies are located.

The first thing I have to say is it was really great to meet everyone face-to-face. We have been working with most of the companies for a long time and actually being able to sit down and talk to them was great. I did forget to ask a lot of “What can I report?” and “What is new” But, in my defense, the whole thing was a bit over whelming at times. You see some of the top underwear companies in the world, and you get a chance to look through the lines and it’s like being a kid in a candy store! Then the next day you go, “DOH! I should have asked…”, but that’s what email is for! As a side note, it’s been a little slow getting all the information, because they all have to go back and put in all their orders and get everything shipped to the company. But never fear we’ll get you more info shortly!

With that said, the trip to Magic was a fast one, I basically spent one day in Las Vegas. I flew in Wednesday night, the show runs Tuesday through Thursday. Then took the red eye home on Thursday night. Told you it was fast! I got in and crashed, since the plane landed at 11:30 EST. I got up the next morning and hit the show. It was a mixture of excitement and nervousness. 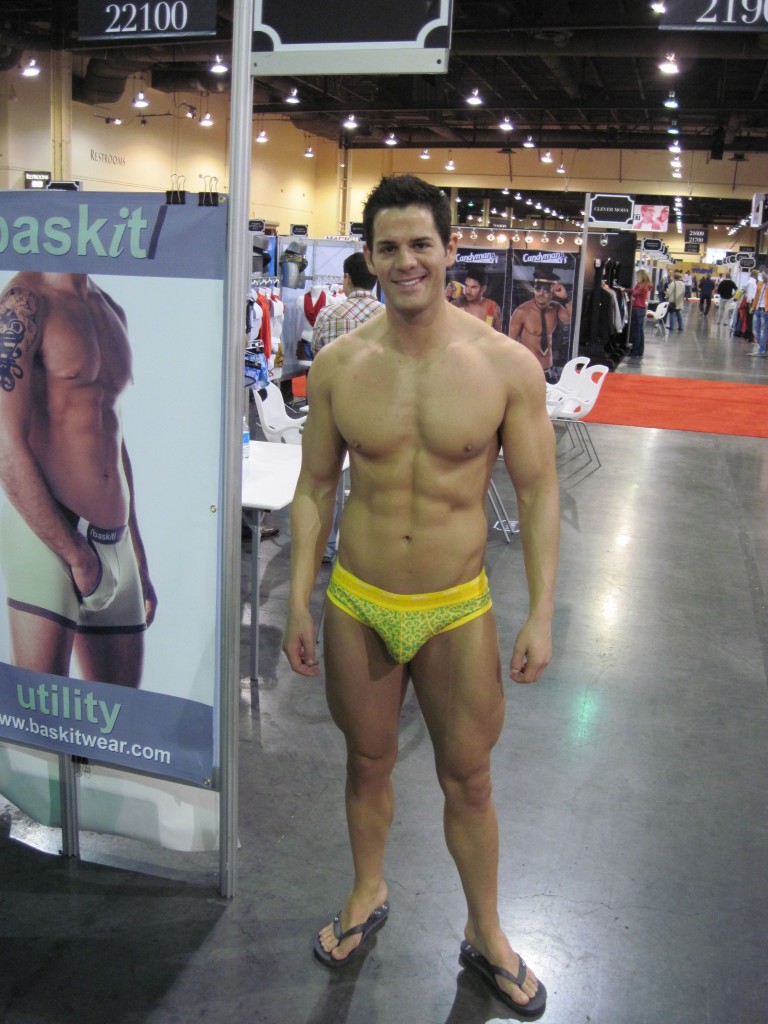 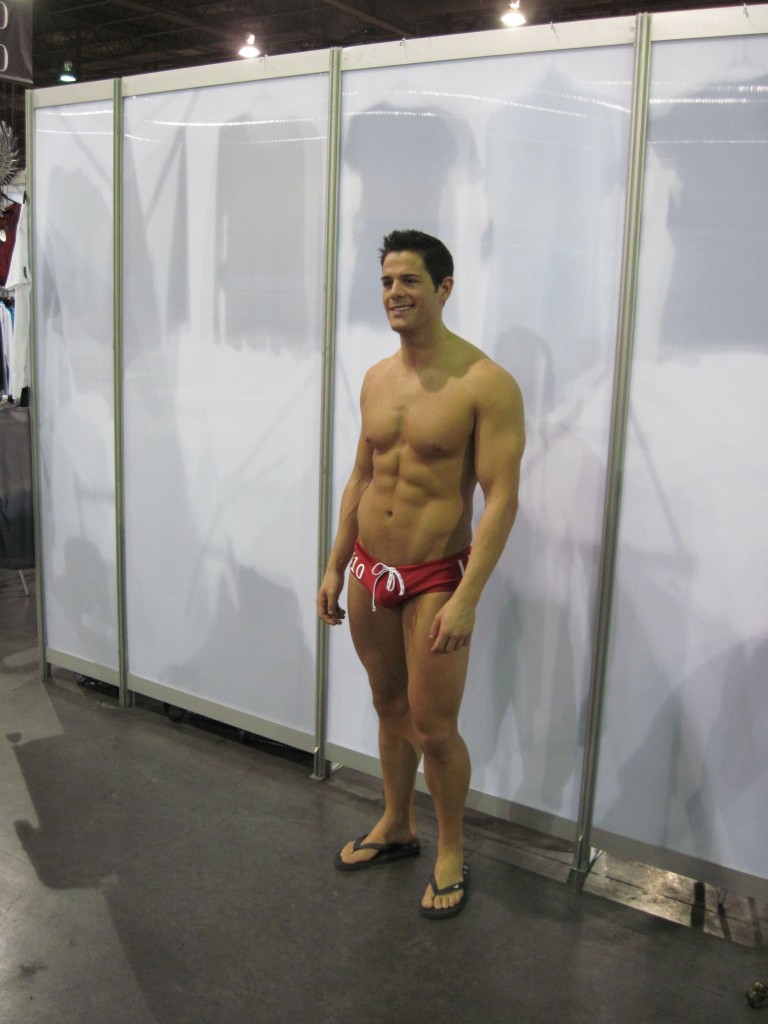 I got in the show and talked to Eric from Baskit. I dropped my stuff at his booth and then met Eric Turner. I’m sure many of you are aware of him from MegaMuscle and Facebook. As you can see by the pic of us together, he kept saying he was fat, and I was like “Whatever!” Although, he kept cracking me up all day. I will say that I enjoyed seeing him through out the day! The one thing I really want to check out is the new “easy access” pair they have. I am getting more information but it’s going to be a very fun pair. 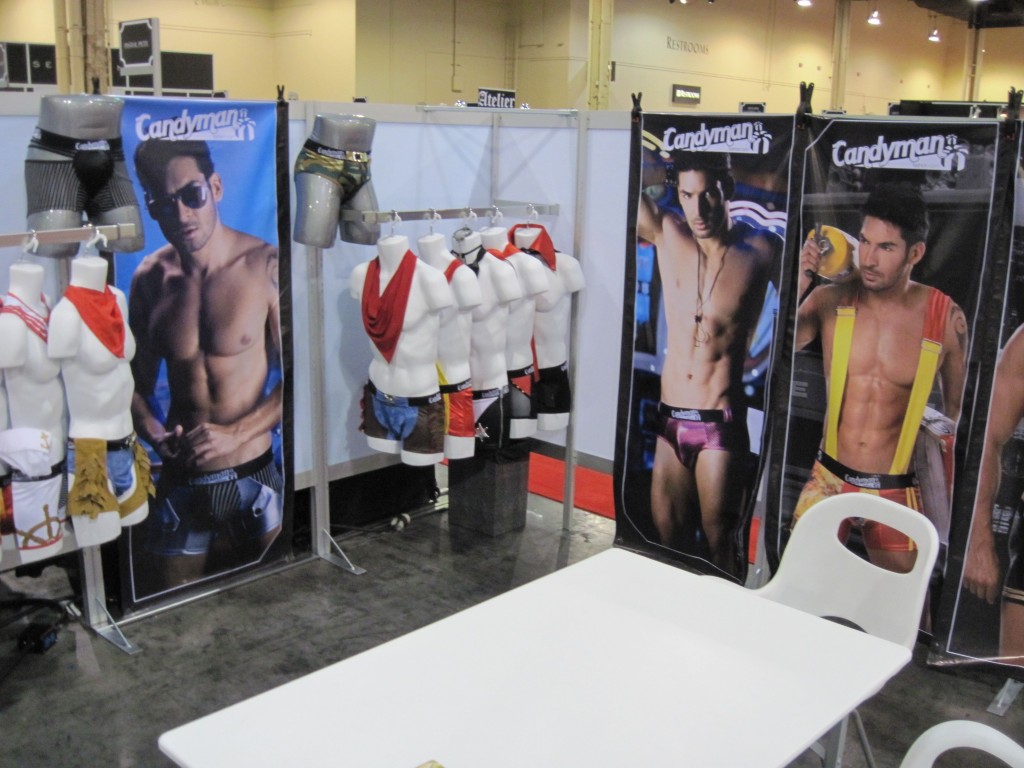 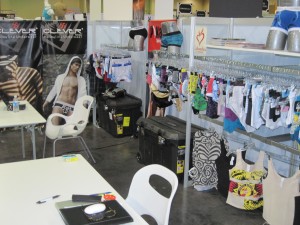 The next stop was at the Candyman, Clever, PPU and Pikante Booth. These are new companies that we just started working with before attending the show. I got to meet them and go through the collections. One of the things I really loved is they have a line of shape wear that has prints on them. Which are the coolest thing I have seen in a while. We have predicted that shape wear is going to be big and with this latest addition, it will be even bigger. I got a chance to see the Candyman line and it’s just a fun line. My favorite set they had was the vampire one! These are really the first fantasy line for men I ever remember seeing that had some time into creating the line and made it fun! The other lines I love because of the use of prints and patterns.  Clever has to be one of the lines I really want to see more of, because of the patterns. They have some really great patterns and prints. I admit I’m a color guy and love it when I see new companies taking risks with colors. I will go into more detail and bring you guys Brief Distractions from the companies!

I got a chance to talk to them for a little bit. They are a line we have only covered in sales information. We have done very little with that and we hope that will change. We have emailed back and forth and I hope we will get more in depth info for you very soon. Punto Blanco reminds me a sport wear line. They have stripes and solids, noting too out there. 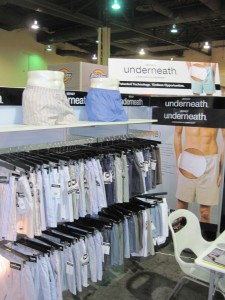 I got a chance to talk to them through out the show. I walked around a lot. I think they have a really cool concept in underwear. It’s boxers with a brief built in. I know so many guys who are still wearing boxers, but haven’t made the decision to move to briefs, and these are a great compromise. They have really great colors and styles of the boxers. I am not much of a boxer guy but I did see a few pairs I liked. So, if they got me looking at them, then they are doing something right. They also, were showing their loungewear. I can’t wait for these. Imagine comfy lounge pants with underwear built in, I know it’s not traditionally underwear but this is brilliant concept and I can’t wait for it to come out! We will keep you posted when it’s available. 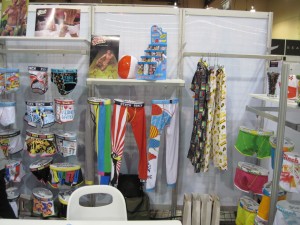 I like Ginch Gonch, there are many things going on with them. They have come out with their new “I Love” line. Which currently features I love boys and girls lines. They are going to extend it into a few more cities. The  I Love London was just released at London Fashion week this past week. They are carrying over the themes of I Love in to some really cool Long Johns. I love that companies are actually experimenting with them. I admit, and I know many out there love the traditional long johns, but I would love some color and fun in long johns. Ginch Gonch has proved this with their previous pairs, such as the Argyle ones. I am talking to them soon so I’ll let you know more out the new lines.

This is the end of Part One! I will finish up tomorrow with the rest!  I will go over a few more brands and then we’ll keep you up to date on the hottest men’s underwear!

Great update. It’s so interesting to hear the stories from behind the scenes of the underwear business 🙂 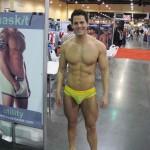