In collaboration with Men and Underwear – The Shop

Summer started late in Europe this year! After several lockdowns due to you-know-what, Europe decided to open its borders for travelling early July. Weather permitting, the summer holiday season of 2021 could last until late September and it looks like the swimwear buying season goes with it. Are you interested to know what swimwear Europeans will be wearing this season? Let’s find out!

The best selling style this season was this beautiful bikini style swim briefs by Spanish brand CODE 22. In a metallic charcoal grey this swimwear has functional buckles on either side as a quirky detail and removable padding at the front for a fuller and rounder package. We have restocked this swimwear in both colours (this charcoal grey and a navy blue) and all times it almost completely sold out in a couple of days!

One more swimwear that is literally flying off our selves is the Master Swim Briefs of Australian brand Marcuse. Available in camo and a camo with pink, this is a super low rise bikini with embroidered ribbons on either side. On the back there is an innovative thin stripe of mesh material for better definition and better fit.

OK, it is not all sexy in this list, some men decided to go for a pair of swim shorts this summer and among them, the Basic Shorts in Navy by CODE 22 was the one that was more popular. Classic but far from being basic, despite its name, these shorts have the trademark Curl-Up technology which allows for the sides to button up and transform the style into swim briefs.

Back to briefs and to a pair of underwear that can be (and will be) worn as (sexy) swimwear. The Classic Bikini of Joe Snyder is made from this lightweight poly fabric that allows it to be worn both ways. Joe Snyder has been using such fabrics for decades and they have become experts in it. This print (vibes) has a been a best seller with all other (brighter) options following. We also need to mention that some of the Classic Thongs of Joe Snyder, made from this fabric, also sold as swimwear this year, showing a growing trend for thongs and swim thongs in Europe.

Last but not least, a re-release of Australian brand Marcuse, the Puppy Swim Briefs. This is the cutest of them all swim briefs with a blue (or grey) body and a sketch of a white puppy printed on the side. This a functional and fun swimwear, no wonder it is again among the best sellers this season 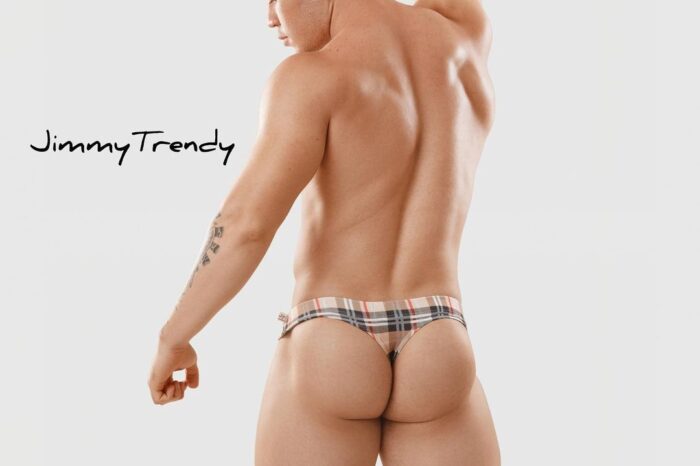 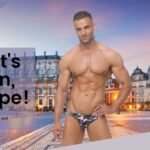