We now bring you to 2015, which seems like a world away from the current day. One brand that I loved to meet up with is Good Boy Gone Bad; he always was in suites at the show. He had a model that probably a few of you recognize; his name is Marko LeBeau. Yes, he was an adult actor, and I think he may produce and direct now. He is on the left in the picture, so cute to me. He was so nice and sweet every time we meet up at the GBGB Suite. I first saw him at Curve in 2011 and then several times in the Suites.

I would say that 2015 was probably the start of the end of the shows. Fewer brands started to come to the shows and Curve merged with Magic/Project. Post Covid world I’m not sure how many brands will show up. One reason I say this is because on Heidi Klume/Tim Gun show “Making the Cut” they said brands were moving from runway shows to video productions. I think we are going to see that in the men’s underwear world. You have companies like 2EROS, JOR, AussieBum and others doing amazing videos for their lines. I think you will see some stuff from us soon too! SHHH. But there were still more years to come for the shows. I made a brief pause in 2016/2017 due to monetary issues. 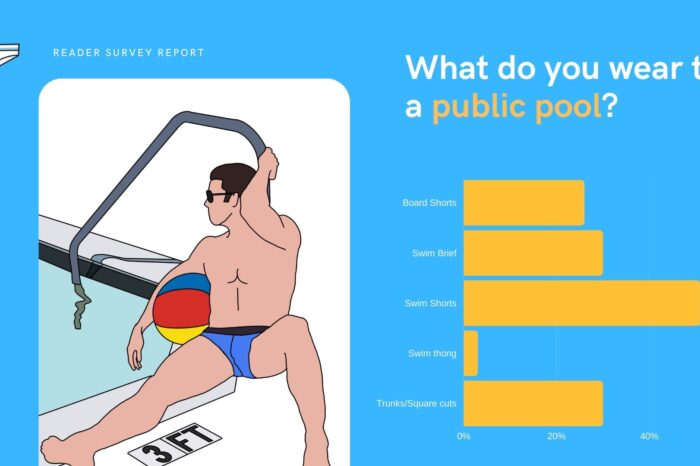 Reader Survey Results - Where do you wear swimwear styles 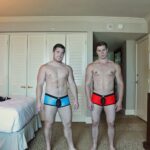