Should Fetishwear be pink?

The debate about Pink in men’s gear has been going on for longer than UNB has been around and will continue to be debated long after UNB. Pink in men’s undies is either a like or not like. Going by sales, most guys are good with pink undies.

In the last few years, the world of Fetishwear has introduced pink. The first ones to do this were Maskulo, Cellblock 13, and Sparta’s Harness. It should be noted that Maskulo currently doesn’t have any pink gear on their site (not that I could see when writing this post.)

I think a lot of this boils down to “What is masculine?” Is pink masculine? You get a different answer to that question from each person you ask. My personal take is pink should be part of fetishwear. Each person has a different opinion, and we should let people be who they are.

I saw online a few weeks ago, I forget who it was, but someone gave them grief about wearing pink fetishwear. This is what got me thinking about this and why is it such a big deal?

The pic above are pics from Sparta’s Harness. I would argue that the guys are “masculine.” But even if they weren’t, would it matter? I would say if you are threatened by pink gear, you need to figure out why, and if it’s not your thing then move on. You wouldn’t like it if someone called out your gear and questioned you, then why would you do it to others.

I’m curious as to what you guys think, leave a comment and let’s start a conversation. 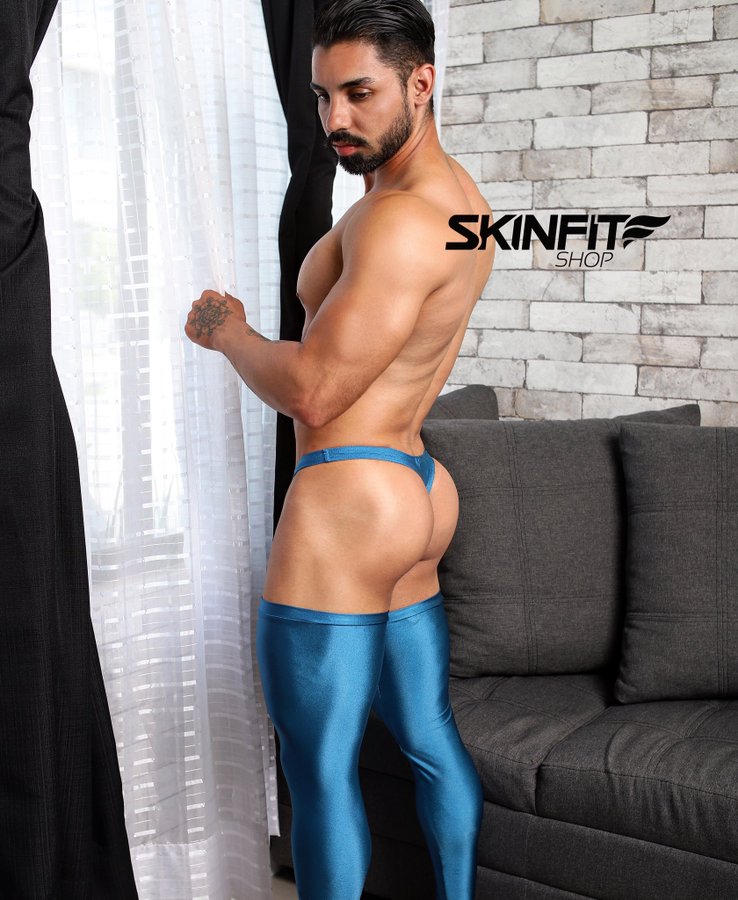 Pink is great for fetishwear. Guys who think it’s not masculine, really should examine those archaic views. 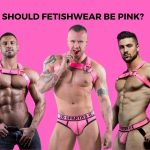 Should Fetishwear be pink?