Underwear Influencer – Our chat with Ardig

How did you discover your love of underwear, swim briefs, spandex, and gear?

I would always admire guys on underwear packaging growing up. Then the internet came along, and that opened a world of inspiration. I was always wearing whatever my mother bought me (usually nasty cheap multipacks) until I finally got a bank card and some money coming in. I remember one of the first pairs I ever bought was a pair of Aussiebum Wonderjock boxer briefs with the enlarge it pouch. To be honest, they weren’t that comfortable, but I fell in love with how underwear could change the shape of your body, depending on what you wore.

What are your favorite styles to wear, and why do you prefer them?

Currently, I’m really into thongs, closely followed by jockstraps and briefs. I like thongs because they are like a naughty little secret that if you saw me on the street, you would never guess I would be wearing something like that.

I like to be a little different, and thongs do that for me. Jockstraps, although fun, seems to be everywhere but thongs haven’t become quite so mainstream yet.

They are also awesome for wearing under tights in the gym because you can’t see the underwear lines, which drives me insane. Thongs are also seen as both a more feminine style of underwear as well as super masculine. There is a certain confidence that comes with wearing such a small amount of material — showing off yet still covered.

Why did you first start posting pics in underwear?

I didn’t necessarily start posting underwear on purpose. I used to have a pretty successful NSFW blog (now deleted) on Tumblr, where I posted all sorts of pics. My Instagram was to support that. But obviously, certain things had to be covered for Instagram so naturally underwear to the rescue. For about five years, I would only post photos from the neck down because I wasn’t confident enough in myself to show who I was. It was only in January 2019 that I started anew and started showing my face too.

Do your friends know about your IG and live if undies?

My closest ones do. Perks of moving to a new country… My friend group is pretty small. Generally, if people ask for my Instagram or want to follow me, then I have to warn them first. I have blocked most of the people that I work with, though… Sometimes you just need to make life easier for yourself.

What have been some of the positive things that have happened since you started posting? Did you have any negative experiences?

I never started posting pictures with any specific goal in mind. One thing that I found is that my self-confidence went through the roof. I was always a super skinny kid and was always shy and refused to be in photos. By taking photos of myself where I feel sexy and good looking really helped me get out of my own head. What you see in the mirror isn’t necessarily the truth. Sometimes you need other people to help you see that. 100% I would not be the man I am today without the confidence that I’ve gained from posting these things online.

The only negative that I’ve ever really had is someone in the year above me in my department in college found out about my blog and pictures. He made a fake account with my real name and tried to talk to me using it. It properly freaked me out, and I blocked it. Not really sure whatever happened to him or that account, but it did properly scare me for a while especially since I wasn’t out at the time.

No matter the body type, there are always people who will criticize you that you’re too big, too small, too young, too old, how do you deal with those?

Fuck them. People have one chance with me. I’m open to constructive criticism, but if you’re mean or nasty, there’s a block button, and I’m not afraid to use it. Life is hard enough without the negativity of random strangers on the internet. If someone isn’t helping you grow, then don’t be afraid to say bye to them.

One thing I have discovered is guys into underwear tend to be awesome guys. Have you made any friends that you may not have met otherwise?

So many. Like really. I have friends all over the world because of posting pictures in my underwear. One of my closest friends that I workout with found me on Instagram and messaged me asking where I got a thong. He lived in Vancouver… the city that I was planning on moving to 3 months later. He and his husband met me the day after I arrived and we have been friends since.

Some of my closest friends I have never even met, but I talk to them daily online. It’s my goal if I ever win the lotto to visit all of them.

It always blows my mind how amazing social media can be. True friendship have been formed over the years, and I wouldn’t trade them for anything!

What is your favorite color of Underwear?

Generally black, but I do love my hot pink Joe Snyder thong!

Lastly, What is your favorite social media to post on? And what is your name on there?

As much as I hate their current censorship, Instagram is my go-to place to post. There isn’t really any other social media that comes close for me. I just wish they were more accepting of ALL communities and what they want to post. You can find me at ardjg. 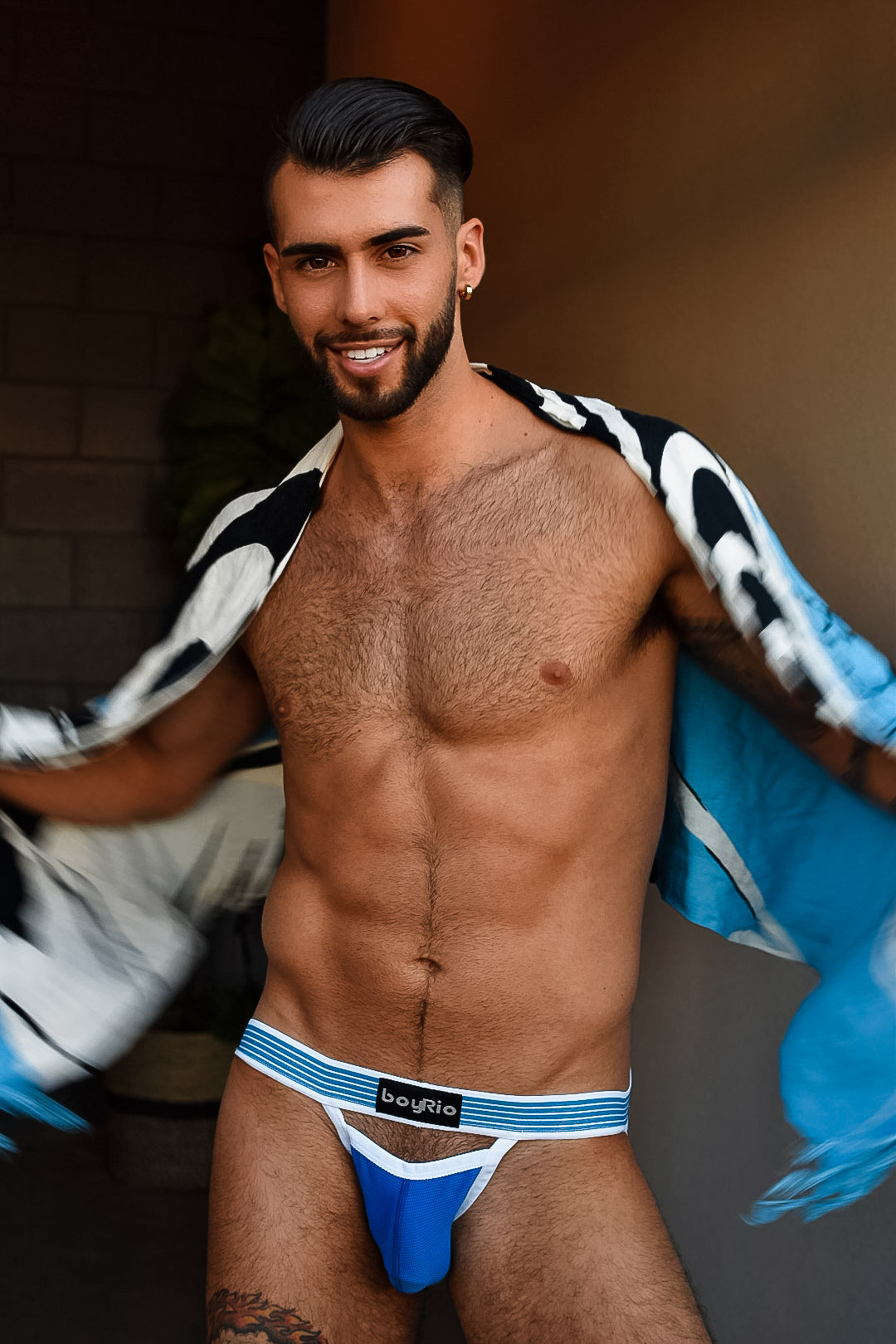 Way to go Andrew! I wish I could build my confidence as well and be 100% out. So, I can do the same. You’re very hot. Greetings from Costa Rica

You are truly an amazing person, Andrew! You’ve been a constant positive inspiration in my life and I’m forever thankful and grateful for our friendship. Thanks for sharing a bit more of your life here on UNB.
-briefsbuff 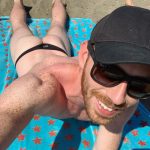 Underwear Influencer – Our chat with Ardig