How thongs overtook Bikinis as the must have pair

Back in 2014, I predicted that we would have a resurgence of bikini briefs. These are personally my favorite style and have been since I was in my teens. In the late ’90s and the 2000s, boxer briefs were the mainstream and most skimpy styles disappeared from the mainstream.

However, in the early 2010s, I thought for sure that bikinis were going to be huge again. Granted, they have increased in popularity, and more brands are making them, bikinis aren’t a part of every brand. Something else happened along the way, the rise of the thong. I didn’t expect so many guys to take to the style.

Around 2016, I started to notice more and more straight guys liked thongs. This kind of made sense to me, because a few of the straight readers told me that their wives/GF’s didn’t get jocks at all but didn’t mind thongs. I figured this was the rise in popularity. But that was not it.

In 2017, we started to see more brands create swim thongs. I thought this was great at the time. But, I wondered how many guys would wear them. We had been running the Swim Brief Challenge, and a few guys did it, but the vast majority of nonskimpy swimwear wearing guys still wouldn’t rock them on a beach.

Then in the same year, we had more and more gay guys wearing them as well. Guys like ScruffyGear, SixFootFiveGuy, and UndiesGeek85 were proudly showing their thongs on social media and not giving any fucks about it. This confidence was amazing and awesome. In 2018, formerly Bikinisnthongs did a year of thongs. He wore nothing but thongs for the entire year and posted pictures every day.

Flash forward to the current year, and we have tons of guys wearing them on the beach/lake. The style stans both gay and straight guys. I think more straight guys are passionate about thongs than gay guys (but I believe Scruffy Gear, may have something to say about that.)

One area this year that has seen a rise in swim thongs are the beaches in Chicago. I have seen so many posts that guys are wearing them proudly on the beach, and the numbers appear to be growing.

What made the thong take off so much? Well, I’m not a social scientist, but I do have theories. First, men’s underwear has been so boring for the mainstream. I mean it was boxers or boxer briefs in dull colors. Those offered no support and were less function than form. Guys wanted something that gave them comfort and feels sexy as hell wearing. Next, the wall between what is masc vs. fem is breaking down. Underwear is neither of those or are gay/straight. Guys can now wear pink, spandex and even lace! Lastly, guys want undies that give you ample support. They don’t want to flop around in their pants all day. They want the boys held in place.

These are my opinions on why thongs have taken off more than bikinis. Now, I still have hope that we will see more bikinis in the marketplace, and I think we will see more. It may take some time but be on the lookout! 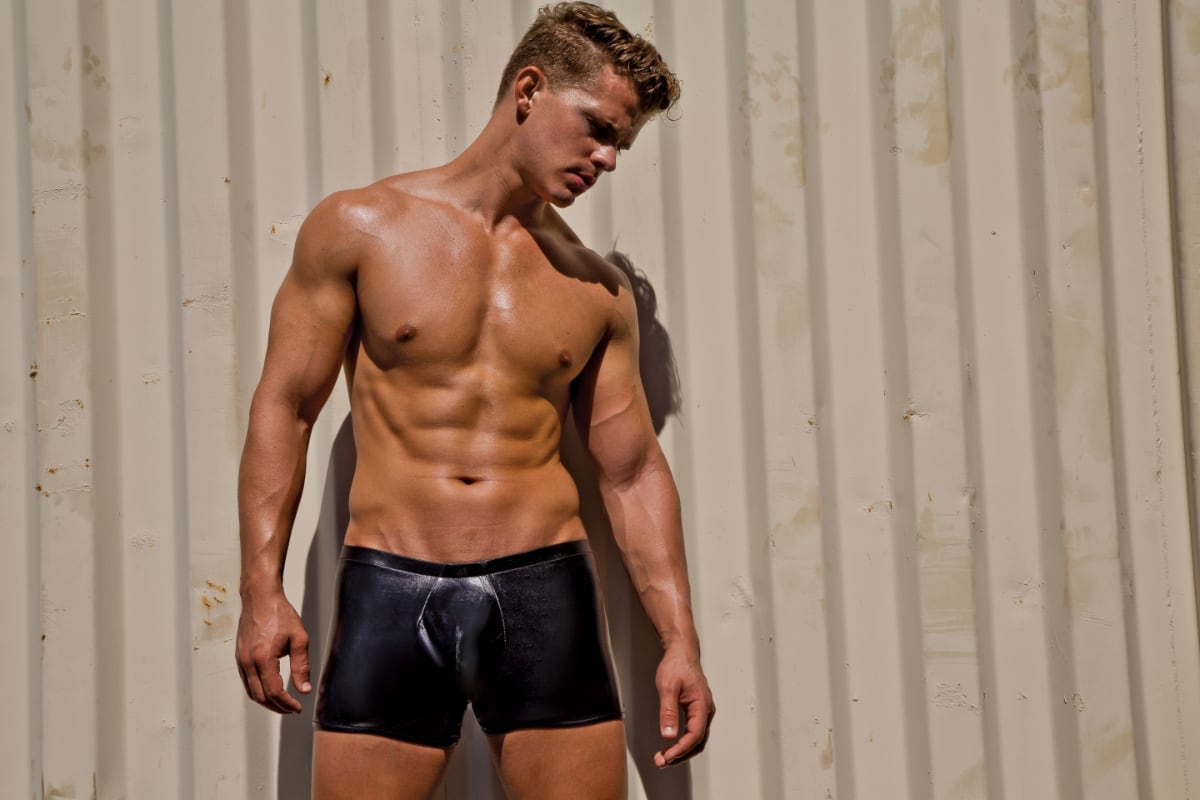 I own 2 swim thongs now thanks for UNB. I don’t wear them very often but I’m headed to Miami Beach in 2 weeks and you can bet that’s all I’ll be wearing there! Keep up the thong posts UNB. 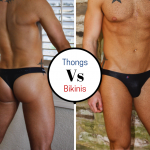 How thongs overtook Bikinis as the must have pair