Jocks are a staple in men’s underwear. They have been around for years. Initially, they were for sports, then in 2009, we saw the explosion of fashion jocks. In the meantime the sports jocks have virtually disappeared from stores, especially sporting good stores.

Back when I was growing up, and in my early 20’s, you could go to any good sporting store and pick up a Bike jock for about $7. Then they released them in color, and I thought it was the best thing. Granted the colors were just black, blue, and red. This was also the time before the internet was big. Back in the stone ages! LOL

Now when you go to stores, it’s becoming harder and harder to find a jock for athletics. Or for a lot of guys, who love the classic jock, for fetish wear. Currently, the only place I have seen the Bike jocks is at Jockstrap Central.

On a side note, BIke sold their business to a brand called Meyer. At first, I wasn’t sure they were going to keep the line. But, they have the classic jock available.

This got me thinking, are jocks for athletics now going to be specialized? A few weeks ago we profiled the Diamond MMA jock with a cup. This is definitely a jock for a specific purpose. It’s designed not to move and protect the goods during fights.

If you’re curious as to why the decline of the jock, I have one theory that seems to be the best explanation. That simply is UnderArmour. More guys are wearing their gear with cups and without in football, baseball, and other sports. Yes, they make compression shorts with a cup pouch. I think a whole generation has grown up without knowing about jockstraps. If they do, it’s some antiquated piece of clothing from the old days.

I think the birth of the internet is another reason we aren’t finding jocks in stores. Stores are now selling things that bring them a profit. As certain products loose popularity and profitability, they get removed from shelves. Specialty stores are taking up the jock mantle. Plus, a big issue a lot of guys have is buying undies in person. They get very anxious about it and prefer to do it more anonymously. The internet does that nowadays. I never had any issue buying jocks, thongs or any other style/fabric.

I have done a bit of research into the jocks on the market. Most of them are fashion jocks. Yes, they can serve the purpose of a piece of sports gear, but they can be everyday wear. Specialty jocks on the market focus on sports with high contact. That includes hockey, hockey goalie, MMA, and boxing. Each of these jocks is made for extra protection, more support, and are worn only in that sport.

Do I think the classic jock is gone? Nope, there are too many guys out there who love it. It’s ingrained in the fetish community too. Fetish brands are making “classic” jocks to fill the void. Also, what’s old is new again. We will see more jocks in the fashion cycle.

In the meantime, we will have to buy more online than in stores. If you want it you can find it at an online store. 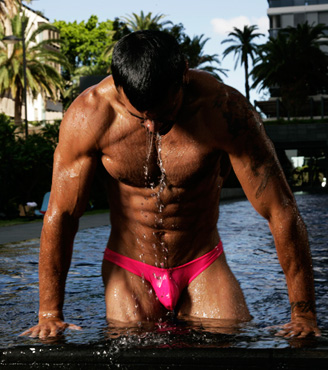 I fan of both classic and fashion jocks and usually wear one if not both styles several times a week. I agree with you on the demise old school jockstrap in stores . It’s to bad though I total prefer wearing a classic jock for sports and working out especially in the summer months . I thinking only seen one regional sports store chain carry sports jocks . Its nice sometimes just to be able to go into store and buy one when needed.

I think thongs are replacing them. Many guys, including me, are now wearing them for athletic activity since they give good support and better movement.

I like jocks and thongs for working out. I wear them under my tights. I won’t wear jocks as underwear but i will wear thongs. I think thongs are not designed better than they used to be which is why they are replacing them 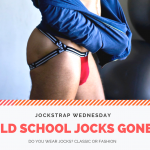