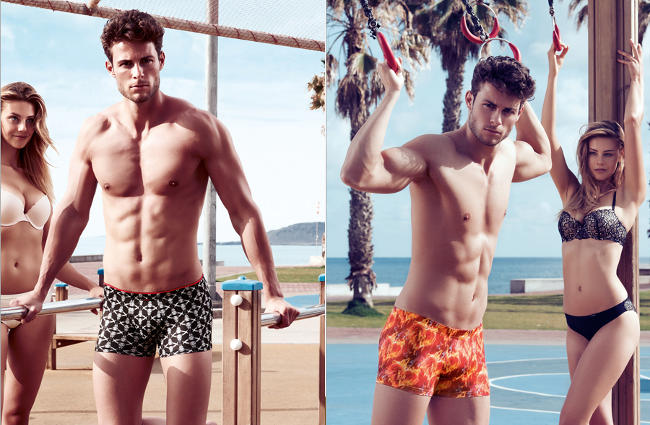 There are some interesting marketing campaigns with the brand Bruno Banani that I’ll touch on a bit later in the post. Bruno Banani is a German brand, so some of my research on them was translated from German. The brand was founded in 1993 by Wolfgang Jassner who already worked for various textile companies. Jassner saw there was a gap in the underwear market with no “young, groovy brand” in men’s underwear.

Bruno Banani sells more than men’s underwear and swimwear. They also sell many other items including women’s underwear too. They granted licenses for fragrances, watches, bags, sunglasses, hats, and even towels. Also, they sell shoes, jackets, socks, and shirts. All of the products for both men and women. Let’s look at the women’s underwear a little first. They have a pretty good selection for the ladies, which you don’t find quite as much from a brand that offers both. Most of the time it is a couple of styles and a couple of fabric options for one sex and then a bunch for the other. They still offer more for men than women. They offer women’s styles in thongs, bikinis, hipsters, briefs, and bras. They don’t offer any women’s swimwear though.

Let’s go over the men’s selection. For us, they have the boxer brief, the more modern hipster, long johns, and the boxers. On the skimpier side, you have sports briefs, which vary in side widths. You have bikinis that they call tangas, and then there are the strings or traditional thongs. The boxer briefs and hipster are a good part of their men’s underwear makeup. For their swimwear offering, they have Bermuda, which is their knee-length shorts. Then they call swim shorts by boxers. Hip shorts are in the square-cut family with the shortest inseams. The other square cuts are called shorts. They’re a little longer on the inseam, but most appear not to make it to mid-thigh. Then there is Retro, which is kind of like sungas or square cuts without an inseam. Their swim briefs are called mini. They’re similar to cut to the sports briefs. Skimpier than a full swim brief, but not quite what I would call a bikini. And lastly, they have thongs or strings for swimwear. They pretty much have something for every guy in underwear and swimwear.

Bruno Banani marketing strategy is one to get themselves notice. They started that with a bold motto or slogan of “Not For Everybody.” When you see that does it make you wonder why it’s not for everyone? Like I said a bit earlier, from a style standpoint I would say they could be for everyone. If you go with price, then maybe not. I would put them in the premium price area at typically $25-$35 a pair for underwear. If you want boxers, you can get them under $20.

They staked claim to be the first designer brand in space. They outfitted one of the astronauts on the MIR space station in their underwear. Bruno Banani adventure tested their underwear in a 10,000-kilometer adventure by Achill Moser from Jerusalem to Zimbabwe. Another extreme adventure test for their underwear was an Eco-Challenge. The German team at the challenge was outfitted in the “Air Active” collection in their 500-kilometer journey through the Australian jungle. There are a few other marketing campaigns they talk about. You can read more about them here.

There is one last marketing campaign I want to touch on that I think is a pretty bold one. The German luge team took a Tongan who was aspiring to be the first one from the country to make it into the Winter Olympics under their wing. This luger had the same name as the German underwear brand Bruno Banani. Of course, this was not his real name, but just a marketing hoax that was eventually uncovered. This brought criticism and attention to the brand, which had to be the goal of the campaign. The luger’s real name is Fuahea Semi, and there is a movie about him called “Being Bruno Banani.” Check out more about the movie on the IMBd website.

As you can see they have done some interesting marketing to build their brand recognition. Have you tried the Bruno Banani brand? Let us know your thoughts on them. 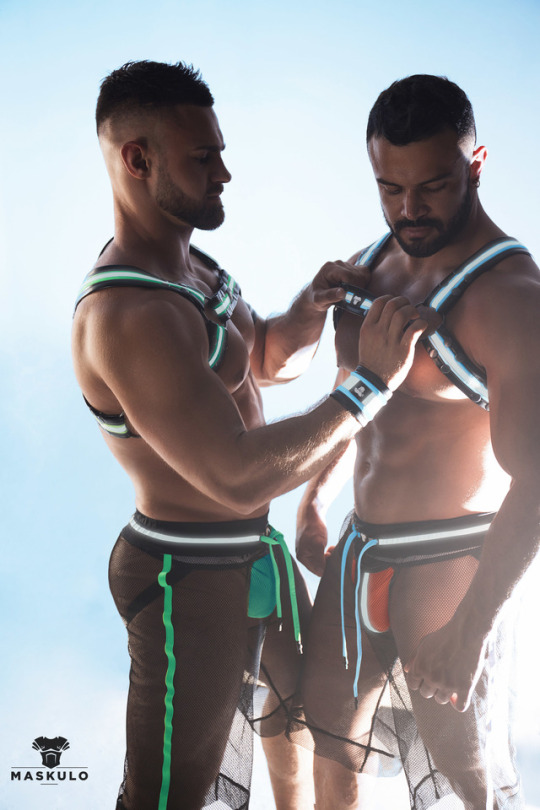 Nice to see some ladies on this site!

Glad you like the image choice. Too bad they didn’t have any with the guy in anything skimpier with the women. 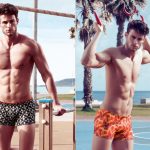