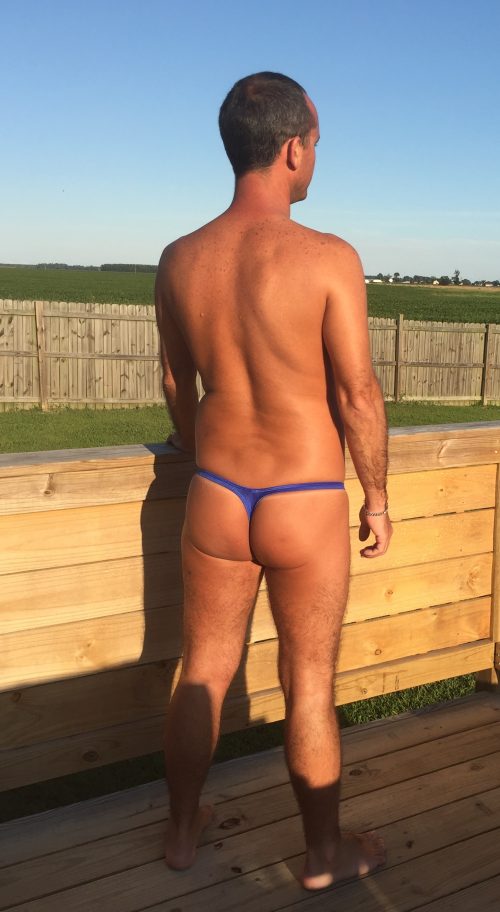 Hi guys, UNB Ryan here-ready to jump in and introduce myself to everyone. I am also very excited to hear from each of you through email and comments on the site. For the quick intro, I live in Northeastern North Carolina, about as rural as you can get.  I am a straight married man with two kids and three small dogs. My wife and I have just sent our daughter off to college, so I will have some extra time on my hands now. Finding underwear and swimwear presents quite a challenge, but finding somewhere to wear it is another story altogether. I’ll start off by explaining how I came to love underwear and swimwear, talk a bit more about what types of things I like, and finish up with some of the prejudices I have faced through wearing minimal swimwear in public.

First of all, let me start by saying I LOVE THONGS! Both as underwear and swimwear, I wear thongs almost exclusively and look for any opportunity to browse and buy new ones. That being said I am not opposed to trying new styles of underwear and most recently bought a pair of Joe Snyder Bulge Bikinis in black lace that I was really unsure about.

I first discovered my interest in thongs in my early twenties. I bought a couple at a Fredericks of Hollywood store in a local mall probably back in the late 90s. I loved how they looked and felt, even with the less than optimal sizing and color options. My first wife, however, did not care for them AT ALL and ridiculed me for wearing them. I felt so belittled by the reaction that I completely stopped wearing them around her and really put it in the back of my mind for a few years. I occasionally pulled them out and wore them when I felt I could do so without arousing any attention from her but in the end resorted to wearing the 100% cotton boxer shorts that all “normal” men are supposed to wear.

Fast forward to a few years later after meeting my current wife. After some awkward jokes about man thongs on a beach vacation, I explained to her that I had worn some thongs in the past and enjoyed them. She suggested that we buy some more and I quickly jumped at the opportunity. We were able to find some speedo brand Swim thongs in a local beach store that I tried to wear out the first summer we were together. We frequently visited the beach together, and I was in that black speedo thong for every visit.

I was able to expand and bought various thong underwear and swimwear that I incorporated into my wardrobe. My wife supports my habit and accompanies me on multiple beach trips throughout the year. I now have a drawer full of thong Swim and underwear that I wear on a daily basis. I am thankful to have someone who supports, or at a minimum puts up with my love for underwear and swimwear!

To talk a bit about what kinds of things I like, I’ll obviously start with thongs.  I love thongs, and typically the smaller, the better. I enjoy wearing thong bikinis on the beach or to the pool whenever I can, and also wear them as much as possible when doing things around the house like washing our cars or doing yard work. I love the skimpy thongs and g-strings with tiny straps. The brightly colored suits are my favorite, and I especially like how pink suits look against a summer tan!

Some of my favorite swimwear designers include Arroyman and Jovana Design. I love the tiny tan lines I get from their micro, barely there designs. I also like some of the older Dore designs, and while Dore’s predecessor (Beach-n-Dance) is doing an outstanding job, I have been partial to the designers that offer suits with ¼” sides for tanning. This year I have started wearing some suits with wider straps such as Joe Snyder and Beachndance styles. I feel more comfortable wearing these when in more public settings and don’t worry that I’m going to offend anyone or get into any trouble wearing them around other people.

As far as underwear goes, I like thongs vs. g-strings and wear a lot of cheeky styles. I am most comfortable wearing styles with a wider back instead of some of the tighter styles I might wear when sunbathing. I like a lot of brands such as Cover Male and Daniel Alexander and am open to suggestions! I don’t mind the wider straps or sides on the underwear that I’m not going to wear outdoors to sunbathe in. I have a few pairs of either cheeky boxer or bikini styles that I wear on occasion.

Over time I have had a few people to find out I wear thongs. Mainly family, but a few friends as well.  Most have been indifferent to my choice of underwear, but I have had a few that have ridiculed me concerning my choices. Quite obviously my first wife was very negative about my underwear choices. I have also had a few friends that have found out by accident who didn’t really say anything directly to me about it.

Wearing thong swimwear has been another story altogether. I have heard dozens of negative and positive comments. When wearing thongs on the beach, I try to steer clear of the tourist destinations and head to the less populated beaches. When I have visited the more public beaches in the past I’ve obviously heard the “you’re gonna get sunburnt” or “is he wearing anything at all” comments and have been pretty fortunate not to be harassed on the beach by anyone concerned my swimwear choices. I have had a couple of instances where someone on the beach asked me (in a very sarcastic tone) where I got that suit because “they wanted to buy one” for themselves. Yeah, right-like you’d have the balls to wear it…whatever. I simply either ignore their comments or tell them to go to Wings. I have met some other guys on the beach who wear thongs or other minimal swimwear who complemented me on my swimwear and asked what brand I was wearing or where they could get some. I enjoy the positive interactions and try to ignore the rest.

In closing, I look forward to writing for UNB and hearing from you with any questions or comments you may have. If you have an experience wearing a thong, whether it be privately in your home, on a public beach, or maybe even to the doctor share it with me either in the comments below or through an email. I will be doing some articles in the future about where you can wear thongs, how do deal with negative impacts, and how you can be a positive image of male thong wearers on the beach. If you have any suggestions of things you’d like to hear me talk about drop me a line! 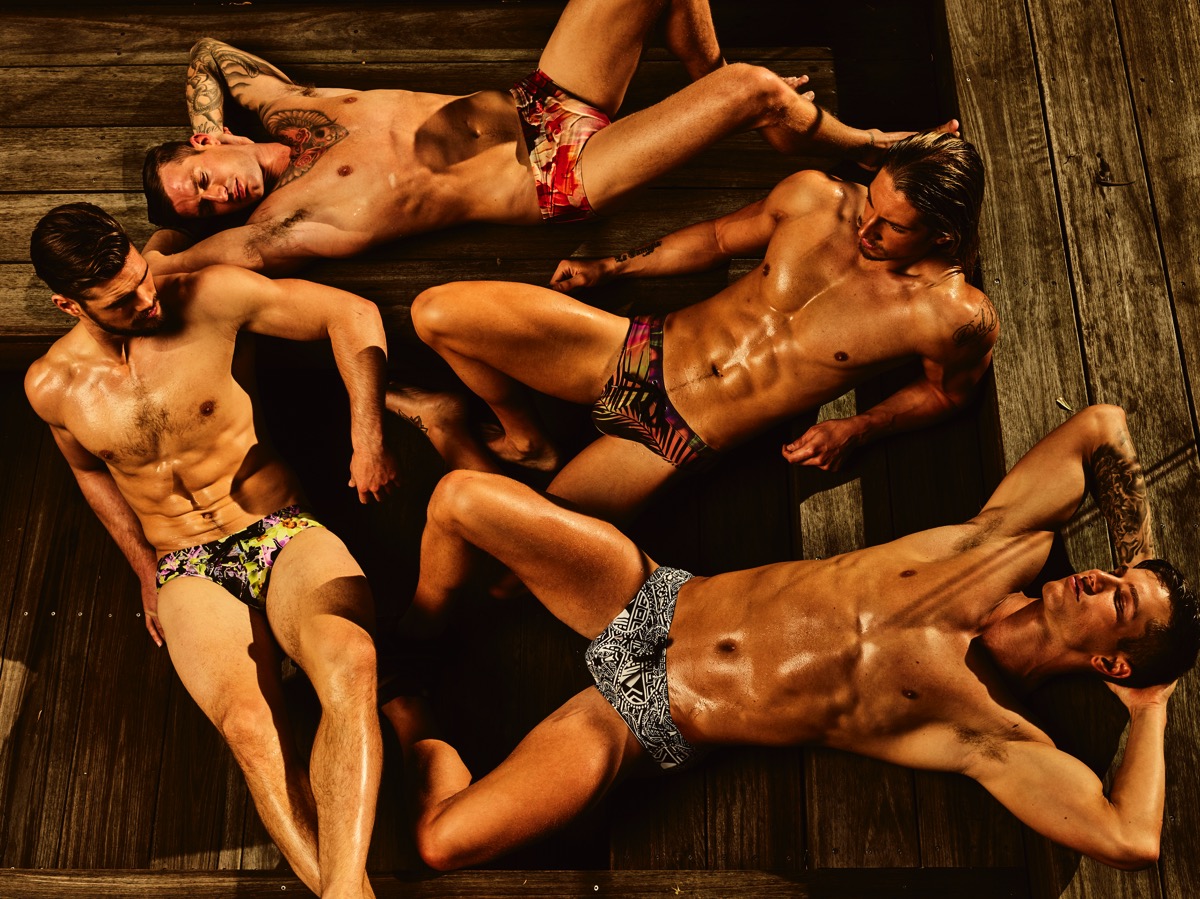 Interview - Grayson Boyd Brings Aussie Style to the US

Awesome story. Thanks for sharing. 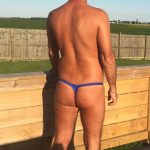