Welcome back, Simon. When we last talked. You were traveling in a male dance show. How did you like that experience?

It was fun. I’ve never done the traveling stripper thing so it was an experience I was curious about. I had a good time, the other dancers were cool shit, and the ladies fucken loved me (of course) haha. I was a bit let down by the owner, he put ZERO effort into adverti
sing for the events and over-bookes the tour. Literally, no downtown between traveling to the shows and the shows themselves and none of the venues we’re anywhere near sold out. All in all, though I’m still happy about the experience.

You are going to be on a few Episodes of My Naked Kitchen. How did this come about?

This came as a result of some networking from the Jockstrap Central shoot. Those guys absolutely loved me, which led to the designer of one of the jocks I wore in that shoot wanting to do another product shoot with me. He knows the man behind My Naked Kitchen, and of course, once would traveled of my awesomeness, he wanted a piece of this action as well haha.

Did you have any reservations to strip down and try on a few jocks to cook?

Not at all. I’m still not really a huge fan of jocks, but ya gotta give the people what they want! Lol

What jock did you end up cooking in?

I cooked in two pairs from Raw Studio, and one pair of PUMP.

Since you are cooking in jocks, have you always cooked? What’s your favorite thing to cook

I love cooking and am naturally pretty good at it. I don’t usually follow recipes I just throw shit together and 98% of the time it turns out fan-fucken-tastic. I’d have to say my favourite meal to cook would be large sea scallops wrapped in prosciutto – so fucken good.

What was the experience in My Naked Kitchen?

There was a bit of a learning curve, haha, getting used to spitting out my thoughts and not fumbling over my words. Ed was a great director though, and we hit out groove after a while. I had a blast and can’t wait to do more!

If you could have someone join you to cook as a *second guy (my episodes were by myself, so it’d be just a second guy). Who would you like to join?

Well, I’ll probably try to drag a few buddies of mine on to the show with me, cause I feel the joking chemistry I have with most my buddies would lead to entertaining episodes haha. But if I were to pick let’s say a celebrity to co-host with it’s for sure be a three-way tie between Arnold, Sly Stallone, and The Rock haha.

Are we going to see on more than one episode?

We already filmed three episodes. I believe the first will be aired next week sometime. Then the next two will be spaced a week or two apart.

Where will the episodes be released?

You can find the episodes on the YouTube channel @ www.youtube.com/mynakedkitchen 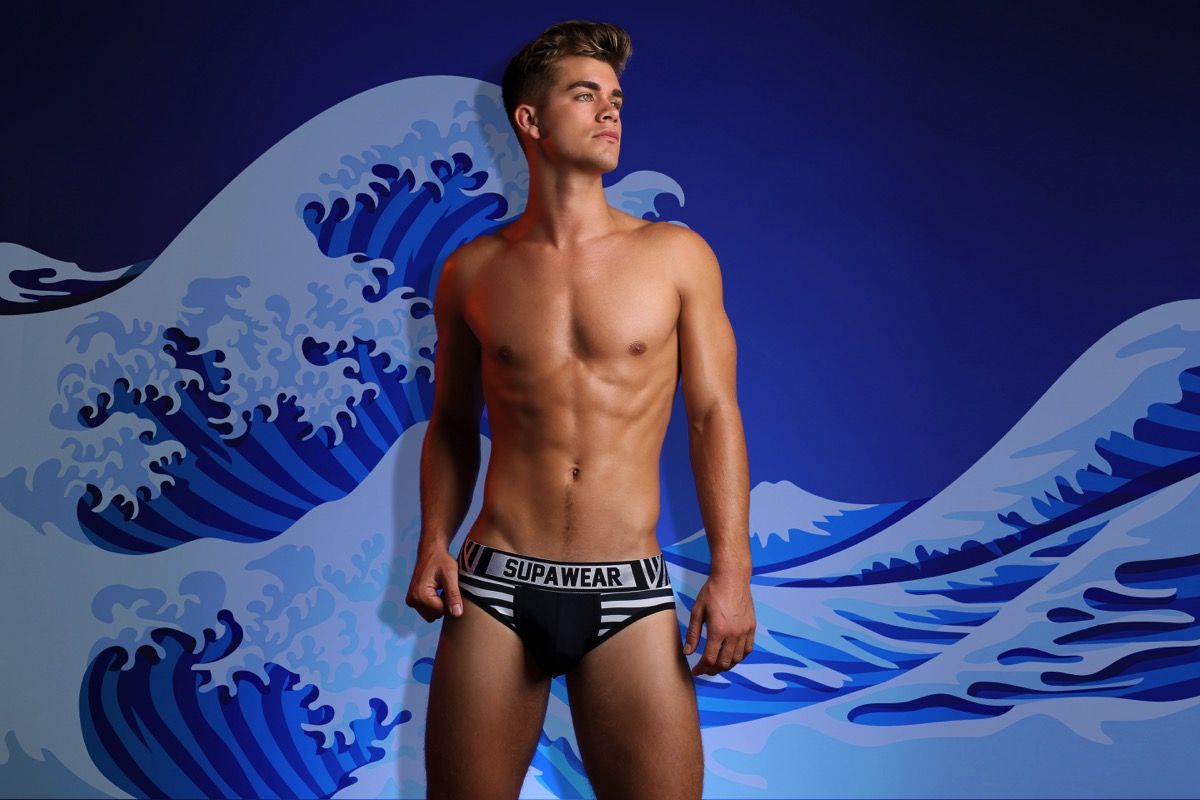 Great blog post! Thank you for introducing me to the Naked Kitchen series… I can’t stop watching all those guys in underwear, making food! 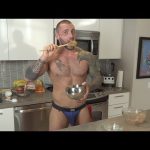