New thongs from Clever are here!

New pairs are always coming out, and i’ve got some spicy ones for you! Clever has released it’s new spring and summer line up, and as usual, there are a few thongs mixed in with the rest. Clever’s thongs are always a little different than most brand’s thongs. What makes them different is that the thong’s waistband isn’t entirely the standard “name around the whole thing” we always see. Instead, the center section of the back of the thong is actually covered up by the material that makes up the rest of the pair, a neat look in my mind. Clever’s thongs always look shiny, sleek, and stylish, but you all didn’t come to hear me wax on. You want to see the new thongs! So let’s get started! 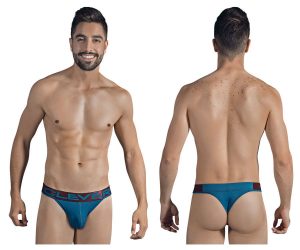 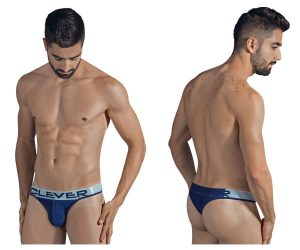 First up is the Snowy thong. This pair comes in some nice colors, either a dark blue with a Silver waistband, or deep green with a dark red waistband, on each the brand name front and center. I’m a big fan of how the red and green looks together. 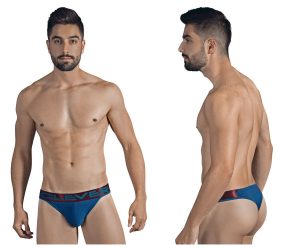 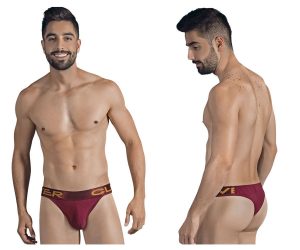 Next there is the Stingray, which adds in some contrasting line stitching to show off your stuff. The line comes in Grape and blue.

Clever also usually makes a variety of different types of pairs for each line. So if you like say, the snowy look, but aren’t a thong fan, they have the look in briefs and boxer briefs as well. 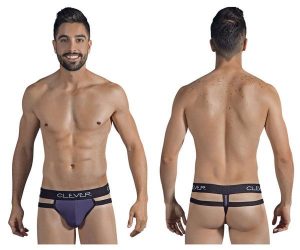 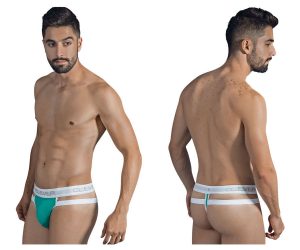 Clever is also getting into the jock thong business somewhat. Their Crystal Jockstrap is more like a thong, as the split waistbands lower straps come across the rear instead of under it like a traditional jockstrap, which places it squarely in the thong camp in my book. The pair does feature a small thong back, and comes in Grey(Black with purple pouch), and green (White with green pouch). The center rear strap is also the same color as the pouch, and is a nice pop of color.

I find Clever thongs to be both familiar and different, an intriguing combination. I am excited that they keep making thongs. Which one of Clever’s offerings do you think looks the best? Let us know in the comments below!