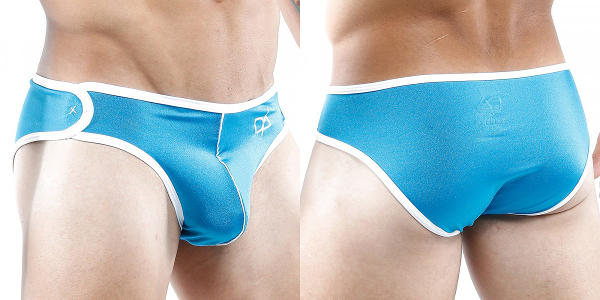 The Fascinating Journey Slip Bikini from Daniel Alexander is a pretty conservative bikini. It is pretty much full coverage front and back. The uniqueness of this bikini is the look of the sides. They constructed the bikini so it looks like the sides are held together with a stitched X. Makes me think there should be a button there appearing to hold it together. The button might be even a better look. Making the button useable probably would even draw more people to purchase it. What do you guys think about that idea?

As with most of Daniel Alexander’s underwear, this bikini’s fabric is made out of a blend of 85% nylon and 15% spandex. They offer it in sizes small to extra large and in three colors. All three colors have the Daniel Alexander logo on the left front hip in white and feature color accented piping. Your first color option is royal blue with red piping. The stitching for the X on the side is also red along with the center seam of the pouch. Turquoise is another option, which has white piping and X stitching along with white center seam of the pouch. Last up is the color grey. It has blue piping and X stitching. Which color would you choice? I’m thinking the royal blue with the red accenting is the way I would go with this one.

Daniel Alexander’s newest additions to their line has been all about adding in some color accents to their styles. If you just want to add a little extra color to your underwear then maybe these would be a good choice. If you would like even more color mixed in, then take a look at some of their other styles. Go see what Daniel Alexander has to offer and add something new to your underwear mix. 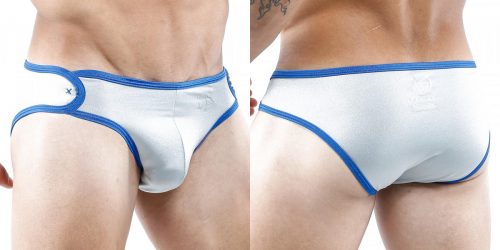 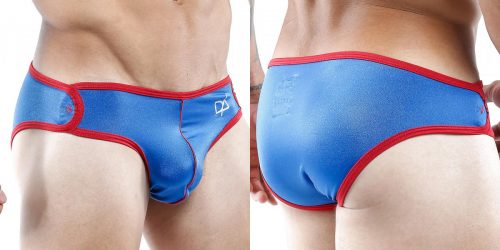 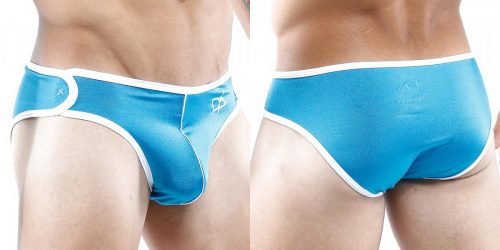 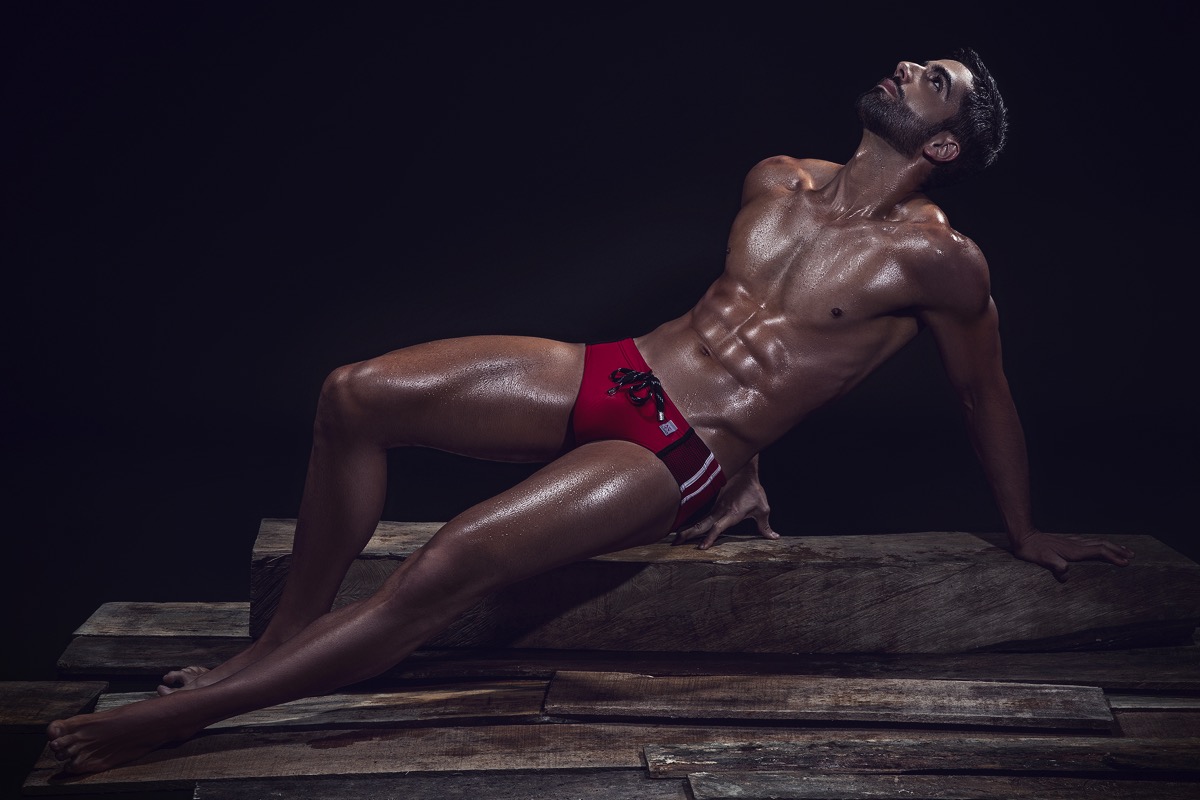 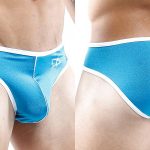