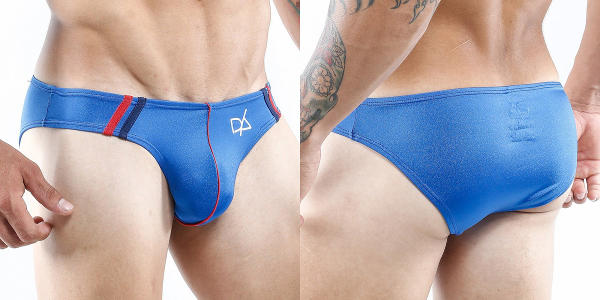 A lot of underwear for guys out there are just solid colors. Personally I’m drawn to pairs of underwear that aren’t just one solid color. Just little accent colors to a pair can draw my attention in. That is what I like about some of the newer pairs from Daniel Alexander. They’ve added some color combination and subtle accenting to some of their styles.

Their Naval Warfare Slip Bikini (DAI012) adds some real subtle accents that helps break up the solid color. This bikini features two diagonal stripes on each hip.Then the center seam of the pouch is accented with a different color than the main fabric color. It’s nice and simple, but gives the pair a little character.

The Naval Warfare Slip Bikini is available in 3 color options. First you have the white that features the stripes in navy blue and gray. The pouch center seam on this pair in a navy blue. Then you have royal blue option, which is accented with red and navy blue stripe on the hips. They decide to use red for the pouch center seam on the royal blue pair. Your final option is navy, which has silver and blue stripes on the hips. The center seam on the navy appears to be silver. I wouldn’t mind adding all three color options to my underwear drawer.

All three colors have the Daniel Alexander logo on the left pouch panel in white. These bikinis are made out of a fabric blend of 85% nylon and 15% spandex. They’re available in the sizes small to extra large. If your drawer is full of underwear in just solid colors, maybe it is time to start looking at pairs that add in some color. This bikini from Daniel Alexander could be a great place to start. 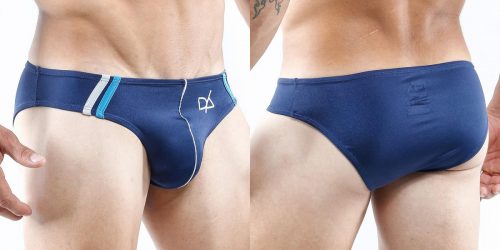 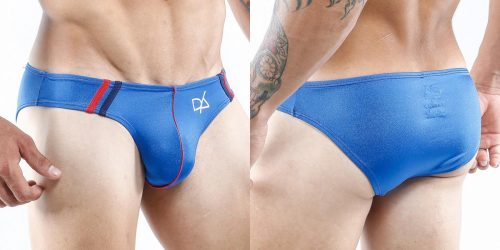 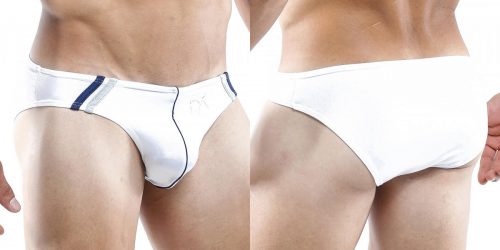 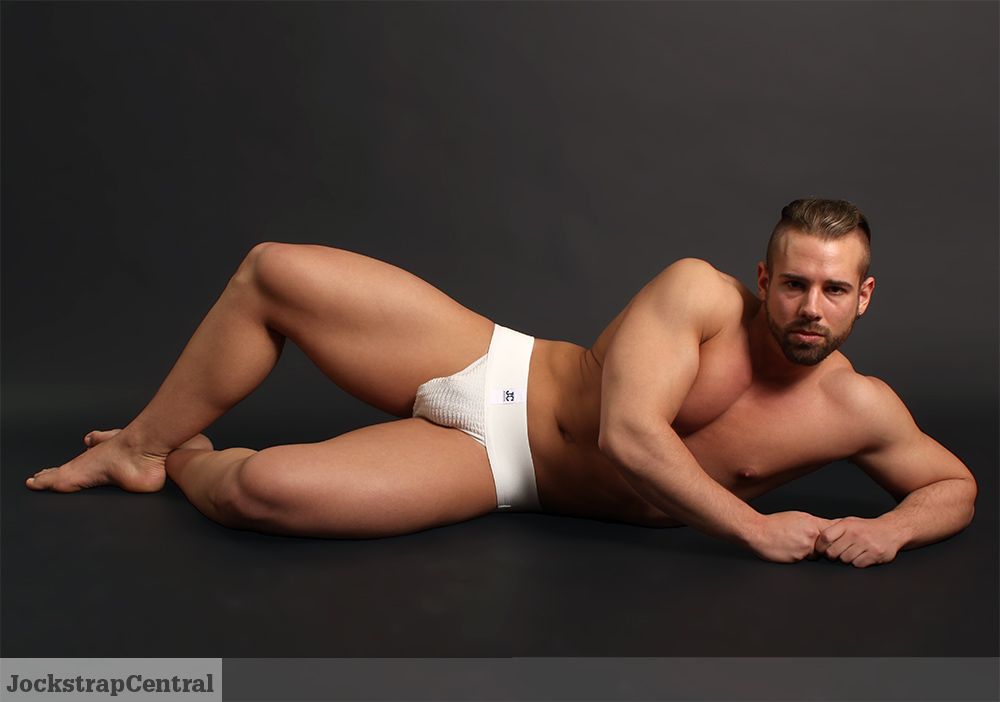 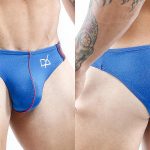