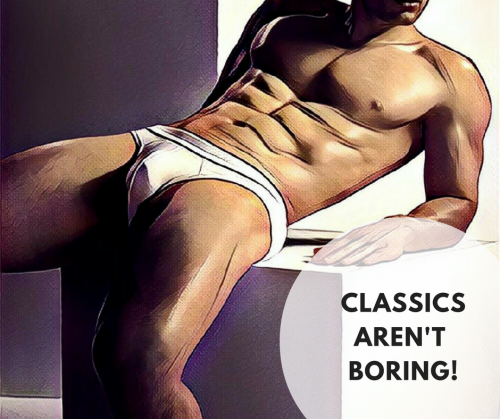 Reading UNB puts you automatically in the influencers in underwear. I say this, not because I think UNB Is awesome (but it is 🙂 ). Rather, you guys have accepted that you can wear any type of underwear you want and it can be your secret or share it with the world. You guys experiment with fabrics, styles, colors and more. You have embraced the wonders that is good men’s designer underwear. As each month goes by you guys never cease to amaze me!

However, sometimes when we get hooked on great undies, there is one section we leave out of our underwear drawer. Those are called the classics. I”m not talking about the six packs from big box stores. Or any other ill-fitting pairs we grew up on. I am talking about great pairs that have classic styling but made impeccably. A classic white brief with a waistband. Or a simple boxer brief made out of amazing fabric. Yes, these styles are solids in the mainstay colors of navy, white, black or gray.

When I first started to wear better underwear, I swore off the white briefs. Hell, I wouldn’t even buy a white pair for about 5 years. It was one color I avoided. Colors like blue, red, green, yellow and other bright hues were my go to. Wearing white just seemed like I was going against my love of underwear. I mean “Who would wear white briefs? You need something more fun!”

It wasn’t till a few years later that I discovered white briefs could be great undies. Brands like Calvin Klien and 2(X)IST made great undies that had the tighy whitie style. It blew my mind! There is something about wearing white briefs under a tux for me.

I know many out there are reading this and saying, I still don’t like them. We even had a model in our Holiday Guide (out soon), who said he would never wear white briefs. It’s to each their own but I think classics deserve a place in men’s underwear and on UNB.

Who makes amazing classics? There are a few companies doing a great job

These are just a few of the brands doing great work in classics. Plus, they are a great way to introduce other guys into underwear! Think gift ideas! 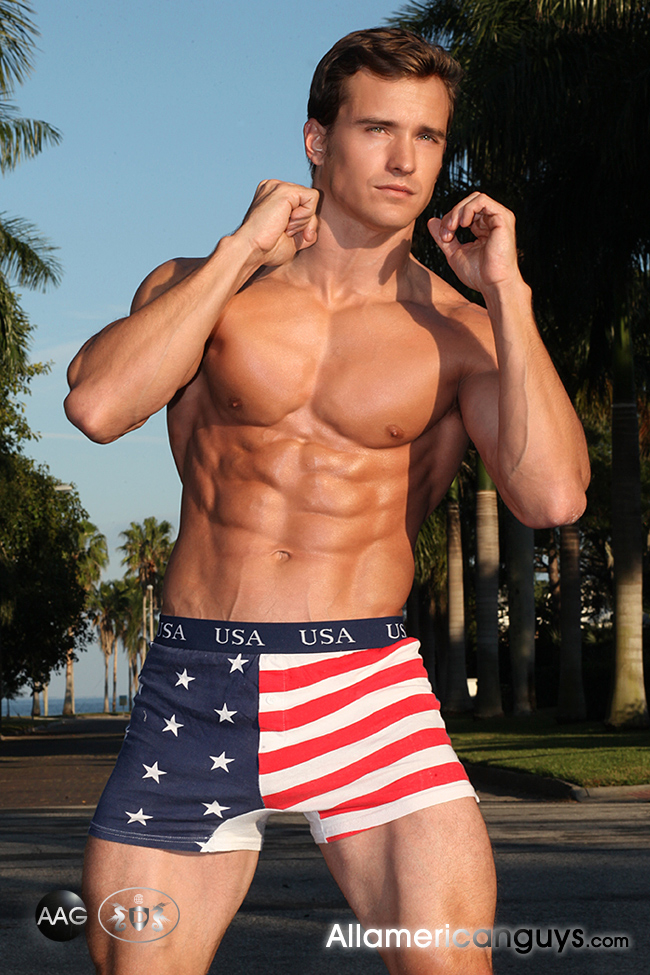 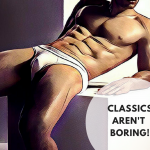