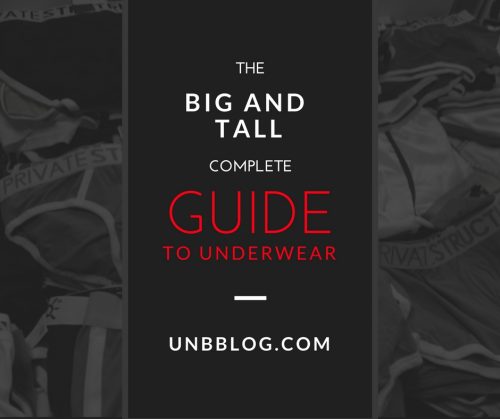 Over the last week, I have been inspired. I had the chance to sit down with Salvatore and talk in person. Many don’t know we at UNB are spread across the US and rarely get a chance to have face time. We had a good 3 hours of UNB planning. It inspired. Our Complete Guide to Underwear for the Endowed guy from an Endowed Guy. We needed to expand this to other guys.

One section of guys that is underserved in underwear are the big and tall guys. I happen to fit both categories. I have been open with my Body Image post a few weeks back. I am 6’4” and upper 200’s and a 42-inch waist. So this definitely classifies me as both. Like many of our readers, I would never be mistaken as an underwear model. There are challenges for guys in both categories.

Unlike a lot of clothes, underwear is a bit different. Being as tall as I am sometimes the pants are too short in a suit or the shirt isn’t long enough. Underwear still has issues for tall guys. I remember in my teens, Jockey had a line just for tall guys. I haven’t seen this in a while, so I’m not sure if they do it.

I have had this happen a few times. You get a pair of low rise briefs and it barely covers the front and back. If the rise in the briefs is shallow, it just won’t fit. One pair I remember I kept pulling up in the back. It wouldn’t stay put on my waist. We have to be careful of how low rise pairs actually are cut! This sometimes means buying a size larger. That frankly, just doesn’t fit right or look right on a guy.

If you’re a tall thin guy, you can have issues in how the pouch fits against your body. It may not hold everything in and give support. You may actually suffer a blowout (You know what I am talking about.). The leg openings are designed for guys with bigger thighs.

Bigger guys until recently have been left out of the ability to have great undies. In the last few years, companies have either come on the scene or started to develop underwear in larger sizes. We had Krakatoa tell us in their interview they had a larger guy who loved their underwear because it’s comfortable to him!

Getting underwear over a size 38 can be a challenge. A few (who I will cover below) companies actually make undies for larger guys. Most designer underwear goes up to a 40-inch waist for the most part. There have been many brands I want to try but have yet because I wasn’t in their size range. I lost 70 pounds and got to try a few but there were still more that I still was too large to try. I was almost a 36-inch waist. There is also no wearing underwear that’s too small. I find nothing more irritating than underwear that’s too small.

Waistbands are one thing I love. The designs and such can set off a pair. With larger guys, the bands can roll and fold over. Making it super uncomfortable. No matter how great looking the pair is, the band will make or break the pair. When this happens it inevitably stretches the waistband. Sometimes it gets fixed when you wash and other times it doesn’t.

Not designed for bigger guys

Underwear for bigger guys needs to be designed for them. You can’t simply take a medium pattern and scale it up to a larger size. It’s like plus sized in women’s wear. It’s not a copy of the “regular” clothes. Problems include too tight leg openings, not enough coverage in back, pouch design and more. To the credit, though, brands are starting to pay attention to this and are doing something about it.

Do you have to accept you have limited options?

If you are either, you have to accept you will have limited options. If you’re just tall. Experiment and find a brand that fits your body best. If you’re longer in the legs, you may not have issues. I can’t say with brands would fit you best. I would suggest buying non-low rise underwear.

If you’re bigger guy. Go with brands designing for you. BearSkn is one made for bigger guys. They sell in all sizes but are designed for bigger guys. I have tried the briefs and they are amazing. They have none of the issues above. One awesome thing they have is a sports mesh panel for between your legs. Also, another brand  is Junk UnderJeans making XXL sizing in certain of their pairs.

The Industry is Changing

Don’t get discouraged because the industry is changing. When I started UNB there were very few fashion brands for bigger or tall guys. Now there are new ones coming up every year. As more guys discover underwear, current and new brands will address the needs of the consumers such as us. 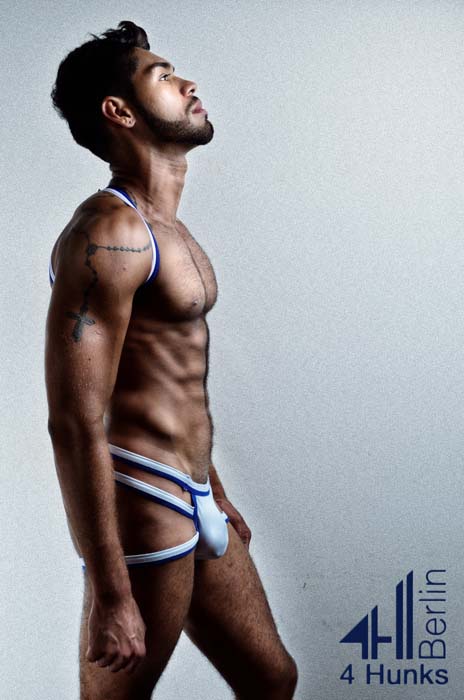 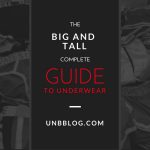