We ran a post on the American Eagle’s new campaign. It was written by our very on Beau Briefs. It was refreshing to see a company take on having positive body images for men. I, like most of you reading this, are in no way a male model. We don’t have six packs, our body fat isn’t in single digits and have round bubble butts. As a guy who’s considered bigger, I am having a mixed feeling about this revelation from American Eagle.

Why am I having an issue. First I have had a really bad week and don’t want my own issues to cloud this one. While it’s good they brought the conversation forward, April Fools is not the time to do this. Personally, I think the April Fools cheapens the sentiment. Its like “Psyche” we wanted to talk about it but not! Sort of a “I made you look.” Before I go forward here is the official press release from PR News Wire from American Eagle. (Note this is the entire press release and we haven’t edited down any).

NEW YORK, April 1, 2016 /PRNewswire/ — American Eagle Outfitters proves once again they’re not afraid to take a risk and have a laugh in support of a good cause. Following the successes of the Skinny Skinny Jean in 2013 and American Beagle Outfitters in 2014, the brand reveals today its #AerieMAN campaign, featuring a mix of quirky characters of different sizes and personalities sharing “real life” stories in their skivvies, was all in good fun to parody the #AerieReal campaign by Aerie, a leader in body-positive marketing. This announcement marks the brand’s pledge to forego retouching its male models in its underwear and swim images beginning Holiday 2016. American Eagle Outfitters maximized the brand’s visibility in mid-March due to its history with April Fools hoaxes in order to raise awareness around body diversity.

The #AerieMAN campaign, which sparked immediate online chatter and debate, challenged how brands market to the male customer, and portrayed a lighthearted, creative interpretation of the #AerieReal message, a body-acceptance movement launched in 2014 where Aerie, the lingerie and apparel brand from American Eagle Outfitters, stopped retouching its models. In addition to making the pledge to eliminate retouching its male models in its underwear and swim images, American Eagle Outfitters has donated $25,000 to the National Eating Disorders Association, a non-profit that supports those affected by eating disorders and an ongoing partner with Aerie. For more information on NEDA, please visit www.nationaleatingdisorders.com.

“We aren’t afraid of being bold in how we engage our customers, whether through a video that makes you think twice, or challenging the norm in how a brand markets to men,” comments Chad Kessler, American Eagle Outfitters Global Brand President. “We are an all-inclusive brand and we know our male customers respond to humor. We look forward to continuing to innovate and evolve the American Eagle Outfitters product offerings.”

It just leases a bad taste in my mouth that it was done on April Fools. I think it’s a total disservice to regular and bigger guys. We definitely need to talk about it. I think companies like BearSkn have done much more to raise awareness than American Eagle. They specifically make underwear for all guys. From size xs/small to 4XL. Their latest shoot has been been bear men not models. One thing that made me laugh is that when BearSkn posted one of our pics from our holiday shoot, they wanted a bigger guy. They said he was too thin.

Other brands are embracing the bigger guy. Junk UnderJeans has branched out the size to XXL. I think this is a conversation we need to have on UNB and it not be an April Fools Joke. Look forward to this soon on UNB. 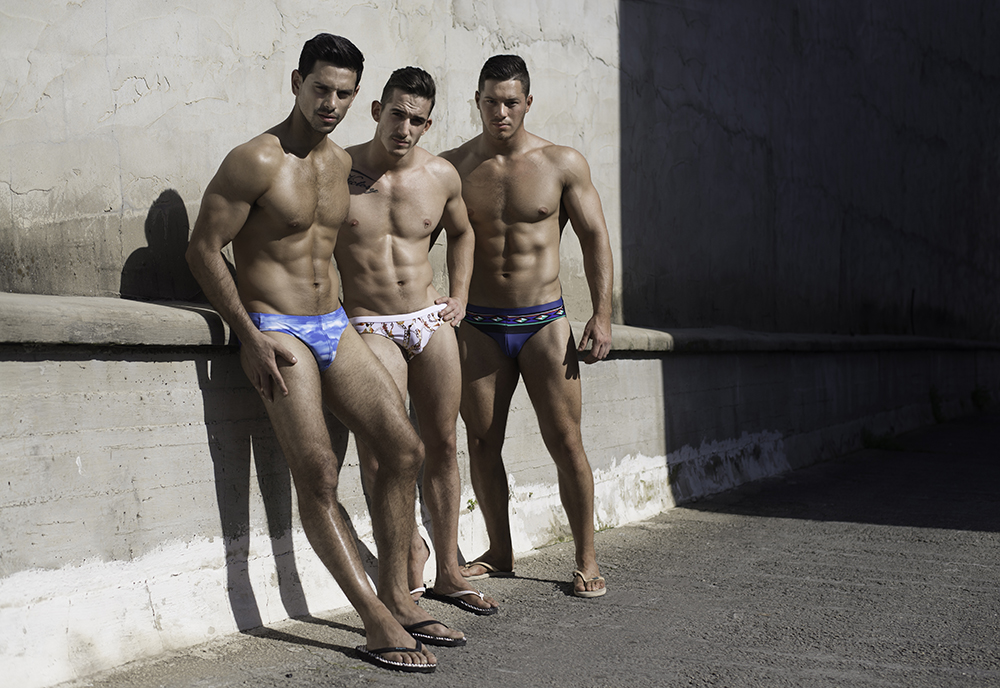 Get to Introduced to Egick 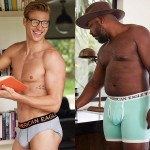