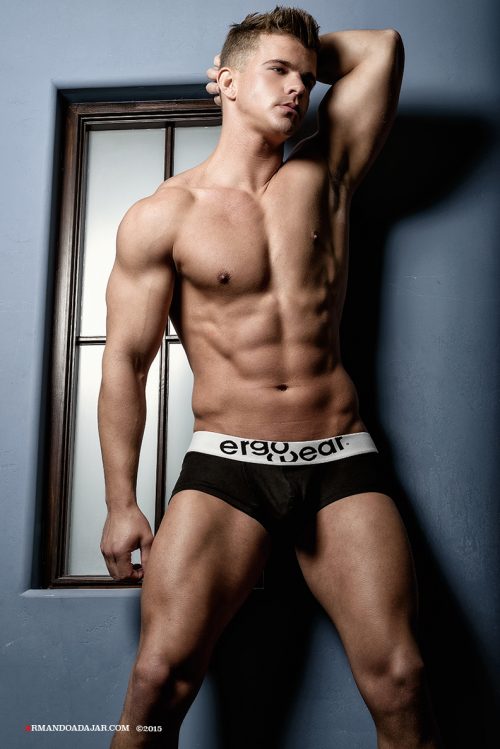 You have seen Shawn Alexander before and now we have an interview with him! We hope you enjoy this profile

What made you get into modeling? When did you first model underwear/swimwear?

It was always something that intrigued me, I never thought I would be any good at it but seeing guys modeling with amazing bodies and amazing images made me strive for it and continue to strive to get better. My first shoot was in Spring 2014.

Is there a shoot you consider your breakthrough shoot? One you got noticed by a wide audience?

I would have to say my first shoot with Kevin Hoover while I was still living in NYC. Following this shoot I was contacted by Joe Flowers with Joe Flowers Talent Management and began to be represented by him. Joe was able to book several jobs for me which slowly began to allow for more publicity and a wider audience. 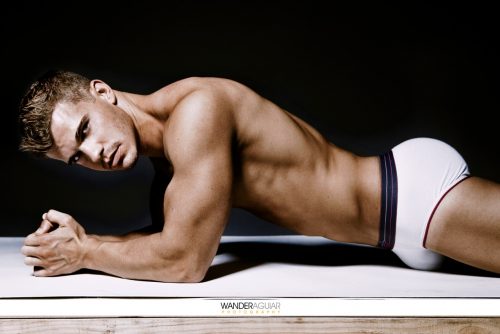 What do you think sets you apart from other models in the industry?

Modeling for me is a hobby more than a profession or something that I rely on to support myself. So, when I’m shooting it’s usually on my terms and I’m able to have fun with it without a lot of pressure.

My favorite shoot was a recent shoot I did with Landis Smithers. This was a fun shoot because it was an all-day project that involved several wardrobe changes, hair, makeup and 5 or 6 other models. We did solo stuff, pairs and group shots all in a gorgeous house in the Hollywood hills. It also gave me an opportunity to branch out of strictly underwear and swimwear modeling.

Unexpected things can go wrong at a shoot, what has been one of the biggest challenges you faced on a shoot and how did you over come it?

I’ll never forget shooting with James Franklin on location for DNA and we were shooting against a building and the sun was directly in my face and I could not keep my eyes open. I think it was frustrating both of us, but eventually we were able to get the shot just by closing my eyes and only opening them when he was ready for the shot.

Underwear comes in all kinds from boxer briefs to thongs and everything in between. What is the most usual you have modeled?

Most underwear I’ve worn in shoots have been briefs. I did do one shoot for different brands of jock straps for underwear expert. Ive also done swimwear for marcus Australia and ergowear.

There are tons of brands out there, which brands have you worn with on shoots?

You’ve worked with Armando Adajar on a few shoots, can you tell us about them?

Armando is great to work with. One of my favorite shoots was with him wearing ergowear underwear. It was actually our first shoot together and was supposed to be a test shoot but the images came out so well they were used for the brand. We also did an ergowear swimwear shoot on location at the beach which was also a lot of fun. He’s always easy and fun to work with. 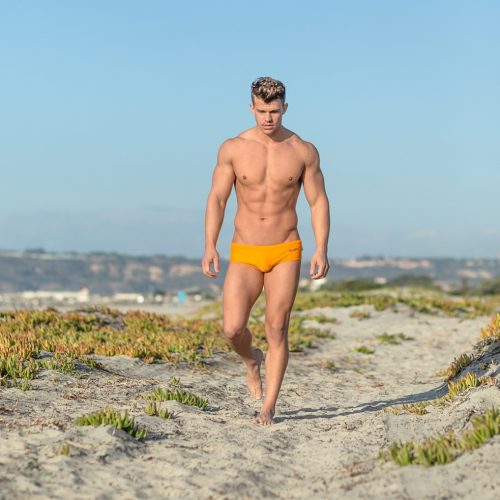 What other  photographers have you worked with?

Which photographers would you love to work with on future projects?

What has been your biggest accomplishment in modeling?

I was featured in DNA’s Hottest Men Alive 2014 Issue and being featured in MMensuel Magazine for an interview they did of Wander Aguiar who shot the photos they used.

Outside of modeling and working out what do you do in your down time? What are your hobbies and interests?

I work fulltime so modeling and working out are my hobbies. However, I love going to the beach, traveling as often as I can, seeing broadway shows (which is something I miss about moving out of NYC) and dining out with friends trying new restaurants.

What type of fitness regime do you do to keep in shape, and does it change when you do a shoot?

Models can’t always eat great what is your favorite guilty pleasure in food?

Fried food and pizza are my weaknesses, ive never had much of a sweet tooth.

Being an underwear blog we have to ask are you a fan of underwear?

Of course, one of the benefits of modeling underwear/swimwear is most of the time you get to keep the products. Having a good pair of underwear is always the foundation of the outfit.

Also, so what makes up your underwear drawer?

Most of my underwear are briefs, jocks and thongs have never been my thing.

What is your favorite song right now?

Talk Me Down – Troy Sivan ( the whole album is amazing though)

If you were stranded on a deserted island what is one thing you must have with you?

I would have to say my cellphone. I rely on it for everything plus I could call for help 😉

What is a fact about you that would surprise our readers? (are you shy? Love disco? Know all the words to Star Wars?)

I’m very shy actually especially when meeting someone for the first time. I’m also very self-conscious and am probably my biggest critic.

What is the best advice you got when you first started modeling?

Learn to take criticism, whether from viewers or photographers being able to take constructive criticism is important.

Where can our readers find you on the net and social media?

I’ve been featured in DNA and on theunderwearexpert.com site. 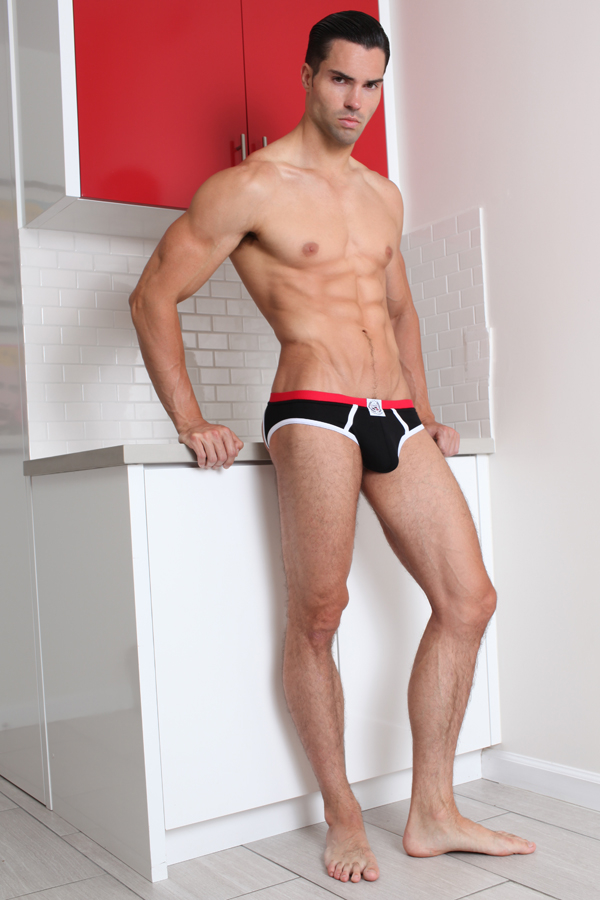 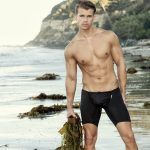