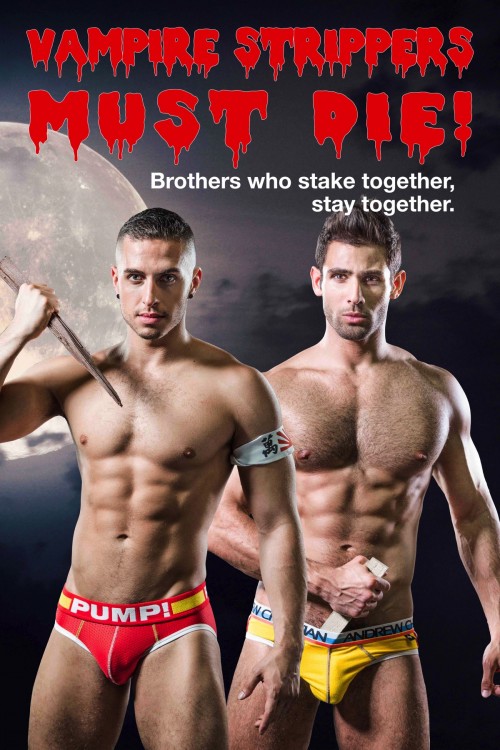 This movie is one I want to see. I love movies that are just fun! We want you guys to hear from the director Keith Hartman. They are raising money through Indiegogo for the film. If you like what we have posted here head over to the Indiegogo site and support the movie!

I go to a lot of indie film screenings that are about really depressing people doing really depressing things. And my usual comments to my friends are, “Needs Vampires” or “Needs Strippers”. So I decided to take my own advice. And also, I’ve always wanted to make a movie with a gay action hero.

How does this compare to other films, “You Should Meet My Son! and “Real Heroes”, you have made?
Like my first two films, it’s a character driven comedy. Sure, there’s a lot of eye candy and action in the film, but we’re trying to make something a little surprising where people will care about the characters and enjoy the plot twists. There’s an interesting gay love triangle in the film, and the lead female vampire has a cool character arc.
The script won first place at the New York LGBT Film Fest’s screenwriting competition, so I think we’ve got a good story to tell.

What has been the initial reaction to the trailer that was released?

Through the roof! People seem to get the concept, and they’re digging it. And that was just something we shot in one day on a shoestring budget. Now I really want to show everyone what we could do with the whole film.

The movie looks like a lot of fun. What can we expect from the finished film?

Tonally, I’m going for something similar to Elvira Mistress of the Dark, which is one of my favorite comedies. The idea is that you put the characters in this wild set up –”We’re male strippers on tour and we’re being attacked by vampires”– but then you play it straight. The humor comes out of how they all try to deal with this crazy situation. You want the audience to care about the characters and what happens to them.

What made you pick Pablo and Bryant in the film? Did it have anything to do with their modeling past?

Bryant came in and just nailed the Cowboy Joey role at his audition. He has great comic timing and this goofy charm that works perfectly for that character. And his martial arts background means that he can learn all the complicated fight sequences and make them look great on film. I’m really lucky that I got him for his first big film role. That guy’s gonna be an action star.

Pablo turned out to be a wonderful surprise. He always looked so serious to me in his photos, but he came in and just blew my whole team away with his ability to do comedy. We actually considered him for several different roles, until we realized that he had great chemistry with Sam Ortiz. So we paired them up as bickering brothers who strip together and fight over everything.

Once we were all on set, I found out that Pablo and Sam are actually good friends, who do constantly try to out do each other. It’s a lot of fun to watch the two of them go at it, and that playfulness comes across in their scenes together. And they both have crazy martial arts skills, so their fight scenes look amazing, too.

Also, while Bryant and Pablo are our big names, the rest of the cast is freakishly talented, too. For several of them, it’s going to be their first big movie role. I’m just lucky I got them before some other director snapped them up!

This film is letting people get involved through Indiegogo. What made you go this route and how can people support the film?

Necessity. This is the sort of weird little indie film that Hollywood never takes a chance on. My odds of getting a studio to back this are zilch. The only way this movie happens is if the fans get behind it and make it happen.

Folks can check out the indiegogo page at https://www.indiegogo.com/projects/vampire-strippers-must-die. I’ve tried to make the campaign as much fun as the movie. –I think we have the only campaign video to ever feature backup dancers.
In addition to the usual stuff, like downloads of the film, our backer can get all sorts of fun rewards– like taking a strip class with the guys, being an extra in the film, or even learning to stake vampires with our fight choreographer.

If you could sum up the movie in one word what would it be?

Lastly, when will it be released and how can our readers see it?

We’ve got the cast and crew lined up, so if the Indiegogo campaign is successful we’ll be moving into pre-production immediately and shooting in Nov. Our Indiegogo backers will get to see the film when it hits the festival circuit in the summer of 2016, and it will go into general release in the fall of 2016. 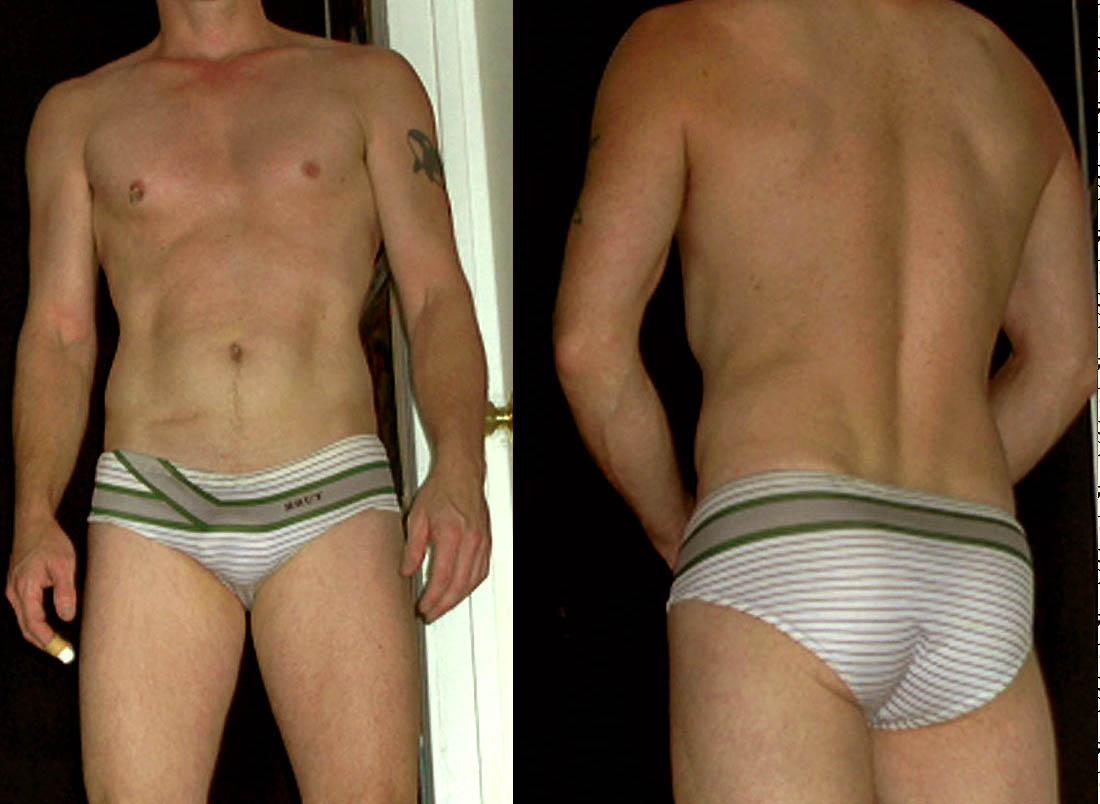 How I Discovered My Love of Undies by Blake 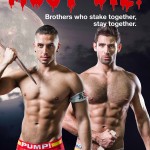