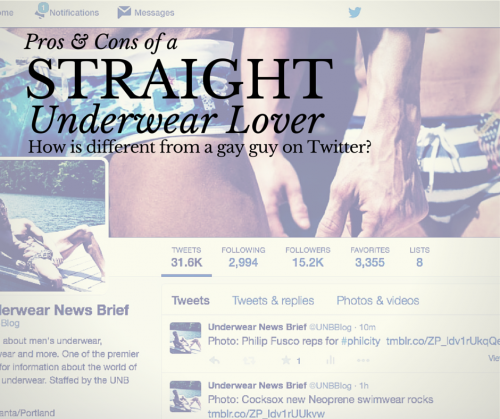 One thing I pride UNB on is our number of straight readers. When the blog was created I didn’t think I would ever have straight readers who loves underwear. Over the last few years guys are realizing why let women have all the fun in the unmentionables. I asked UNB Brandon to give us some pros and cons about being a straight underwear lover on Twitter. If you haven’t read much of Brandon he’s a straight shooter (pardon the pun). He speaks his mind and isn’t shy about it. That is one of the biggest reasons I like him. He’s 100% honest and what you see is what you get! If you are asking where he is, he’s been dealing with work and personal issues. He knows he always has a home at UNB!

Here are his pro’s an con’s:

Pro: Having a presence on social media, especially one where I am sharing photos of myself in my underwear collection provides visual that straight guys really can be into great underwear.

Con: On the flip side of that “pro” there is plenty of people (both gay and straight) who actually cannot believe a straight guy would be OK with posting himself in designer underwear, and many of the “cons” to follow are related to this.

Pro: Due to the large contingent of gay men using social media, Twitter and Tumblr specifically to oogle pictures underwear or of guys in their underwear, having a presence on those sites while sharing ”real” photos means social media attention (gaining followers) is fairly easy to come by.

Con: At the same time, when you start to get a lot of followers the expectations on [me] to post daily pictures, or continue at whatever pace I established in the beginning grow right along with the follower count. Additionally, if I don’t continually post, I will lose a few followers after a few days.

Pro: Having a personal underwear account on Twitter and Tumblr forces me to stay interested in underwear and the underwear industry. It’s the easiest way to discover brands (and if you’re posting yourself in underwear) sometimes brands even end up discovering or tweeting at you.

Pro: Being a straight guy means I am kind of already “unique” when it comes to the fact that I am into underwear at the same level some gay men are, and by disclaiming that I am straight in my bios and through tweets or posts, I’ve found that it becomes a great way for other straight guys to discover someone like them–who really loves underwear, or who gets a feeling of relief, knowing their love for underwear doesn’t make them gay, or whatever.

Con: The second biggest (and last for this segment) is related to the second example I posted. For whatever reason, me posting photos of myself in my underwear is “just too gay for a straight guy to be doing.” The reason I finished that sentence in a quote is the “con” here. That is the sentence (or some version of it) I get after I have just been propositioned by someone who wants me to send them nude photos of me, or dick pics, or wants to send me dick pics or nudes of themselves, or wants to know if I’ve ever “done anything with a guy”, the list goes on… Hopefully you can imagine why I view this kind of attention as a con.

I use Twitter to get my photos out there which I format later in the day to post to Tumblr. It is Tumblr that I really like for what I am doing. I’ve made acquaintance with several straight guys who’ve gotten up the courage to ask me several questions, and some of them have even gone on to create their own blogs. The reason I do it is because I want straight guys to know that getting really deep into the world of men’s underwear is completely OK, and if anything they should be looked at as courageous.

If you are a straight guy do you share these issues? Let us know! 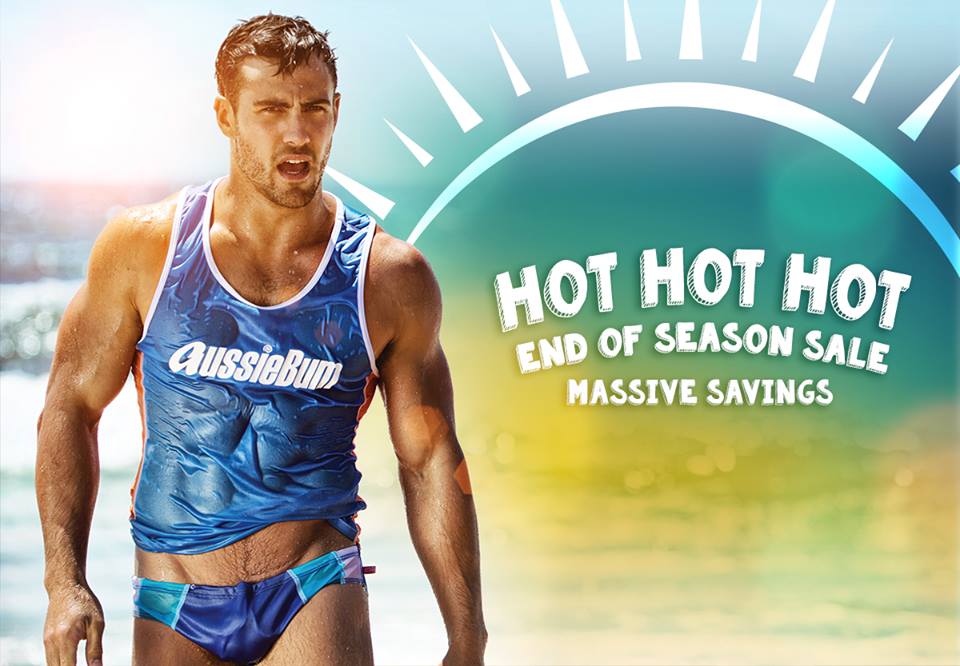 Brandon is right on. I’m on the new side of the blogging and social media world, but I wanted to do the same and show that straight guys can wear adventurous underwear and swimwear too. I’ve limited my postings of myself to mostly swimwear. Partly because I want people to come to my blog for the content and not to look at pictures of me. On the other hand it seems the pictures drive traffic. I also have the same issue with following others on Social Media and getting content showing up in my feeds I prefer not to see. Typically I will not follow back if I see their tweets are a majority of sexual content. Really those people should have their content marked as adult, so it requires the click of a view content button. Haven’t noticed this ability on other Social sites. I do know we have the ability to block the content from our feeds. 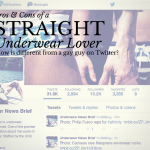