The End of an Era In Underwear: UnderGear Closes 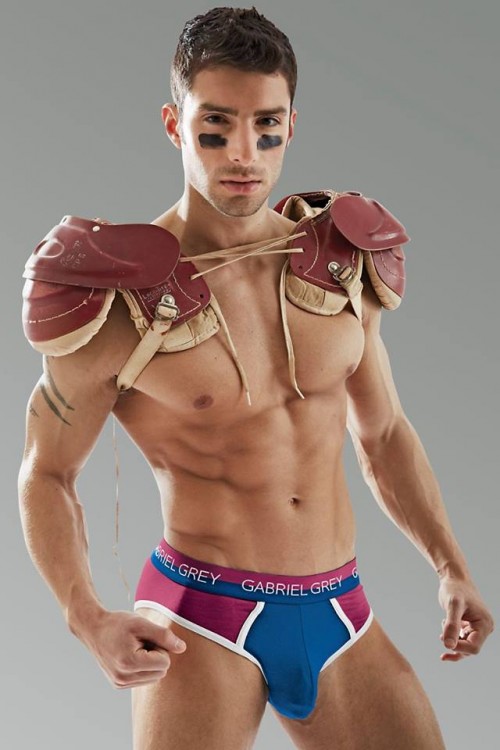 It’s always sad to see a company close up shop in the world of underwear. The world of men’s underwear really is a small world. Everyone tends to know everyone at brands and stores. It is for the most part a friendly world. I never thought there would come a time when there wouldn’t be an UnderGear

It started back in the 70’s when the International Male catalogue was released. If you didn’t come of age in the 80’s you may not know the International Male. It was the main catalogue that had clothes and underwear. Some of the clothes were a bit out there, like the pirate shirt! But it always had, for the time, a bigger selection of underwear. This was way before the internet made underwear super easy to buy. Back in the day you had to call in and order or mail it in the order form if you were shy. 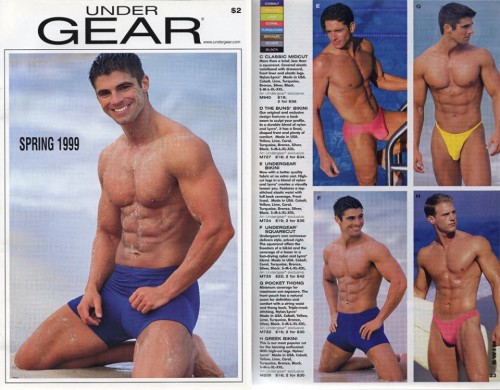 International Male finally created the UnderGear catalogue that sold exclusively underwear and gear! I remember them announcing this and it was like I won the lottery! Here is this company devoting an entire catalogue to my love! What was not to like about this. I tried to find when it split off but was unable to find the exact year. But if I remember correctly it was in the 90’s.

Undergear/International Male used to be the main place to find new brands. Some of the brands I found through them were Mundo Unico, Go Softwear, and the list goes on. It was a big deal to be carried in the UnderGear catalogue. In the 90’s they carried big brands as well as their own brands. Recently much of what they carried was their own brands and just a few outside brands at the end. I can’t tell you how many new brands I found through them. It was the enabler to my underwear addiction!

You maybe asking how much of an underwear obsession I had back in the day. Well I’m not ashamed to admit this but I had and International Male credit card! Yes there were such things back in the day. I couldn’t have been more than 18 and had a $200 limit! It felt like I struck gold, here was this credit card just for gear! I used to place orders about every month, pay it down and charge it back up! 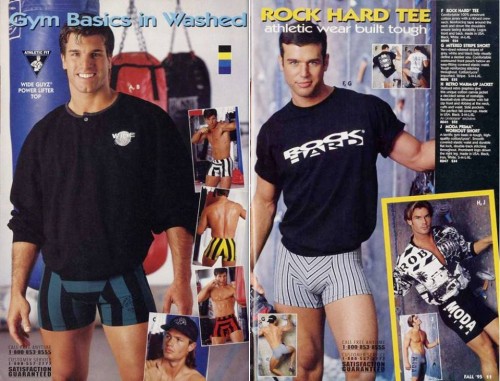 After I started UNB I got a chance to work with UnderGear. They were fun to work with and I enjoyed it. We did many reviews and profiles of their underwear. I was closest to them when I first started UNB. But over the years I could still contact them and get info I needed.

Will I miss them? You bet I will! Its hard to see them go after so many years. Underwear is my passion and it’s like a friend that leaving us. Whether you liked their gear or not they had a huge impact on the world of men’s underwear/gear. Without them being a trailblazer for men’s underwear we may not have some of what we have today!

If you do miss them let us know. I want to run a post on how UnderGear impacted your underwear buying and discovery. Email us or hit us up on social media!

NOTE: I haven’t heard any confirmation as to when they will be closing. I haven’t confirmed with them directly all my contacts are gone but all my sources have agree and Out Magazine has run a story about them closing 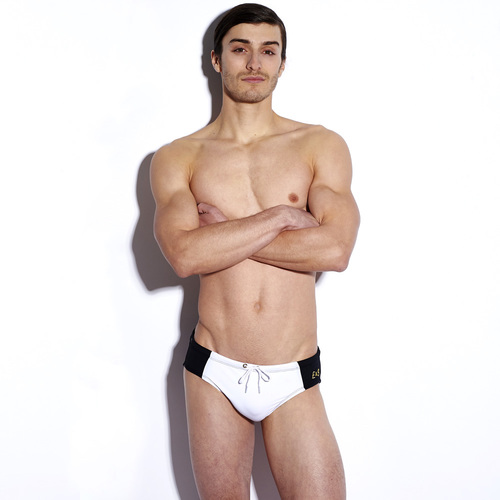 Thank you so much Tim for posting this story about Undergear! If I have my history correct I think the Undergear catalog was started in 1983…….I think I read somewhere…………….maybe on International Male’s website a while back or in some article somewhere! Sometimes with anything that goes back a number of years, our facts can sometimes get a little distorted and that might be some of the romanticism of our pasts. I used to order the Undergear catalog to look at the pictures of the muscular male models as I’m sure many gay boys and men of all ages did. The International Male catalog came out in what year?………maybe 1978? and the Undergear catalog like I said maybe 1983. This was so long before the Internet itself and before the Internet became so popular in general and blew up with hundreds of websites that we could buy men’s briefs off of. It is somewhat bittersweet because as we all know being gay in the 80s and even the 90s was something we had to hide. When the Undergear catalog came in the mail we were overjoyed. We knew other gay boys and guys and men were looking at the Undergear catalog. Jerking off to it and ordering briefs from it. Part of being boys and men………….and of course…….part of being gay and understanding ourselves! Thank you for your story, Tim…………………..sad to see it go! The gay boys of today understand the mens underwear websites of today and maybe some of them know about how a catalog such as Undergear might have meant something to gay guys a while back. But we can all enjoy these catalogs, today and always………………..I have hundreds of them! Anyone want to see them! LOL!

Undergear closing 🙁
So sad to hear. I am also a big fan. I had a feeling that they were coming an end when they didn’t have new gear on the site. I was a gold member on their sites for years. I probably could have bought a new car with all the money I spent on the two sites.
I have to admit I too, I use to oogle over the pictures in their catalogs. They were the first mail order underwear that I bought. And when it came with a free catalog, I was hooked.
I am very fortunate to live in San Diego where the last store of International Male existed. I was in there weekly. I bought my first skimpy swimsuit (which I still have) to wear out to Palm Springs at one of the clothing optional resorts (where I literally ran into my gay older brother that didn’t know I was gay, that is a story in its self). I bought lots of club clothes and I even have a couple of pieces of memorabilia from the store. A mannequin and a “crotch” bust that they use to display underwear. I display some of my underwear collection on them.
I still have a few pairs of Undergear briefs in the package that I will have to put in a lock-box so they don’t get accidentally
unwrapped.
Thanks for posting the article Tim.

Hey do you remember the physical address of this store. Not the one on F street, but I was there in the mid 90’s and remember one being on the corner, but can’t remember if it was on 5th st or 4th. I know there used to be a gay bar next door that was very tiny and longways, (wish I could remember the name of it). I’m trying to locate the physical address of where it was exactly thought you might know or remember. thank you Joe.

So I’d not bought anything from UnderGear in a few years. I’d figured the end of 2015 as time for me to check on new styles. My failed direct URL request led to a fearful internet seach, which led me here. I’m so disappointed to not find UnderGear. Now the memories emerge. I’d first encountered International Male in 1987. I was heading to high school, on a public bus where a guy was reading the catalogue. Upon expressing my interest, he’d torn the order information from the center and gave it to me. That was the beggining of nearly two decades of receiving the catalogue. I liked the different and daring clothing. The underwear and bathing suits also attracted my attention. After becoming more secure in my slowly evolving form, I began to purchase some of the more “body flattering” clothing and moved from square cut swimwear to swim briefs. By this time, IM had been phased out, UG had become dominant, and internet ordering was the more convenient method. While talking with one customer service rep -about an order- my purchasing history and my possession of past catalogues came up. The rep advised me to hold on to all of my old IM catalogues. I do still have them, back to the 80s. This includes many issues with not yet well known model/actors Shemar Moore, Victor Webster, and a few others. (sigh), Now I’ll need a new “go to” sight to visit when I want something different. UnderGear, you will be missed. (hmm) Maybe my sewing machine will -once again- get more frequent visits from me.

Great piece about Undergear Tim! I bought a couple thousand dollars from undergear, ok, maybe more. I was very saddened to see it just close down. Once I found http://www.Mensuas.com my sadness went away pretty quickly because of the large selection and prices. Glad to see the industry is still kicking and going strong!

Omg I remember getting a copy of that catalogue as a teen when I was in Ballet School in the mid 90s. Some of the boys must have bought it and It was secretly passed along. Its pages were glued and creasy when I got it in my hands but it fulfilled its job.

I was an Art Director at International Male and was there at the inception of Undergear. Lots of fond memories, but mostly of IM and the wonderful/creative people who worked there.

The End of an Era In Underwear: UnderGear Closes