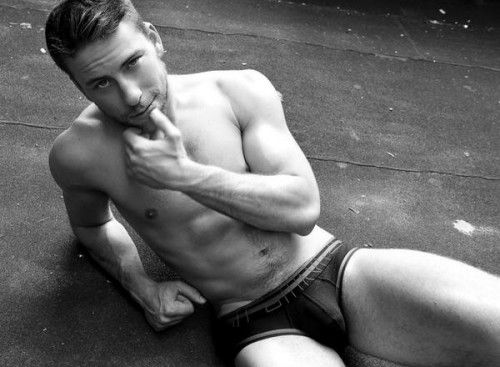 I had the privilege of connecting with Bruin on Twitter after seeing some of his work through some photographers we know.  With that face and that body, who could resist the chance to profile him.  Bruin talked to UNB about his Nasty Pig beginning, the fun he has had in front of the camera, and the modeling gene in his blood.

UNB Kyle:  Thank you for taking the time to share some of your career with us.  What was your first modeling gig and how did you come to get it?

Bruin:  My first legitimate gig was shooting for Nasty Pig Spring 2014. Earlier that year I went to MAL and visited the NP booth and told a random guy who was working for them how much I loved their jocks. Low and behold the person I told this to was David Lauterstein and he asked if I modeled.  At the time, all of my gigs were so small I usually got paid in the underwear or all I got out of them was the photos for me to use in my portfolio. I told him yes and we kept in contact until Easter weekend.  I was planning a trip to NYC with friends at which point I told David that I was visiting and we planned our shoot.

Kyle:  A great start for what was just a simple fan interaction at the time.  What made you want to pursue modeling? 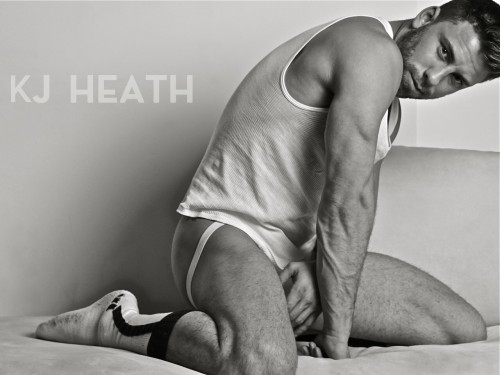 Bruin:  My grandmother was a model and I always thought she was so glamorous that I wanted to do it. I’m also a performer at heart and that’s why I enjoy doing runway work so much because its like a performance.

Kyle:  So modeling was definitely in your blood.  Which shoot do you consider your breakthrough in your career?

Bruin:  Without a doubt it was the Nasty Pig shoot. After those photos were released I would go places and get recognized. to say I felt famous was an understatement. They were picked up by Out.com and it really took off. It was because of that shoot that I moved to NYC last summer to really pursue modeling.

Kyle:  Great first story which ended up being your breakthrough!  Does any shoot stand out as a favorite?

Bruin:  At the end of my summer in NYC I got the opportunity to work with Marco Ovando just as a portfolio builder but I had been wanting to shoot with him for so long that there was a lot of build up it. It was everything that I expected and the shots turned out so well. I ended up using them for most of my portfolio. 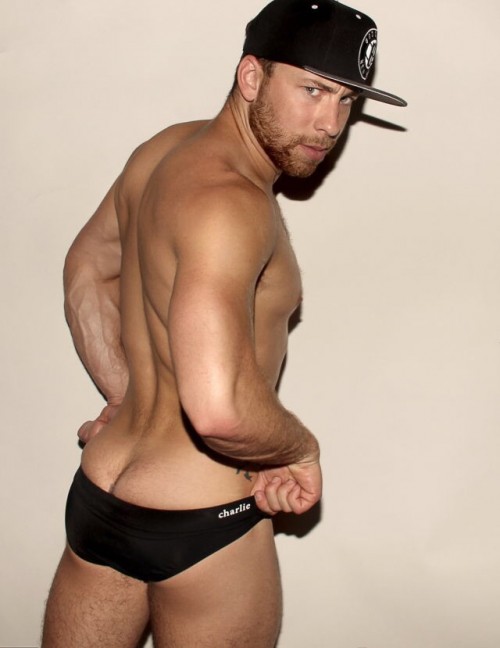 Kyle:  That is where I first saw your pic and it was beautiful!  Any difficult shoots that you have had?

Bruin:  In Chicago I worked with Colin Davis for one of his still life shots in which I was a table with a table top sat on my back with multiple things on it. Fortunately there was a support table under me but I was basicly sandwiched between these 2 things and had stay there for a long periods of time while they staged the photo. I’m a tough guy but that was rough. The shot tuned out great and at the end of the day that’s what it’s all about.

Kyle:  I can imagine something that seems so simple to an amateur can end up being so demanding and difficult.  Are there any brands or photographers you would like to work with that you have not worked with yet

Bruin:  Because of how well the shoot went with Marco I would love the chance to work with him again and shoot for Slick It Up. Rick Day was another photographer in NYC that I wish I would have gotten a chance to work with. His work always looks so polished.

Kyle:  I am sure your phone will be ringing with the chances.  What is something that your fans don’t know about you outside of modeling that you want them to know?

Bruin:  I love to learn new things. I watch the History Channel and play games like Jeopardy and Trivial Pursuit because I learn some of the most random facts and it really changes me mentally.

Kyle:  You enjoy exercising your mind.  Your body looks great too.  What kind of diet and exercise do you do to prepare for shoots?  And how about when you sneak in a cheat meal?

Bruin:  My diet really never changes for a shoot. I always tend to eat well. Every night for dinner its some sort of protein (steak, flsh, chicken) with light seasoning and roasted vegetables, usually green beans or diced peppers. The exercises vary depending on what type of shoot I’m doing. If its underwear I’m going to work on getting my butt a little bigger and my core a little tighter but if its more clothing then I’m going to work more upper body to get the shirt fitting a little more fitted.

There is nothing better after eating well all week than a huge Chicago style deep dish pizza! It has so much cheese and meat that after a couple slicesI  have to call it quits and save the rest for lunch.

Kyle:  Good routines.  They work for you as we enjoy the butt and underwear shoots!  Speaking of underwear, what do you prefer? % boxer briefs, % briefs, % jocks, % thongs.

Bruin:  I’m not sure on specific percentages but the majority of my underwear collection is briefs with jockstraps as a close second. I have boxer briefs and thongs too.  On a day to day basis I don’t wear them nearly as much as briefs or jockstraps.

Kyle:  I appreciate a man who isn’t afraid to own some thongs!  And now, the craziest pair of underwear you have ever worn? 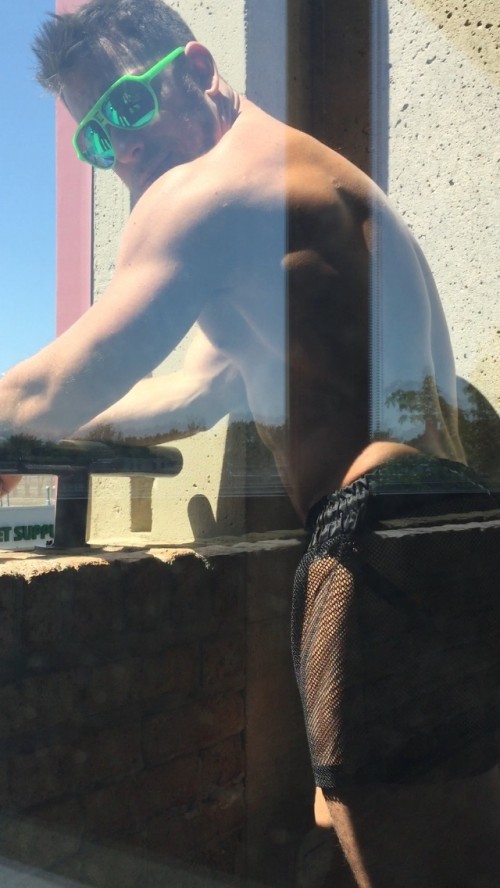 Bruin:  For a runway show I wore a pair of black mesh briefs so it left very little to the imagination. They are extremely hot but I have to be strategic about where I can wear them.

Kyle:  Keep those for special viewing only I’m sure.  You sometimes have to put a lot out there on these shoots.  Stuff happens sometimes though I’m sure.  So, most embarrassing photo shoot situation?

Bruin:  This didn’t happen on the photo shoot but during shoots I try to be very professional but on my Nasty Pig shoot I was wearing these shorts that were pretty tight so tight that when I moved around things started to rub and the resulting photo had a pronounced bulge in the crotch area. I didn’t even notice it until multiple people including my mother noticed.

Kyle:  Nice dinner conversation I can imagine.  Besides what your mother will say, what goes through your mind right before you have to do these revealing shoots?

Bruin:  As soon as I get booked for a shoot I put together a playlist of music that I think fits the theme of whatever shoot I’m going to be doing. I listen to it on repeat until the day of the shoot. It gets me in a head space that I need to really perform well on the set. It also keeps my mind off the fact that I’m almost naked and keeps me calm. I tend to get myself over worked for shoots and that helps.

Kyle:  Music is a powerful tool. I love that though.  What are your goals for your career?

Bruin:  As much as I want to be the next big male underwear model,m I’m happy just having a steady stream of work coming in. Its not my main job so I’m not financially reliant on booking shoots every day but if I can make money and get my name out there I’ll be happy at the end of the day.

Kyle:  Well I hope big things continue to happen for you.  Finally, we have a lot of aspiring models that look to those like you for advice.  What is the best advice anyone gave you when you started your modeling career?

Bruin:  One of the first photographers told me to have fun with my shoots. He said if I’m not having fun then whats the point of it. Ever sense then I’ve always found the fun in the shoots that I get booked for.

Check out more of Bruin Collinsworth below: