Underwear for the Endowed Guy – 2015 Edition

Over the last few years we have a set of posts that gets traffic long after the pairs on them have been retired. Those are underwear for endowed guys. I think these posts are so popular because endowed guys face a challenge in finding underwear that fits. Speaking from experience, it sucks when you see an amazing pair of underwear and then think to yourself “There is no way that pouch will contain me”

This has happened so many times to me. Its hard to find underwear that fits and gives amazing support. That is not to say its impossible. Over the last year I have tried some new brands and have some standards that every endowed guy should own. And the pairs are not all about showing off, its about great comfort. Comfort is the number one factor for me finding underwear.

I am going to give you some brands to go research that will make it easier to shop. I will mix it up the styles because not everyone is a brief fan like I am. 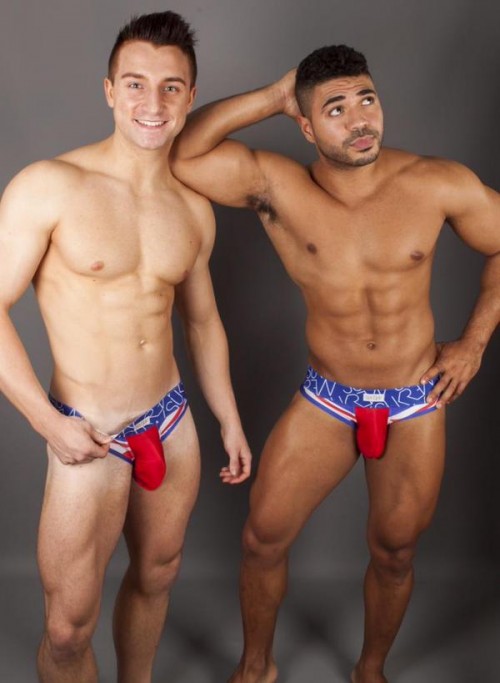 Sukrew – When they first came on the market they had pairs without any pouch. All your business just hung out. I was skeptical of how this would work. But their briefs and trunks came out and have an amazing pouch. It’s one of the most comfortable pouches of 2015. I reviewed a pair of the Tartan briefs. When I slide them on I knew they would be amazing. The pouch really conforms to a guy and gives you such amazing support. The way the pouch was designed it can fit guys of all sizes not just the endowed. I will say I didn’t notice too big a bulge in my pants but its a pair that is just amazing and I will be buying more of these. 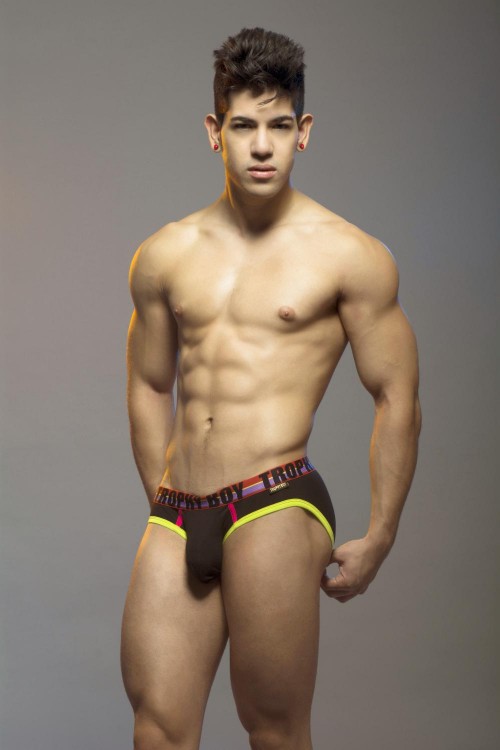 – Not only does Andrew Christian have one line but they have two lines that are great for endowed guy. The two lines are Trophy Boy & Almost Naked. The Trophy boy is made for the super endowed guy. Meaning is you are way above average these will fit. Where as the Almost naked isn’t marketed for endowed but has an ergonomically designed pouch. The Trophy boy I call the Magnum condom of underwear, guy want to brag they can fill them out (not that its a bad thing!). I like the Trophy boy line but is a little looser cut and not as much support to me as the Almost Naked. But this is a personal preference and you may like the cut and support of the Trophy Boy. This however is not a factor for me not to buy them. I have a few pairs and do enjoy them. 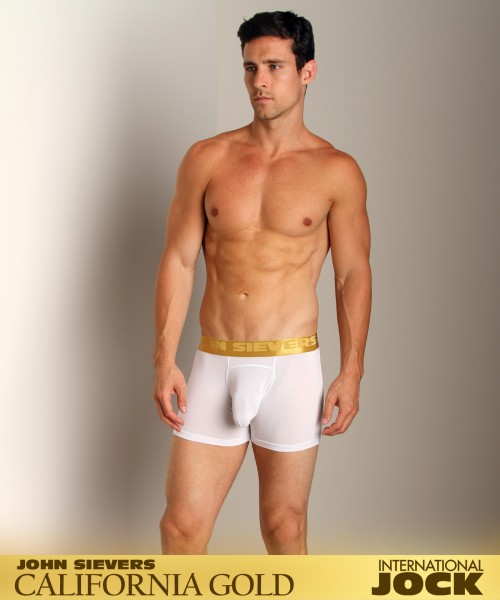 International Jock John Sievers – This brand is one that is a hidden gem at International Jock. I think very few of the mainstream population knows this brand. It’s very well made and has an amazing pouch. While not specifically marketed to endowed guys, it is one of the best on the market for us. I haven’t seen this brand out in the wild that much, meaning i don’t see guys posting pics in them or guy wearing them out. Don’t let that fool you thought. They have a massive amount of colors and the most popular cuts. The line is designed and sold exclusively at International Jock. I have a pair of the Gold and I was more than pleased with the pair. Each time I talk to a guy who has tired them, they swear by them. Take note they aren’t the cheapest undies but finding a pair that fits, sometimes price isn’t a factor. 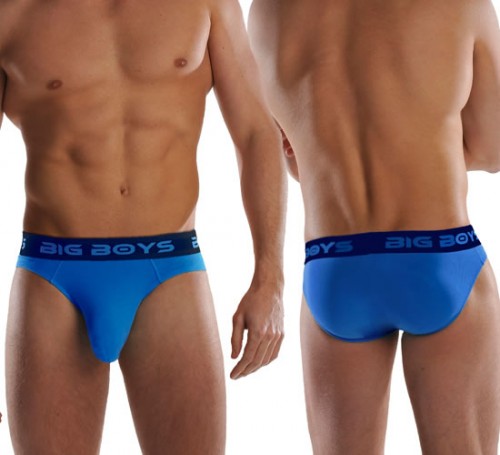 Big Boys Pants – The name says it all here! These pants (UK for underwear) is made for big boys. This brand I have reviewed a few times here and is a lot more classic in their cuts and colors. So if you like to be a little more conservative in your underwear this would be a great brand for you. The materials and pouch are top notch. I have tried the boxers and briefs, each totally exceeded my expectations each time I tired them. The best thing about the brand is they designed a pouch specifically for them. Next, each pair is made out of modal so it feels so damn amazing on your skin. 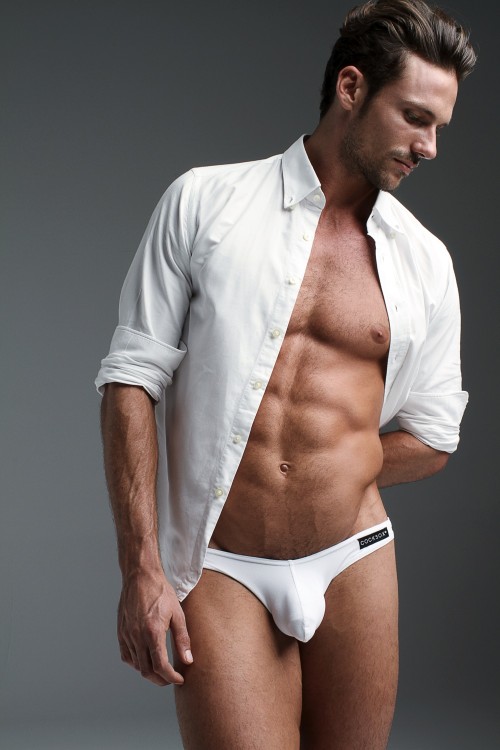 Cocksox – Where do I begin with this brand? It is one of the first pairs I have even tried. The CX01 bikini is a staple in my underwear drawer. I love wearing it! But one of the things you should know is that you will show off everything you have! That is with the original Cocksox. The pouch is like a wonder jock for women. It takes everything you have and shows it off to the world. There are some situations where this would be a problem but sometimes you want the attention. As in most underwear brands, I prefer the briefs more. But all their underwear is great. I have tried I think everything they have in their catalog. Each fit very well and you won’t have any problems with it being too small.

These are just a few brands right now I swear by. There are more on the market such as Ergowear (which I will be getting new pairs to review) and Obviously. More makers of underwear are making pairs for this market. Which is a great thing. As I try more brands I”ll let you know! 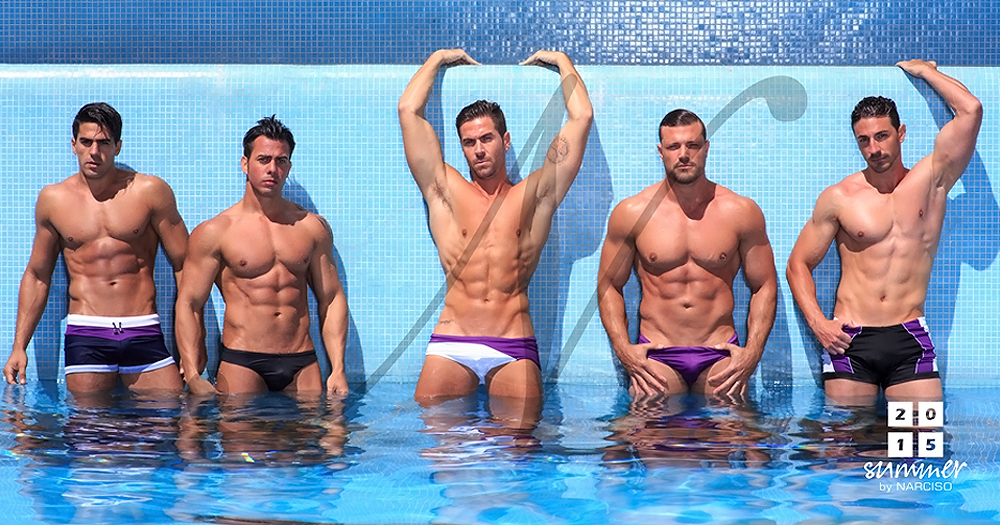 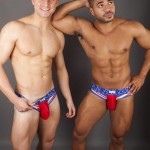 Underwear for the Endowed Guy – 2015 Edition