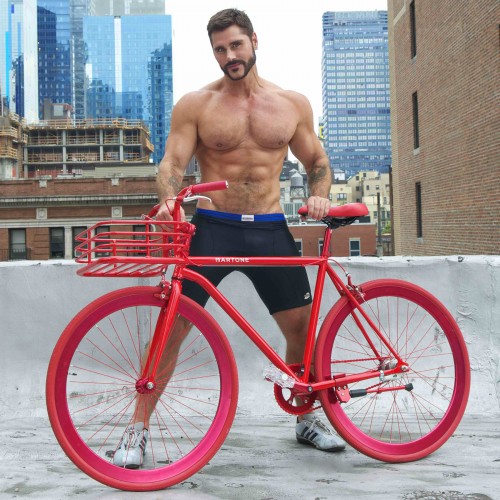 We love helping charities here at UNB. We have helped our own James with the AIDS Ride in California and try to post when we can about great charity events happening. I have gotten the chance to talk to Jack Mackenroth on Twitter and he’s been such a great guy. We post a lot of his underwear pics and when he asked about posting this i said sure. He’s working to raise $50,000 by making sexy selfies, heartfelt videos and Undies. He told me in an email that he would auction off undies for $250! Here is the official press release:

Former Project Runway designer turned HIV activist, Jack Mackenroth is attempting a feat that many individuals and companies are struggling to conquer – mobilizing and monetizing a massive social media following for the greater good. Known on social media for his scantily clad photos and sharp wit, mixed in with a dose of activism, Mackenroth has pledged to raise $50,000 (the individual fundraising record) for BRAKING AIDS® Ride (www.brakingaidsride.org) – a 285 mile bike ride from Boston to New York City benefitting Housing Works (www.housingworks.org), whose mission is to end the dual crises of homelessness and AIDS through relentless advocacy and the provision of lifesaving services.

“Housing Works is honored that Jack is devoting his time, energy and social media prowess to raise awareness and funds for our fight to end AIDS and homelessness,” said Charles King, Housing Works CEO. “The money Jack raises will directly fund the lifesaving services we provide to nearly 4,000 individuals living with or affected by HIV/AIDS. We’re looking forward to riding with him in September.”

With just seven weeks to reach his goal, Mackenroth is urging his devout following to donate to his fundraising effort by incentivizing them with sexy selfies and heartfelt videos that allow consumers to make a real difference for HIV, while getting tremendous social media exposure on Mackenroth’s personal channels, including his Twitter (107,000 followers), five Facebook accounts (250,000 followers) and Instagram (17,000 followers).  By donating $250 or more to the cause, consumers will receive a shirtless photo of Mackenroth, personalized with their name or social mediahandle on his chest.  For those looking to make a more substantial donation of a $1,000 or more, Mackenroth will up the stakes – offering a personalized ass pic—with 2 takers to date. The overall strategy has already yielded rapid results – raising $8,000 in just two weeks!

“Having been diagnosed as HIV-positive 25 years ago, this is a cause that is obviously a very personal one and although I have workedwith and lent my face to countless HIV charities, organizations and campaigns, I have never directly asked for donations,” said Jack Mackenroth. “I am setting the bar very high here to see what’s possible. I’m hopeful that others out there are as passionate as I am and are willing to support me.”

Two companies have also seen value in his ingenious, sexy marketing technique. Martone Cycling Co. (www.martonecycling.com) has donated two bikes to the ride, both of which will be used to help fuel fundraising efforts. By donating $100 dollars or more, consumers will automatically be entered in a raffle to win one of the bikes (pictured), while the second bike will be given to the person who is the highest overall fundraiser other than Mackenroth. The bikes retail for over $1500 dollars. SCRUFF, (www.SCRUFF.com) is also supporting BRAKING AIDS®Ride by purchasing team jerseys for Mackenroth’s team, The Mack Pack.  Additionally, SCRUFF will be matching up to $2,500 in donations later this month.

The Mack Pack, currently has 15 riders and to date they have collectively raised over $31,000. If anyone would like to ride they are still accepting registrations and welcome more members. Register here: http://info.housingworks.org/jack-mackenroth-social-media Jack added, “I’d like to beat the team total record as well which is close to $150,000. We’ll see if people who read this will be motivated enough and selfless enough to give money to total strangers who are really struggling on a day-to-day basis.

Mackenroth will also be utilizing his social media outlets from now until the end of the ride to document the amazing experience and capture the challenges, the humor and all the inspirational moments during his journey. BRAKING AIDS® Ride will kick off in Boston on Friday, September 12th and finish in New York City on Sunday, September 14th. You can help Mackenrot hmake a difference in the lives of people struggling with HIV and homelessness by donating at bit.ly/jackmack. You can also watch his touching video about why he is so inspired to take on this monumental challenge. 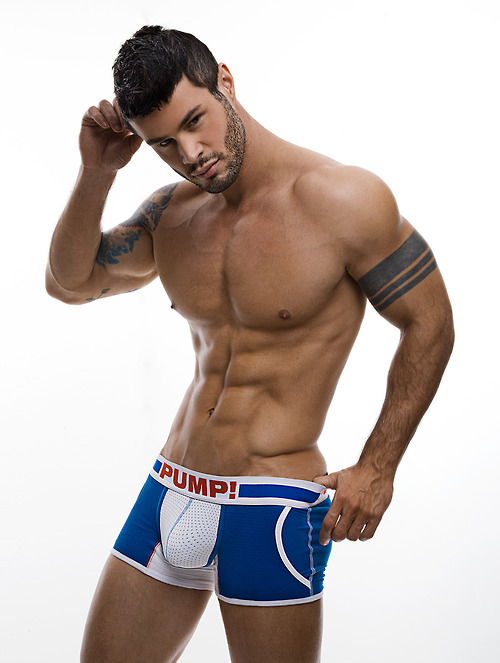 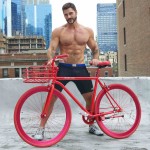