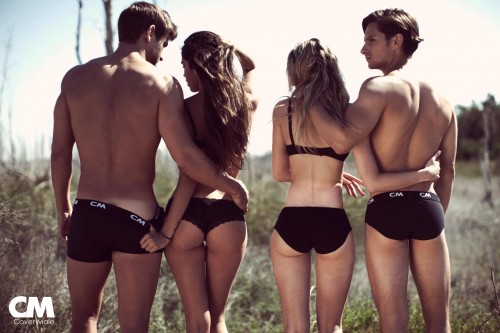 We have expanded our staff a little bit over the past week.  The newest guy on the blog is Jon. He’s joining us as a college student and also another straight guy into underwear. Which we think is awesome. It’s really great to get more guys straight and gay into underwear! Here is a little about his journey into underwear

In the eyes of modern media and society, to have an obsession with fine underwear and be straight is the equivalent of being a hippie during the Vietnam War and support President Johnson’s foreign policy. Modern culture just doesn’t want guys to be this way and while the majority of straight men wear loose fitting, old, and crummy boxer shorts and boxer briefs, there is a silent minority of underwear conscious straight men, which care deeply about the underwear, the styles available, and the industry as a whole. My name is Jon and I write this piece today for Underwear News Briefs as a straight man, which fits into this category. I am a current college student and what you would call your average guy. I love to watch baseball, football, hockey, and watch most types of auto racing. Along with this, I enjoy playing pickup sports frequently when time allows, having some beers with good friends, and chasing girls at night (usually failing, although you still have to think of yourself as a player!). Over the past two years, I have discovered the awesome variety of men’s designer underwear available for purchase and while at first I was a bit self-conscious in terms of hiding what I was wearing under my pants, I have now learned to appreciate what I wear and speak more openly regarding my underwear.

Prior to making the switch to designer underwear and specifically briefs, I was what people would term the “crummy boxer” guy. Because of locker room homogenization and the straight fear of being an outcast because of your underwear, I reluctantly wore underwear which I not only thought were not eye appealing, but more importantly, incredibly uncomfortable. Even my girlfriend at the time thought my boxers were stupid and lame! However, once college hit and I could no longer take working out and dealing with chafing and weggies, I made the switch. At first, I was very self-conscious. I can remember the first time that I went to play football one summer night wearing my new CK briefs under my shorts. One guy that is a regular attendee of the pickup games is a big prankster and has the tendency to “pants” people often. Throughout that game, I watched my back like the mafia was hunting me down. I was so terrified of being emasculated by my friends or even lose friends as a result of the underwear that I was wearing. Luckily, there were no issues that night. In my drawers at home, I would make sure to keep around three pair of “normal” boxer briefs to cover my CK’s in order to not catch any grief from my brothers or parents. I would even go as far as refusing to let others do my laundry. In the crowded locker room at the gym on campus, changing in front of others made me self-conscious. Standing in just my briefs, there was just an unexplainable feeling that all eyes were instantly glued to my undies. At that time I felt like a fool and I thought that those eyes were looking down on me in laughter, however; I tried to not be deterred. I just kept telling myself that they were just briefs and that it’s not that big of a deal.

It was only this spring when I finally began becoming more open in public about my underwear. Now when I play football at night, I honestly wouldn’t care if I got “pantsed”. Even if everyone on that field laughed at me, I would not hesitate to say that I wear designer briefs because they are so much more comfortable that whatever you guys call underwear, along with being so much more eye appealing. Because of the close-knit group of friends that I have, I know that my underwear choice would never be a deciding factor in a friendship. I would probably continue to get lots of jokes and they may last for a while, but I would hope that out of this, a few of them would consider trying what I was advocating. The fear of my family seeing my briefs in my top drawer has long since passed. I don’t care what they say and honestly why should I? They are just underwear and are there to make me feel the most comfortable and confident as possible. As for the locker room, that is not a big deal. Like I just previously said, they are just underwear. Most people that go into a locker room want to get out as quickly as possible so the likelihood of some guy giving you dirty looks for wearing “gay” or “weird” underwear is very slim. Today, I change in a public setting without reservations.

I have one story to share, which brings my tale of achieving confidence in my briefs full circle. Last winter after a party, I ended up at a hot tub with a few girls and we all just decided to strip down into our undies to chill out and get warm. I knew I would get a reaction when I took off my pants and I certainly did which honestly, I was excited about. Wearing nothing but a pair of 2xist micro modal no show briefs, I splashed my way into the Jacuzzi and to my surprise and delight; there were no negative remarks. One girl even said that she found them HOT. Yes, there were a few looks, but it was probably at something else! What a great night that was. It eased so many of my fears.

Straight guys reading this and considering making the switch, DON’T HESITATE! I can’t fully explain to you how great it feels to go on a nice long run without pulling sweaty boxers out of the crack of your butt. Imagine that! You feel so much sexier wearing briefs and you sure as hell don’t have to worry about constant weggies caused by sitting or walking, or for that matter do absolutely any activity. I know that at first the fear within straight men of excommunication as a result of your underwear is very real, but I can assure you that your true friends will always be your friends no matter what is underneath your pants. Even if some jerk in a locker room starts giving you crap for your briefs, just stand there and speak you beliefs. Why should he honestly care? Hey, you never know, you could even convince some people to switch and follow your lead! Like I have said multiple times, its just underwear, but it is no doubt the most important thing you are currently wearing. Have confidence in yourself and wear what you think not only looks the best, but also feel the best. Trust me, I have been there, you will not be sorry.

Welcome Jon, like your insights. When you mention about being made fun of for wearing briefs it made me think back to college in the 70’s… briefs (white, tie dyed or colored) were cool, the guy with the boxers would have been the one who got made fun of… wearing old man underwear.

Welcome Jon! It’s funny that you mention being worried about being made fun of for wearing briefs. When I was in college in the 70’s briefs were cool (white, tie dyed or colors). Only guys who wore “old man” boxers were made fun of.

Great story, Jon! Similar situation here – when I started college, had a drawer full of ugly, baggy boxers and was petrified my dorm-mates would find my one sole pair of nice briefs I had ordered online. Fast forward three years, and my undies drawer has 40+ pairs of briefs in a variety of styles and cuts, and the boxers are long since buried in a landfill somewhere. And you’re TOTALLY right about convincing people – after a little initial teasing, most of my guy friends were curious about my undies and I convinced them to buy a couple pairs. And with briefs, once you wear one pair, you’ll never go back. Just this morning I walked out in my briefs and tank to get coffee, and my four roommates were there too – all clad in only their briefs! Boxers are for the young and immature. Honestly, I feel like our generation has bad memories of the locker room back in middle school, but these days briefs are back in style and I daresay there are more and more guys in the locker room wearing them. Be true to yourself and your briefs! Great post. 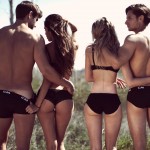