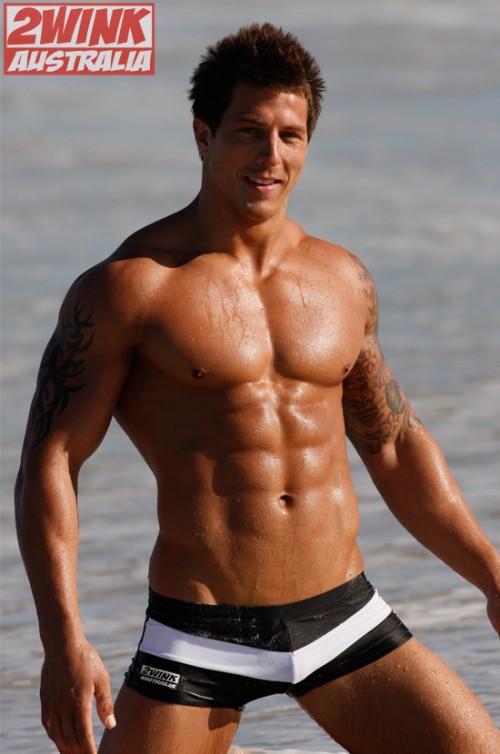 Following his arrival to Australia in January, 2012, Stram has landed a number of modeling gigs, including several photo shoots with Western Australia underwear company, 2wink Australia; recently completing an additional photo shoot for the brand’s Walkabout range, which celebrated Aboriginal Australian culture. He’s also fallen in love with the Aussie lifestyle of sun, surf and sand, and has no plans yet to return to his native country.

“It’s been my childhood dream to visit Australia,” said Stram. “And now I’ve been able to combine that dream with modeling opportunities whilst in Australia.”

Stram’s masculine physique matched the look of the brand, which made him the perfect model for the Aussie Defence AUS12 swimwear range, which was a follow-up to 2wink Australia’s first ever swimwear range launched in 2011, a range that included styles named after famous Aussie stars. Ranges are available in various colors, and retail from $48 – $67 USD ($45-$64 AUD).

For more information about 2wink Australia, please visit: www.2wink.com.au. You can also keep on top of special promotions and news updates by following 2wink Australia on Facebook (https://www.facebook.com/pages/2wink-Australia/109848445738567) and Twitter at @2wink. 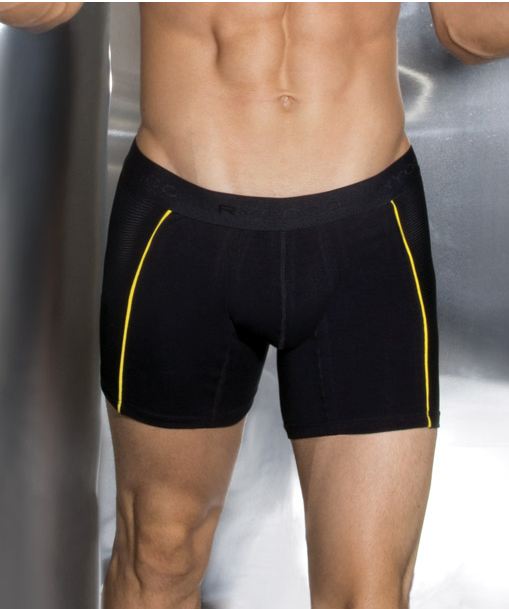 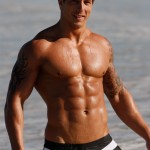