New Deals in the World of Men’s Underwear

I have been writing this blog for over three years and one thing has been constant. That is good underwear is expensive. The average right now is about $20 a pair. However, I have seen some pairs priced $40 and up. Therefore, we are always looking for deals on great underwear. This is the reason we do Sales Briefs and try to run them a few times a week.  There are sites that have even better deals then the typical  20-30% off deals we run in Sales Briefs. Those sites are Cheap Undies, Beyond the Rack and HauteLook. 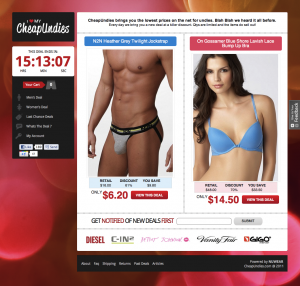 Cheap Undies has been around for about a month. It is specially for underwear only deals. The very first deal they had was a Diesel swimsuit for $5, which I believe was over 80% off the regular price. Other deals I have seen are pairs for as little as $1. They have close outs of some of the brand name underwear we cover here on the blog.

How Cheap Undies works is each day there is a new deal on a pair of underwear. There is a time clock that counts down the deal. If you sign up for the Cheap Undies email list they email out the current deal. Deals may sell out so it’s best to shop early. They appear to have all sizes from Small to XL for each deal. Some deals maybe limited by size but all the ones I have seen so far have had all sizes.

What happens if you miss a deal? The Last Chance deal are deals that aren’t gone yet. If you missed the daily deal, and it’s not sold out, it may still be available. This section however is limited by size. But you can still get some great deals on the underwear. 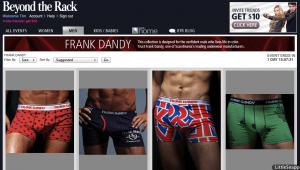 Beyond the Rack is a site that we initially found when a fan posted the link on our Facebook Page. At first I was a little skeptical about deal sites that make you join as a member before you get to see the deals. After a few posts I decided to give the site a look. Unlike Cheap Undies, Beyond the Rack is dedicated to all types of deals, where underwear is just one section.

If you have signed up for the email list you will get advance notice of deals that are available. Once the deals are up it typically lasts for 48 hours or until the items sell out. Due to the deals there maybe narrow ranges in sizes. Meaning it could be only certain sizes and not the full range of sizes.

The brands that I have seen on Beyond the Rack have been Papi, Junk UnderJeans, Frank Dandy (which is the current deal for Feb. 12, 2012 and the picture above). The Frank Dandy sale is 54% off the retail price.

To find Beyond the Rack go to http://www.beyondtherack.com 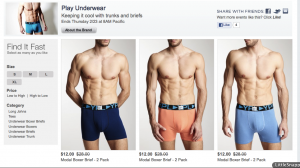 HauteLook is very similar to Beyond the Rack. It is a site that has a lot more then just underwear. You can get everything from clothing to housewares. Each day deals are posted and end at 8 AM PST (11 AM EST). At the top of each page the deadline for the deal is clearly listed.

HauteLook is a very similar set up to Beyond the Rack. If you have your preferences set you will receive an email for all new deals. After 48 hours the deals are removed or if they sell out. They didn’t mention anything about limited sizes, but I would assume that certain deals will have limited sizes.

I have just become familiar with HauteLook so I am not versed on which brands they have had in the past. The current deal for men’s underwear is Play Underwear. Play Underwear was originally made with a pocket for your iPod. They have since moved on to create fashionable underwear for the “younger customer”

These are just a few of the site for some deals in underwear. As we find more we will share them with you! 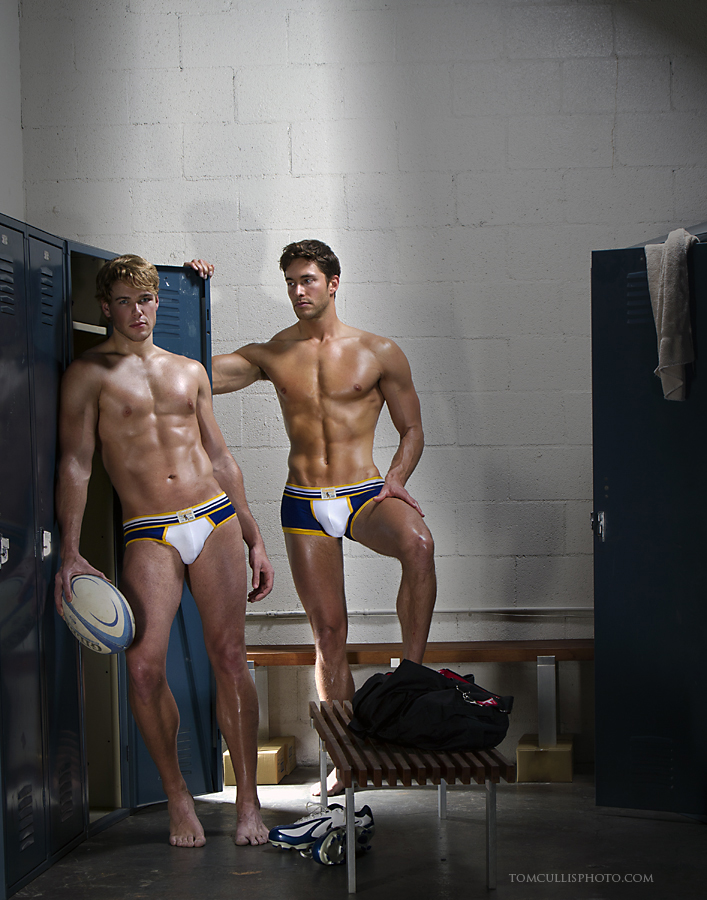 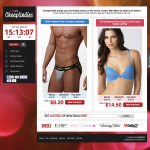 New Deals in the World of Men’s Underwear