Mike Munich has had the dance career that almost any young, Midwestern, gay boy would only dream of. It might even read like said boy’s favorite iTunes playlist – with a bit of Lady Gaga, Ke$ha, Adam Lambert, Glee & even a Spice Girl in the mix for good measure.

Despite his strong, masculine physique, Mike can seriously get down in a high pair of heels and a face full of glitter, rivaling some of the girliest of girls. Mike’s work in music and dance are evidence of a young man who is confident enough in his sexuality to challenge and tease his audience, while artfully subverting traditional gender roles. Currently at work on his first solo EP, Mike’s debut single “Beat the Beat” will debut in September 2011. A call to nightlife lovers and denizens of the dance floor to ditch the dudes and fall in love with the music, “Beat the Beat” was co-written by Mike, Gino Barletta and Guy Baruch and was produced by Sammy Jay. “Referee,” the second single from Mike’s upcoming EP, was also produced by the same creative team and is slated to drop in Fall of 2011.

Originally from Minneapolis, Mike Munich came to Los Angeles in 2005 intending to focus on pursuing a dance career. Though he trained for years in Minnesota under the tutelage of Michelle Larkin, his mentors in Los Angeles quickly recognized Mike had the potential and skill to grow his artistry beyond the walls of the dance studio, and urged him to expand into acting, modeling and singing as well.

Since coming to Los Angeles, Mike has performed with some of the most popular music artists of today, dancing in Lady Gaga’s “Born This Way” and “Alejandro” videos, as well as Adam Lambert’s “For Your Entertainment.” Mike has also participated in some of the most talked about contemporary pop music performances, including Adam Lambert’s controversial 2009 AMA’s appearance and Ke$ha’s 2011 Billboard Awards performance, as well as escorting a Lady Gaga filled egg down the 2011 Grammy’s red carpet. He has been featured in some of television’s hit shows, including Eli Stone, America’s Got Talent, and Dance Moms.  Mike has also played a recurring role on the first and second seasons of Glee, as a member of the rival show choir team, Vocal Adrenaline.

Mike Munich’s “Beat The Beat” is currently available on iTunes.  Products from the video can be ordered online at Andrew Christian 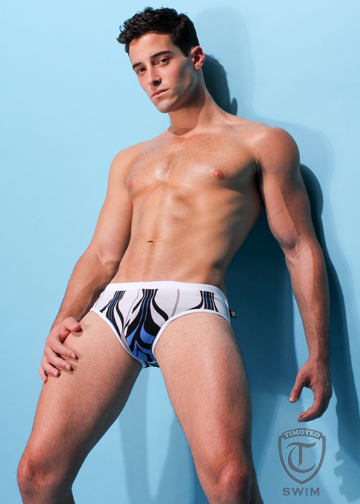