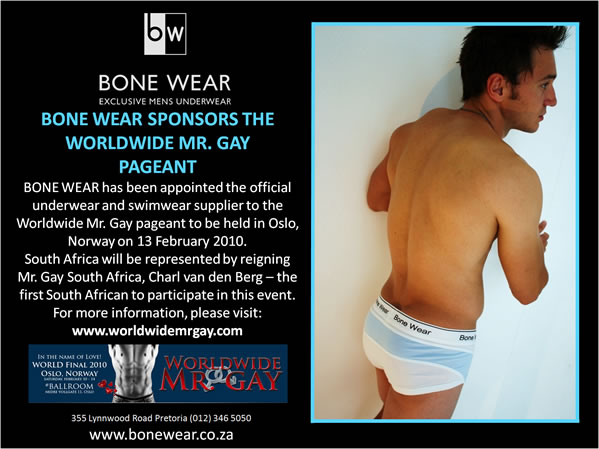 We congratulate Bone Wear for being the official sponsor of Worldwide Mr. Gay Pageant. Here is part of the press release they sent us:

Fresh on the heels of being appointed the official underwear and swimwear supplier to the Mr. Gay South Africa pageant in November last year, Bone Wear has now been appointed a sponsor of the Worldwide Mr. Gay pageant to be held in Oslo, Norway from 10 – 14 February 2010. This event has attracted 32 participants from all over the world, and South Africa will be represented by reigning Mr. Gay South Africa, Charl van den Berg, the first South African to participate in this event. Bone Wear is also the first South African company and sponsor to be involved in the Worldwide Mr. Gay pageant. 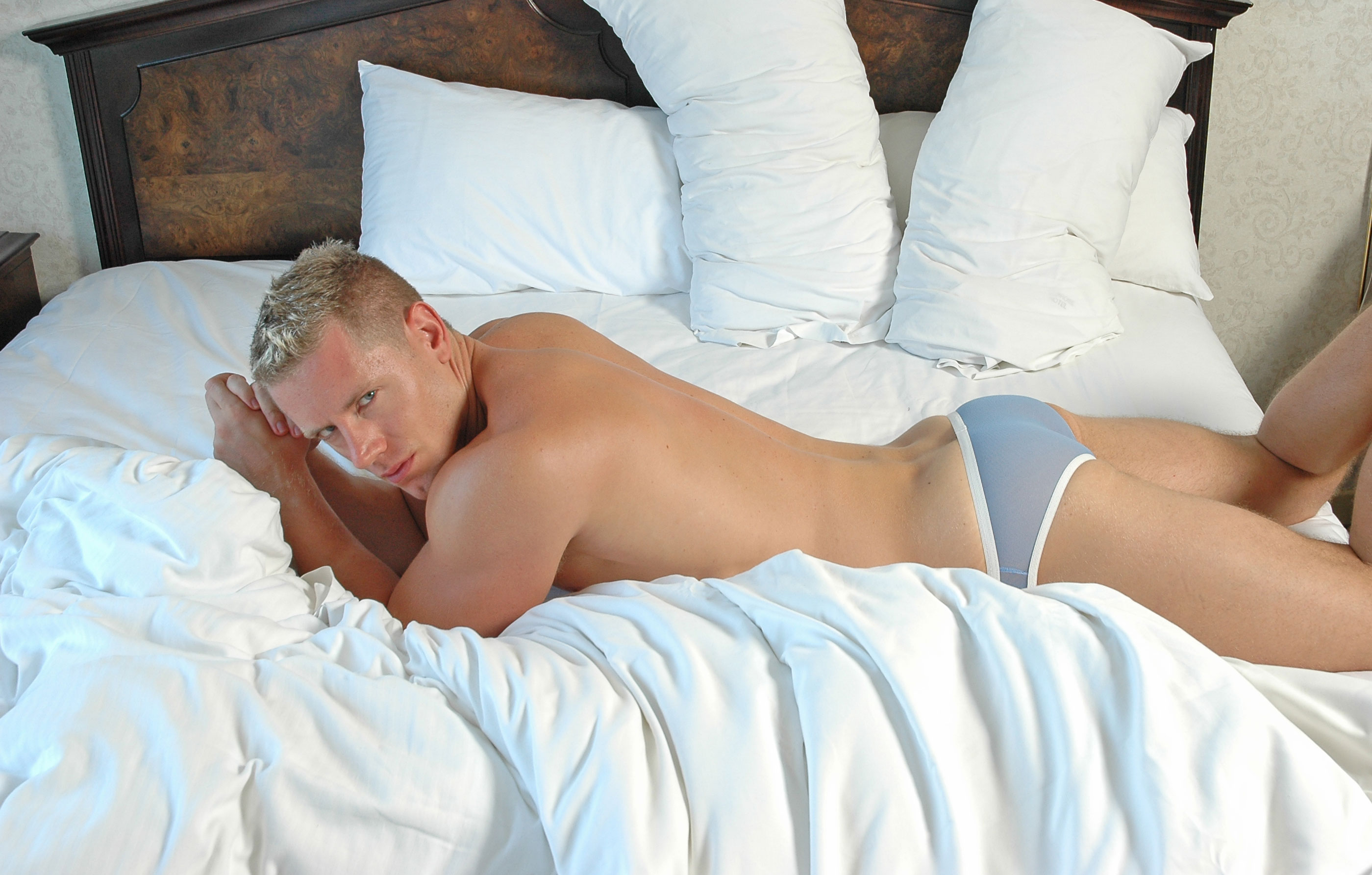 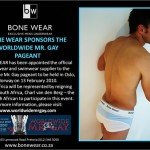