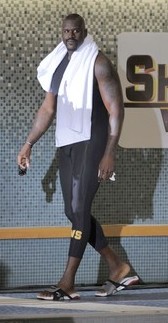 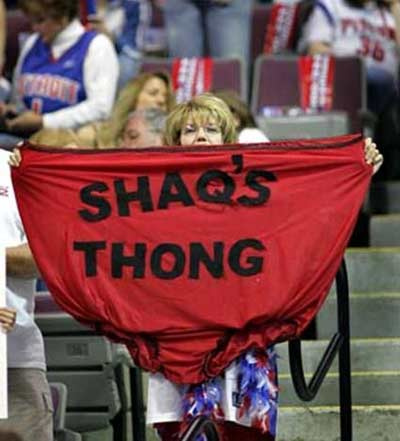 I know you usually come here to see the hottest guys modeling the latest style of underwear, but this story is Shaq-larious.

Within days of the end of the 2009 NBA season his Shaqness, Shaquille O’Neal, began twittering (link – http://twitter.com/THE_REAL_SHAQ) his desires to not only become a model but a male underwear model.

O’Neal is one of those rare athletes with a personality that’s bigger than life. His fame transcends the NBA and he has achieved icon status around the world. He’s a certain HOF’er (Hall of Fame), product spokesperson, actor, rapper, part time sheriff and now he wants to lose 100 pounds to become a male underwear model.

Someone’s gotta pull the brake on this one. There’s a better chance that Michael Phelps is straight or that Brittany can actually sing than of Shaq becoming a male underwear model. Yet, Shaq really wants us to see him in his undies going so far as to make a bet he knew he couldn’t win so he could model a pink speedo on his new show ‘Shaq Vs.’

You may want to ask your children to leave the room before watching this video.

Good thing he kept his shirt on. Next, the Big Bettor challenged Michael Phelps in the pool and the whole world cringed at the thought of O’Neal in a speedo. Thankfully, reality set in and Shaq showed up in this one piece. (photo)

Even though his underwear modeling career might not take off, Shaq the designer, has created his Kazaam line of underwear. If you saw the Shaq super-hero movie Kazaam, you’ll agree with me that neither the movie or his underwear are worth shit. So maybe he should stick with the design this fan came up with.

thesportsfag. You can check out my website for gay sports fans at sportsfags.com

Note: This article was written by the owner of Sportsfags.com. Sports Fags is a site for gay guys into sports. The site has a mix of eye candy and in depth sports knowledge. 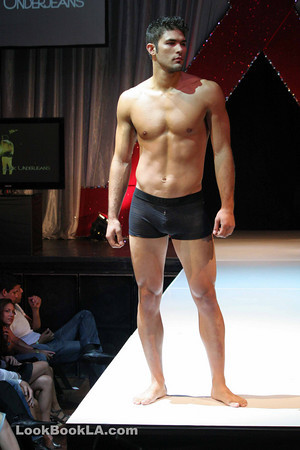 Yea….didn’t need to see that. 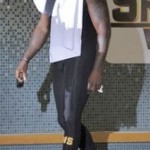