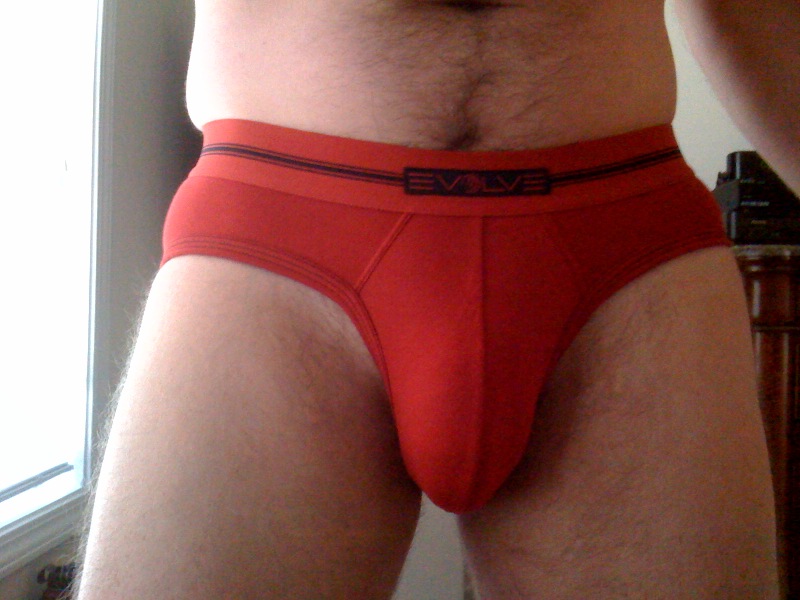 It’s not often that I try new brands of underwear I find in a department store. Most times I have done this, I have been let down as soon as I pull them into place. The problem I find is that the crotch was not taken into account by the designer. Did the designer want this new brand to be in the adult men’s section of the store? After finding this to be true on numerous occasions, I stopped wasting my money on uninformed decisions.

This past week, I wondered into a local Target. As with all stores I enter with men’s clothing, I found my way to their underwear section for some enlightenment…or should I say, heightening of blood pressure. I found the usual brands carried by such stores, but after roaming for a few seconds, I found a new brand. I walked over with my Elvis lip in place, expecting to be disgusted by another futile attempt to make a comfortable design of underwear. I looked over the model and became intrigued. I read the package, finding these briefs were named Evolve. In smaller letters, it said “by 2xist.” An employee in this department almost had the joy of picking me off the floor. A 2xist product was hanging on a peg in a Target store? This had to be a mistake. A two-pair pack for $12.99 contained a black and a red pouch brief. I gladly took this to the front for a hasty checkout so that I could get home.

I opened the package and pulled out the black pair to do my initial inspection. The material is a cotton/modal/spandex blend (55/37/8). This is some stretchy stuff, let me tell you. I immediately pulled them on to find one brand of department store underwear to fit me like a glove. It was as if a higher power designed something for my tackle to rest. 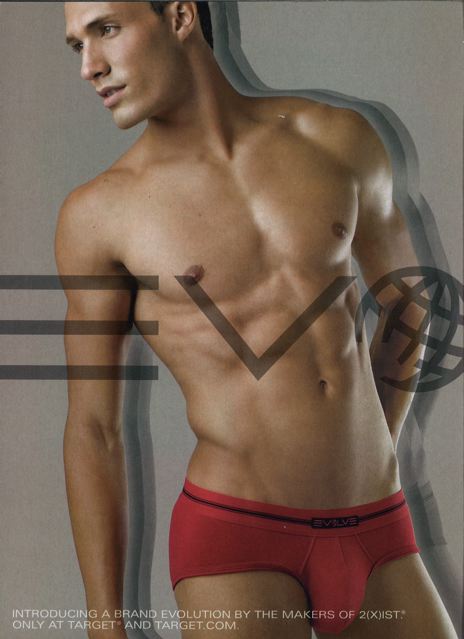 I wear a small and this fit true to size. The name EVOLVE appears on the waistband over the pouch. Nothing about this brief fails my primary inspection.

I wore the red brief all day to a doctor’s appointment the next day. Never once did the leg openings pinch. The waistband did not roll while sitting. In no way did I feel like the underwear was restricting, especially after becoming aroused when spotting someone nice looking. By saying that, you can be secure that when you stretch, so will they. I never once had to reach back and pull material away from a “crack attack.” The day progressed and I wore them to the bowling alley. I generally never wear underwear while bowling, but these briefs vetoed the matter and have assured me that they can hold up to the test of various bodily motions. I would go as far as saying these would work perfectly well in the gym.

After so much praise, I couldn’t give these briefs anything less than a perfect score. These will become the highlights of my underwear collection. That means, they will probably need replacing a long time before any of the rest!

As of right now, the only place I have seen these briefs has been at Target. If they are not carried at another store, I will be fine with that fact. I will not be happy, however, if this line is eliminated. This line has proven itself worthy to be on any man’s midsection.