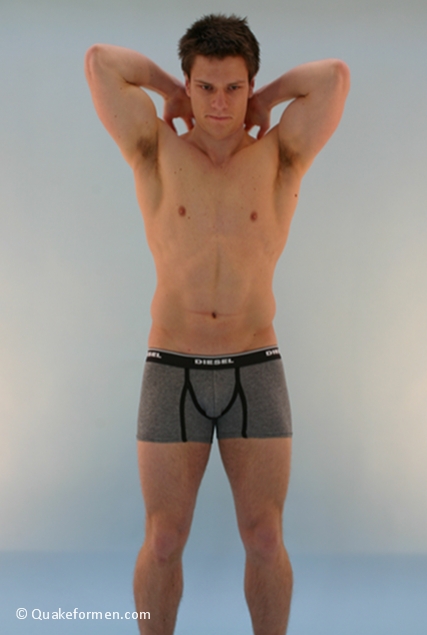 Our Friends over at Men’s Underwar Blog were kind enough to let us post part of this interview with Underwear Model Sean. We hope you enjoy it! Now on with the Interview. 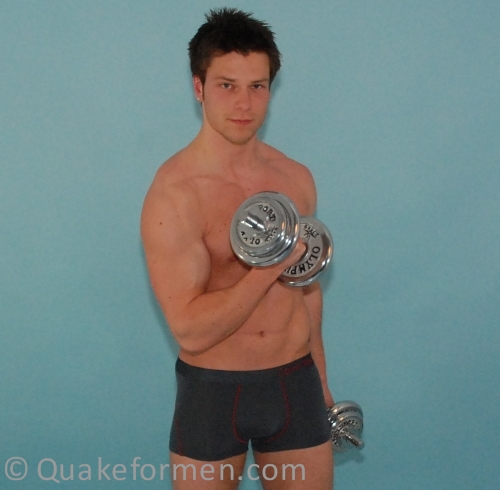 interview the latest Quakeformen.com model.  It didn’t take me long to decide to accept that invitation.

I must admit it was a little disconcerting to be interviewing a very handsome young model when he’s only wearing a pair of Diesel Filatexy boxer shorts.  It was difficult to know where to look.  But I guess Sean is used to being looked at and it didn’t seem to phase him in the least.  I do think he sensed his near nakedness was distracting me and kindly offered to get dressed.  I didn’t want to break the flow of the interview so I told him he was just fine in the boxers.

Sean’s a 23 year old college student studying Sport Science.  He got into modelling as a result of a locker room conversation with one of his training buddies.  In Sean’s own words “He was a good looking guy with a really well built body.  When he told me he was

doing some modelling I thought I would give it a go”.  Judging by the results I think that was a very good call.

Sean is 5’11 and weighs in at 167lbs.  That must be 167lbs of lean muscle as I couldn’t see a trace of body fat on him, and remember I could see almost all of him.  He has a well defined 39 inch chest, a flat chiselled 32 inch waist and a 32 inch inseam.  He has dark brown hair and stunning grey/green eyes.  You can really tell Sean spends a lot of time working out, indeed he tells me he hits the gym 5 or 6 times each week.  He is also very proud of the fact that his muscle mass is entirely down to hard work and diet.  He takes no supplements or muscle building products.

I asked Sean a series of random questions to try and get to know him better.  I can reliably tell you that Sean would most like to visit the Caribbean; prefers Calvin Klein boxers (although he did tell me that he planned to keep the Diesels he had on); he’s a bit of a

track star having competed at the world junior 200m trials and was the 400m champion for his home county. He plays Rugby Union at a Semi professional level and his favourite food is fruit.

Sadly the interview got cut short as Sean had to return to the set to model some new Diesel Swim, but he’s promised me a follow up interview soon.

Sean strikes me as a great guy and I know everyone involved with the shoot really enjoyed working with him.  Perhaps it’s that naughty smile.  I really do wish him success and hope he remembers that promise. 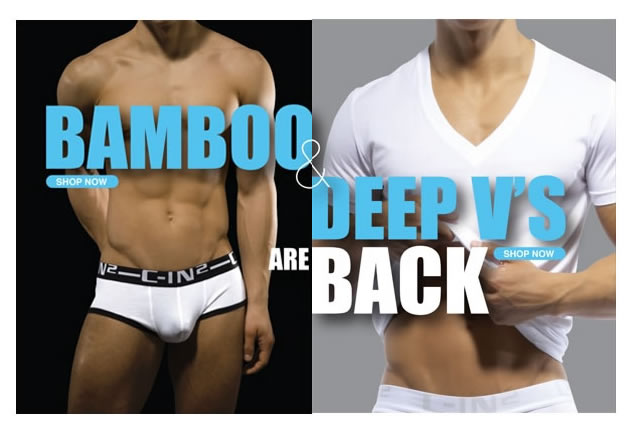 C-IN2U - Bamboo and Deep V's are in stock 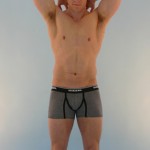