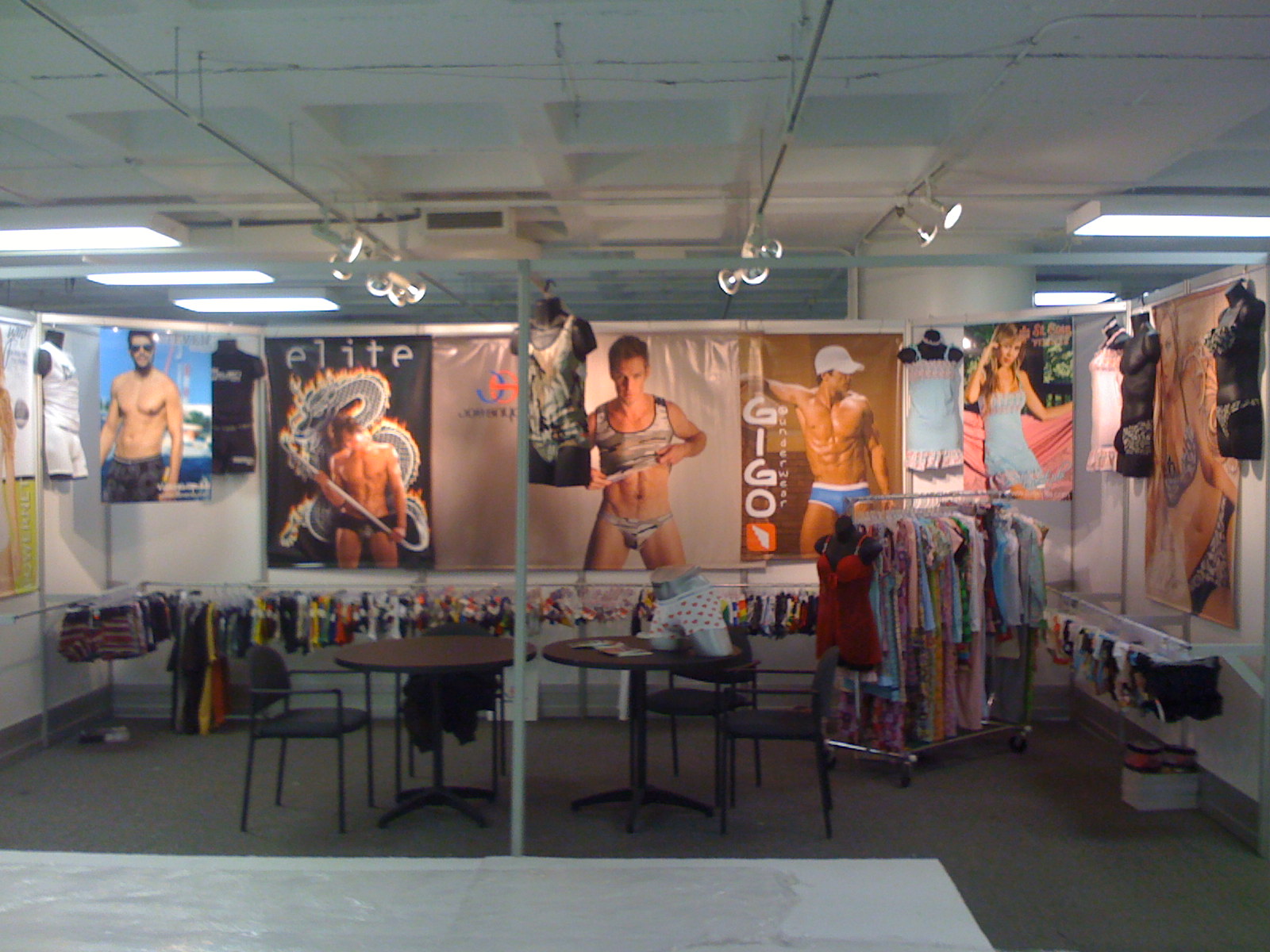 This post is a little late, but with the new site and a few other things I’ve been working on I haven’t had time to write it up. Last month I got to attend an apparel show here in our home base of Atlanta. Which was a first and a lot of fun.

Our contact at Underwear Station got us in to the show. I didn’t know what to expect a 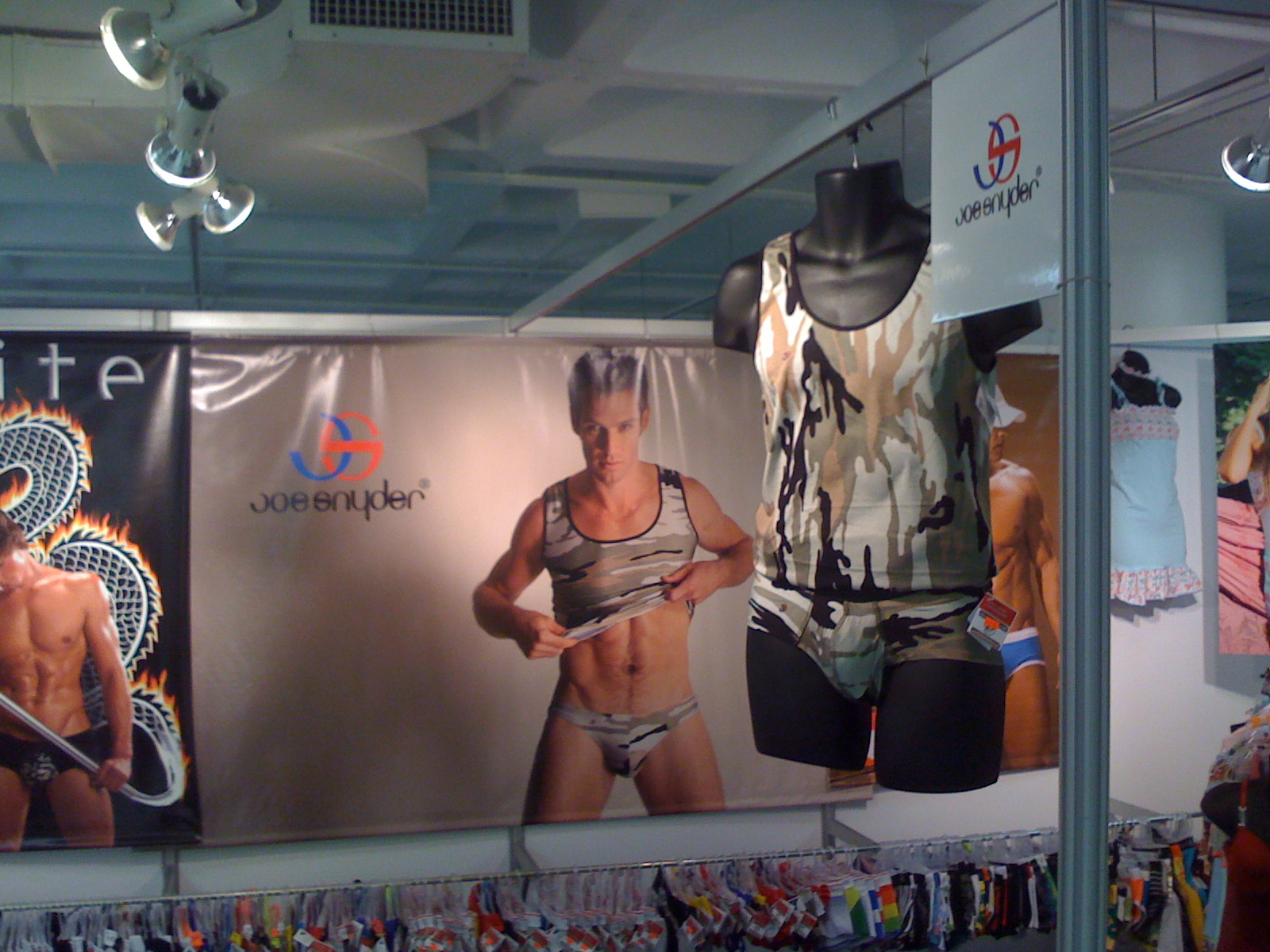 first. I registered and made my way up to the booths. I found them pretty easy. And when  saw the booth, I was in underwear heaven. They had all the lines from Steven, Elite and Joe Snyder. As you can see by the pic, it was pretty much everything.

They showed us a lot of stuff from each line. It was just great being able to see a lot of the undies you normally wouldn’t see. Since most retailers that I have been to carried certain items, but this whole collection at one place!

The booth was decked out in posters of all the undies they were carrying, and really caught the eye of some of the attendees. As I sat there talking, a few folks waked by and looked. I spend a good portion of the day talking to them and I found out a lot about the lines and they are great guys at Underwear Station.

As more items come out we will report on them from each of the three lines. The big show in Vegas was this past week, Magic. I hopefully will attend it and meet more people in undies and bring you a lot more fun and and interesting brands! 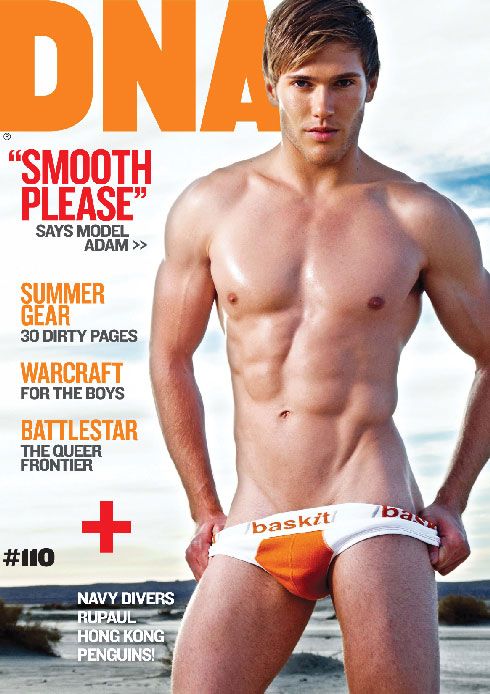 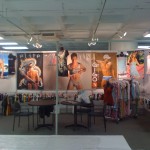